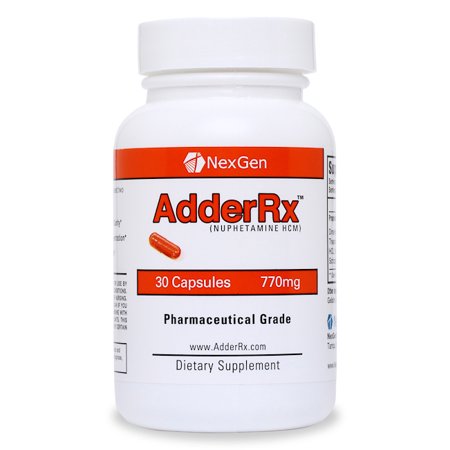 AdderRx is a brain health supplement marketed as a natural alternative to Adderall.

Produced by Nexgen, this nootropic supposedly works to enhance your cognitive function. It also claims to help you with:

Sounds great, doesn’t it? But it’s nothing new if we’re being honest!

Does AdderRx really work? What kind of ingredients and servings does it use? Should I be worried about side effects?

We answer these questions, and more, in this full AdderRx review.

Here we have a quick pros and cons section of this AdderRx review. Take a look below to see all the good and the bad sides of this nootropic.

AdderRx is made by Nexgen. This is a company that’s been on the market for some time now. However, one thorn in our side when it comes to this company is their marketing. The way they call their supplements (e.g. AdderRx, resembling Adderall) can give a false impression to users.

Adderall is a powerful stimulant, and you can only get it via your doctor’s prescription. There’s no natural or legal nootropic out there that can safely replicate Adderall’s effects.

Okay, AdderRx can’t replace Adderall – we get that.

So, what kind of benefits can you expect from it?

This is what the producers claim:

Let’s take a close up look at the ingredients to see if they’re in line with these claims.

If we wanted to create a natural and safe Adderall alternative, it definitely wouldn’t look like AdderRx. At its core, this supplement is nothing more than a bunch of stimulants and a couple of unproven ingredients packed together in one big proprietary blend.

This is how the ingredient label looks:

We do see a few great ingredients like DMAE and caffeine. But ultimately it’s let down by the fact that all ingredients are hidden in a proprietary blend.

If you didn’t know, a proprietary blend simply means that the manufacturer decided not to show you how much of each ingredient is in the product. The label only shows you the total dosage of the blend, which is disappointing.

We’re now going to take a look at each ingredient up close. This way we’ll see what it does and what benefits you can expect from it. Please share any thoughts or questions you may have in the comment section below.

Protects the brain and improves memory, but it can also cause side effects.

DMAE is a compound that you’ll often see in supplements like this. For one simple reason, and that’s because it works.

DMAE slows down the build-up of the so-called “aging pigment,” also known as amyloid plaque. Amyloid plaque is often associated with cognitive decline and other neurological issues.

Now, DMAE also shows promise when it comes to protecting brain cells directly. It embeds itself into the neuron where it acts as an antioxidant.

Some evidence suggests that DMAE can also help to increase acetylcholine. Which is a compound that regulates your memory and learning.

All of this sounds great, however, there’s also the other side of the coin.

DMAE is shown to be an unreliable ingredient in some cases. It works for some, but not for others. What’s more, DMAE is prone to causing side effects, so it’s not all butter and milk when it comes to this ingredient. Despite having some benefits, we’d much rather see a proven and safer ingredient in its stead. (1)

Raises alertness and focus, too much of it can cause anxiety and energy crashes though.

Now isn’t this a classic one. AdderRx has masked caffeine as “1,3,7 Trimethylxanthine” on the label. It might sound fancy and advanced to the layperson, but this is simply a chemical name for caffeine in its purest form.

That aside, caffeine is a great ingredient for anyone who can tolerate it. It’s arguably the best legal alertness and focus booster you can find. (2)

However, the issue with caffeine is the thin line between the dose that’s too high, and one that’s too low. Take too much of it and you’ll only get twitchy and irritable. Take too little, and it won’t have much of an effect on you.

The problem is that the caffeine dosage in AdderRx is unknown. Which is a concern.

Stimulant with a limited use because it’s quickly broken down into inactive molecules.

Basically, Phenylethylamine is a compound that our body naturally makes. It’s a trace amine and works as a stimulant in the brain. It may boost your dopamine and serotonin. Unfortunately though, these benefits are short-lived as phenylethylamine quickly gets destroyed in the body. (3)

We’re also not fans of stacking this ingredient with other stimulants such as caffeine. This raises the risk of side effects.

L-Theanine is a great ingredient to have alongside caffeine. That’s because caffeine is quite harsh in its effects and can quickly lead to crashes.

However, this is where L-Theanine steps in. It has the opposite effects than those of caffeine. Theanine smoothens out the jitters and helps you maintain that ‘zen’ state. Focused yet relaxed at the same time. (4)

It’s important to note though. Theanine is fat-soluble, meaning you should take this supplement with a meal to properly absorb all of its ingredients. Another issue is that L-Theanine optimal dosage is in the 150-300mg range.

We’re not quite sure how much Theanine there is in AdderRx either. It’s a part of one proprietary blend which hides the dosage facts.

We’re happy to see CDP-Choline included in AdderRx. This is one of our favorite cognitive boosters. Also known as citicoline, CDP Choline will raise your acetylcholine levels in the brain.

Now, why is this important?

Because acetylcholine is a neurotransmitter that regulates learning and memory, amongst other functions. (5)

The only issue is that you need around 150mg of citicoline per day for optimal benefits. AdderRx doesn’t show the dosage on the label, unfortunately.

An aggressive stimulant that increases the metabolism, no significant benefits on cognition.

If you’ve ever looked at fat burning or diet pills, you may have seen Synephrine among the ingredients.

This is because Synephrine acts as a stimulant. It raises your heart rate, makes you sweat more, and is generally quite strong in its effects. Because of this, it’s thought to help with fat loss.

With that said, we don’t really have any concrete evidence pointing that Synephrine is an effective cognitive enhancer. Therefore we can’t recommend it as one of our favorite nootropics. (6)

Helps to boost your metabolic rate. No proven nootropic effects.

Similarly to Syneprhine, this ingredient might help you lose some weight, but that’s about it.

The way it works is by preventing the breakdown of noradrenaline. This is a hormone that keeps you in a stressed state. Doesn’t sound that fun to us! (7)

Unfortunately, this is yet another understudied ingredient in AdderRx.

Schizandrol A is an extract from the Schisandra plant, which grows in China and Eastern Russia. It’s thought to have adaptogenic properties, helping to maintain healthy cortisol levels. But science isn’t yet fully sure whether it works or not.

Not only are there ingredients missing, but we’d also like to see a couple of them gone from the AdderRx formula. This includes Synephrine, Hordenine, and Beta-Phenylethylamine.

Other than that, we feel AdderRx would be a much better nootropic if it had these ingredients:

The dosage instructions on the AdderRx label say to take 1 pill per day.

There’s also a warning that says not to take more than 2 capsules within 24 hours.

As we said, there are quite a few stimulants in AdderRx. One stimulant alone can cause side effects in sensitive users. And when you combine a few of them the risk is even greater.

The biggest risk here comes from caffeine. AdderRx contains an unknown amount of this ingredient. When you take too much caffeine, you may experience these side effects:

The price of AdderRx depends on where you buy it. Generally, it’s somewhere around $40 per bottle. It’s worth noting that one bottle will last you a full month if you take 1 pill per day.

Is AdderRx Good Value For Money?

It’s not really. Although there are some good ingredients included in AdderRx, we didn’t like that it was all a part of a proprietary blend. This shows a lack of confidence in their product, and totally ruins the company’s trustworthiness in our eyes.

AdderRx is nothing like Adderall. While this nootropic does contain a couple of stimulants that are thought to boost your focus and alertness, it’s not even close to the effects that Adderall produces. Do we also need to mention that Adderall is a prescription drug, and AdderRx an OTC nutritional supplement?

So that concludes our AdderRx review.

As you saw, this product is marketed in a way to have you believe it’s similar to Adderall. Of course the reality is a lot different.

AdderRx is nothing more than a proprietary blend of stimulants. It might help you with focus and alertness, but we feel the side effects outweigh any potential benefits.

For this reason, we wouldn’t recommend AdderRx as our top nootropic. Not by a long shot! 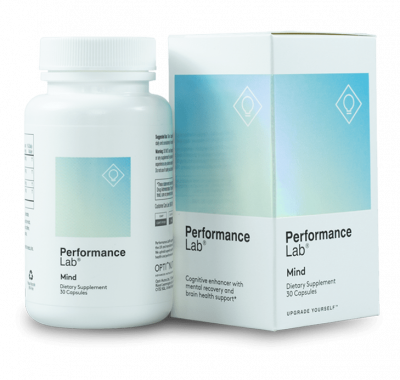 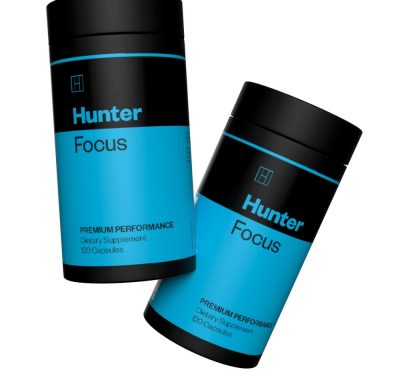 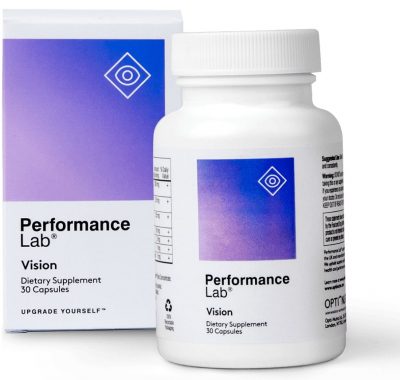 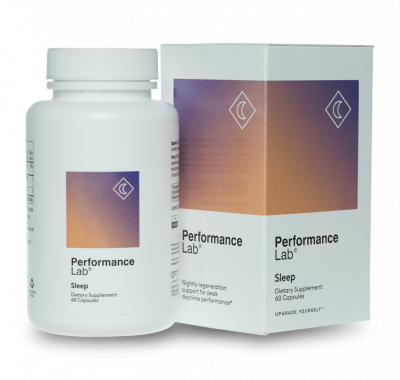 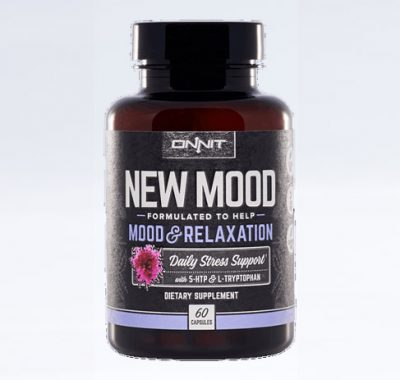 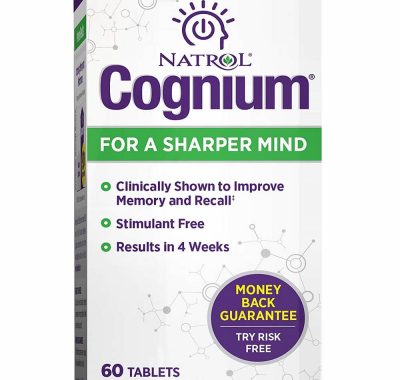 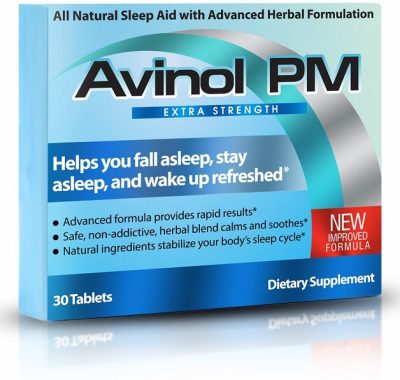 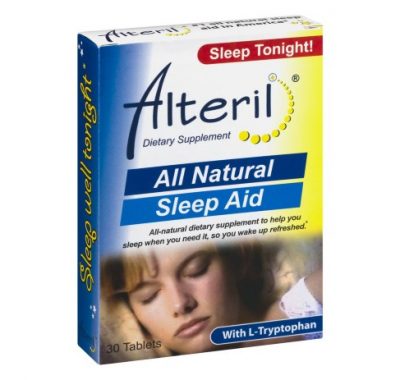 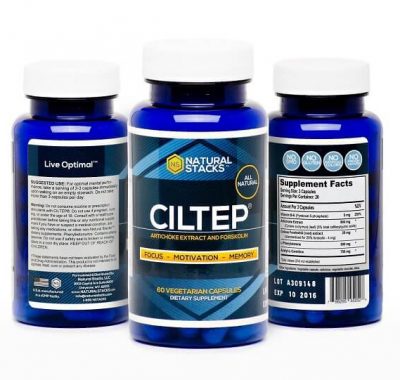