How does Ashwagandha Affect Mood & Neurotransmitters?

Ashwagandha belongs to adaptogens. These are herbs and natural supplements that help your body deal with stress.

In this article, we’ll explain how does ashwagandha affect your mood & neurotransmitters – in detail.

Ashwagandha’s Effects on Your Mood

Ashwagandha has profound effects on your mood. This is due to withanolides, the active ingredient in this herb, which stimulates certain regions of the brain.

In particular, ashwagandha is effective in reducing anxiety, stress, and depression. Let’s take a deeper look at each one of these, shall we?

Ashwagandha is one of the favorite go-to anxiety herbs among people. And for a good reason.

Many studies have shown that ashwagandha dramatically reduces symptoms of anxiety and stress.

In a 2-month study with 64 volunteers with chronic stress, those who took ashwagandha had a 69% anxiety & insomnia reduction on average. By contrast, the placebo group only reported an 11% reduction in anxiety. (1)

In another study, 88% of volunteers who ingested ashwagandha had lower anxiety. On the other hand, only 50% of those who took the placebo reported a reduction in anxiety symptoms.

Ashwagandha’s effects on stress tie in with its benefits for anxiety.

Experts have found that ashwagandha blocks stress pathways in the brain. (3)

How does it do it?

The answer is rather complex, but simply said, ashwagandha regulates chemical signaling in the nervous system.

These chemicals include neurotransmitters such as GABA and serotonin.

While GABA essentially calms your mind down, serotonin regulates mood.

Let’s say that the brain is a child. GABA and serotonin are its parents.

When the child starts crying, what do parents do? They sing the child a gentle song, smile at him, and try to calm the child down.

But what happens when there are no parents around and the child is crying?

Chances are, the situation gets even worse.

This is exactly what happens in your brain when your neurotransmitters, such as GABA and serotonin, don’t get released in optimal quantities. Or aren’t working properly.

You start feeling down and depressed. And probably anxious too.

Not a great combo.

By regulating the release and re-uptake of these neurotransmitters, ashwagandha calms your mind down and makes you feel happier.

Several studies have shown that ashwagandha reduces both stress and anxiety at the same time.(4)

And as if that wasn’t impressive, ashwagandha also directly reduces cortisol – the stress hormone. Research shows that ashwagandha can reduce cortisol anywhere from 11% to 33%! (5)

Still, the research that we do have looks promising.

A couple of studies showed that people who take ashwagandha regularly starve out their depression. The condition slowly fades away.

A 2-month study in 64 stressed and severely depressed adults found that 600mg of ashwagandha extract, taken daily, reduced their depression by 79% on average. A placebo group, on the other hand, only had a 10% reduction in depressive symptoms.

Again, these are only a few studies, and I wouldn’t rely on ashwagandha alone to treat depression. Consulting your doctor is always the best idea. However, in conjunction with other anti-depressant herbs and supplements, ashwagandha could prove to be a powerful herb for alleviating this condition.

How Ashwagandha Affects Your Neurotransmitters

There are two main neurotransmitters that ashwagandha affects – serotonin and GABA. It also affects dopamine, but not to the same extent.

Here’s how it works:

Ashwagandha is a GABA agonist, which means it enhances the production of this neurotransmitter. It works on neuron receptors and enables GABA to connect easily. (3)

In addition, ashwagandha enhances serotonin receptors in the brain. Ultimately, this blocks the signals that your body would usually send when under stress – helping you to stay calm.

A Canadian study tested 75 people who suffered from moderate to severe anxiety and panic attacks. Ashwagandha dramatically reduced anxiety symptoms in the group by increasing their GABA and serotonin levels in the brain. On the other hand, the placebo group had no improvements in anxiety. (4) 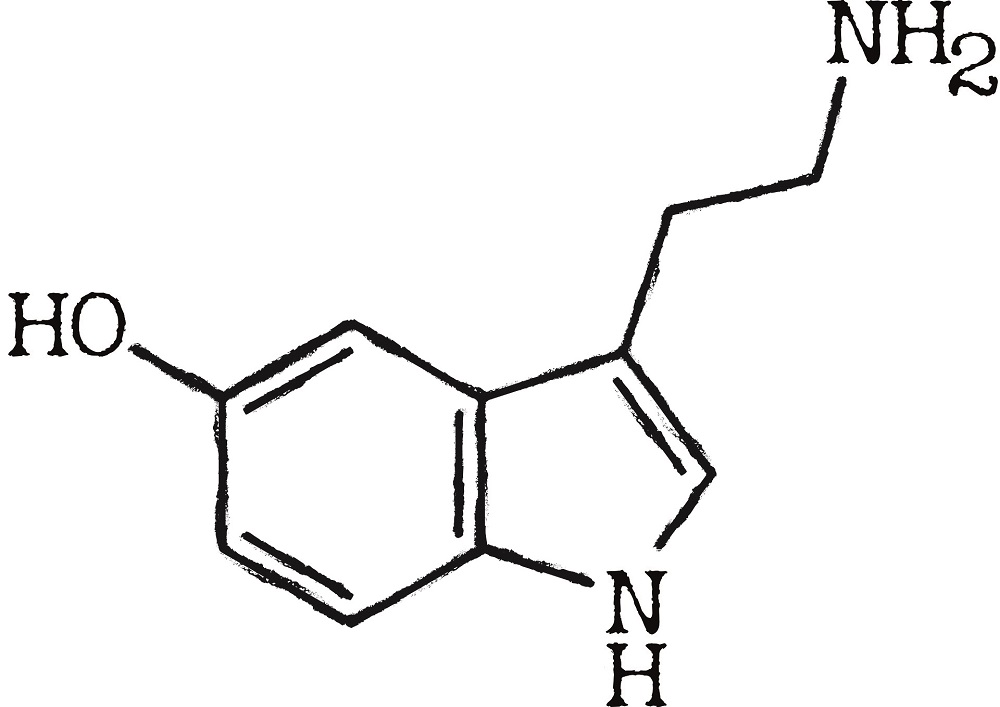 The chemical structure of serotonin.

Here are the dosage recommendations for ashwagandha extracts:

I always suggest starting with a lower end of the dosage to see how you react. If it doesn’t work, keep increasing the dosage until you find your sweet spot.

Ashwagandha With or Without Food

Always follow what the label on your ashwagandha product says. Or consult with your healthcare practitioner.

However, the general recommendation is to take ashwagandha with a meal, to help with the absorption of its fat-soluble parts.

Ashwagandha is generally safe for people.

However, as with many other herbs and supplements, it isn’t for everyone.

People who shouldn’t take ashwagandha include:

Again, if you belong to any of these groups, make sure to talk with your doctor before taking Ashwagandha. 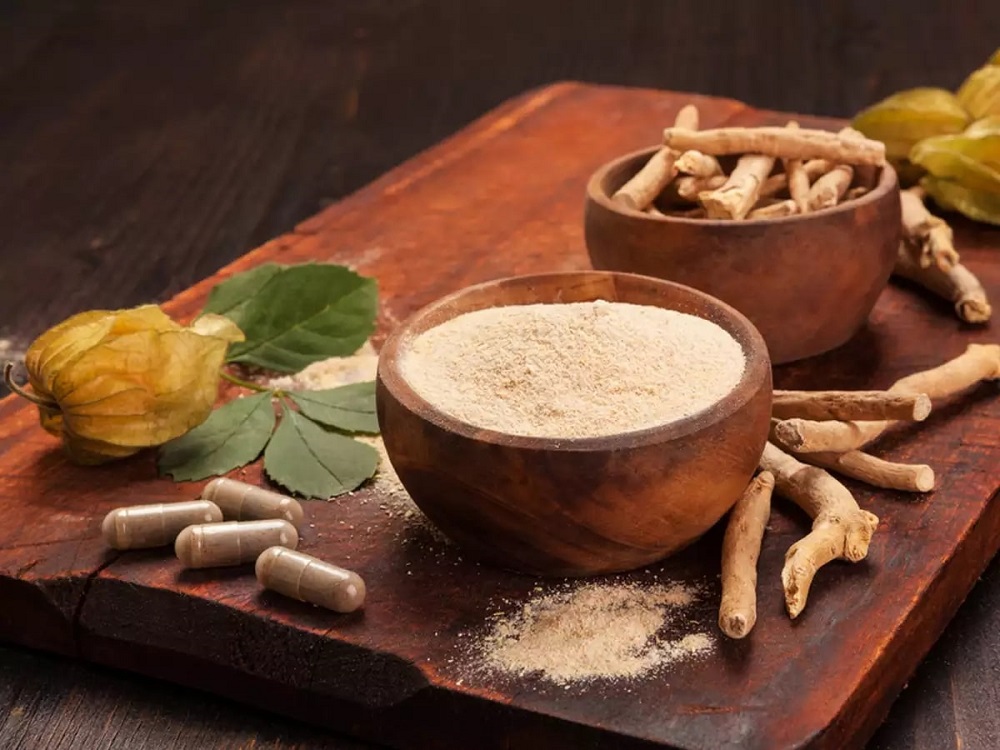 Ashwagandha is an ancient herb from traditional eastern medicine, famed for its healing properties.

Categorized as an adaptogen, Ashwagandha helps you combat stress, anxiety, and depression. It does this by enhancing your brain neurotransmitters – including serotonin and GABA.

This herb is safe for most people. That said, pregnant or breastfeeding women, and people who take certain medications should be wary of taking ashwagandha.

You can take ashwagandha either as a powder or extract. Obviously, you’ll have to take a higher dose of powders, while extracts can be taken in smaller amounts since they are more concentrated.