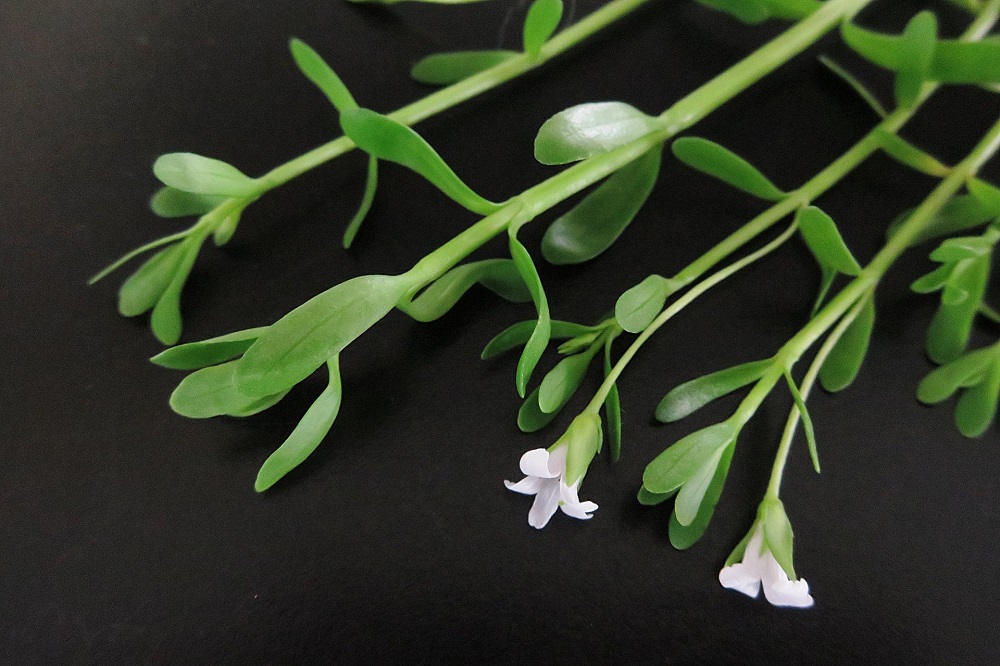 Bacopa monnieri (AKA: Brahmi) is an Ayurvedic herb best known for its memory-boosting properties.

Since ancient times, it has been used to improve cognition and information retention.

Only recently though, science has shown bacopa has other benefits, too:

Here, we explain all about Bacopa and how it works in your brain – as shown in clinical research.

What is Bacopa Monnieri?

Bacopa Monnieri is also known as water hyssop and Brahmi. The name originates from the god of Hinduism, Brahma.

The records of Bacopa date back to ancient Ayurvedic times.

This herb was believed to possess magical memory-enhancing properties.

And anyone who would drink Bacopa, would be rejuvenated mentally.

According to science, these people weren’t far off with their findings.

Bacopa is a promising nootropic for boosting memory and cognition.

It’s also effective in regards to reducing stress, anxiety, and depression – along with protecting from oxidative stress and damage to brain cells.

The active compound in Bacopa is called Bacoside A. It’s fat-soluble and can readily cross the blood-brain barrier.

Once it enters the brain, Bacopa starts exerting some of its powerful benefits. These include:

A study conducted in India showed that Bacopa is as effective for reducing anxiety as a prescription medication such as lorazepam.

However, lorazepam is linked to memory loss.

On the other hand, bacopa showed to reduce anxiety while improving memory and cognition. (1)

Not only that, bacopa increases the growth of dendrites. These are short extensions of your brain cells which are responsible for their communication.

In a study from Oregon, 54 volunteers received 300mg of Bacopa every day for 12 weeks.

At the end of the study, the study participants had much better memory, learning, word recall, attention, and reduced anxiety and resting heart rate. (2)

Bacopa’s Effects on Your Brain

At the same time, it appears to boost other aspects of cognition, such as learning and focus. (3, 4)

Other research shows that Bacopa possesses adaptogenic effects. It blunts the effects of stress, calms you down, and keeps your cognitive functions sharp at the same time. (5)

This is one advantage that Bacopa has over traditional anti-stress and anti-anxiety therapies, which calm the mind but also slow down your cognition. (5)

Bacopa monnieri is a perfect nootropic for students and people looking to retain newly gained information.

What’s more, it’s also a perfect supplement for those who want to stay composed during stressful times.

So, the question is:

How does Bacopa do all of this?

In order to find that out, we should look at the brain pathways which Bacopa affects. 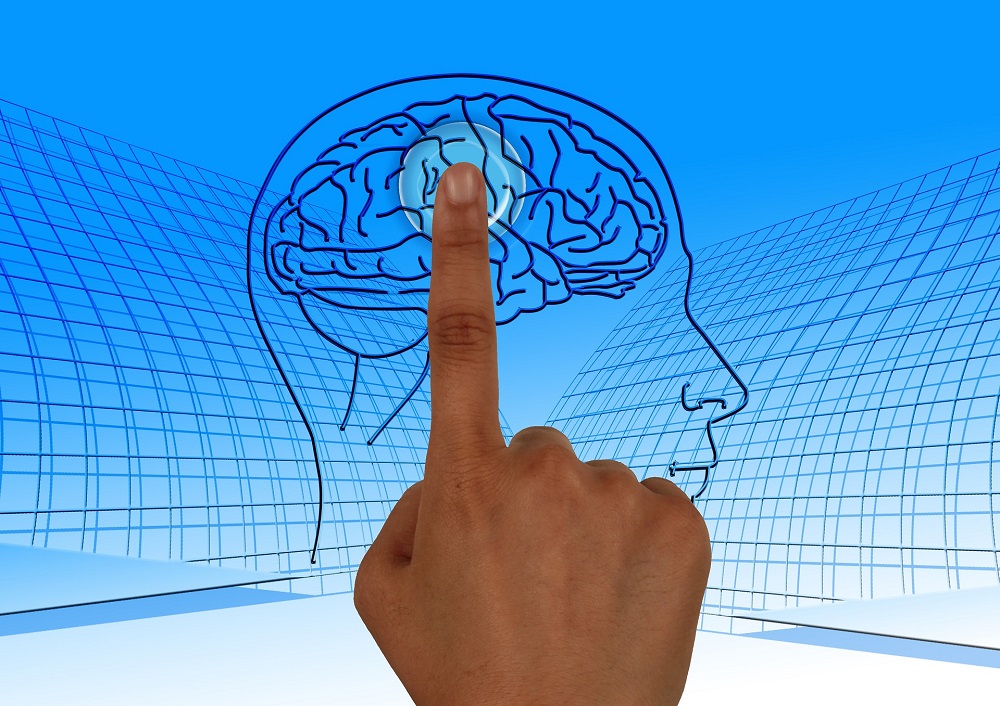 This is a key neurotransmitter for your cognition, memory, and mental performance.

Animal research backs this up and shows that bacopa indeed does increase acetylcholine in the brains of animals – which helps with learning and memory. (7)

In addition, Bacopa also raises serotonin and GABA levels in the brain.

Which explains the calming and mood-enhancing effects of the herb. (10)

Bacopa Monnieri is a strong antioxidant which regenerates other antioxidants in the brain.

These include glutathione peroxidase and superoxide dismutase. (5)

Thanks to its strong antioxidant activity, bacopa protects the neurons from free radical damage.

And thanks to its adaptogenic activity, Bacopa helps you deal with the damaging effects of stress too.

It’s well known that stress can kill your brain cells. Bacopa prevents this and enables the brain to think quickly and clearly under challenging situations.

As per animal evidence, Bacopa Monnieri boosts cerebral blood flow by up to 25%. (10)

The better the blood flow, the more oxygen and nutrients your brain gets.

Ultimately, experts call this a “pro-cognitive” effect of Bacopa. 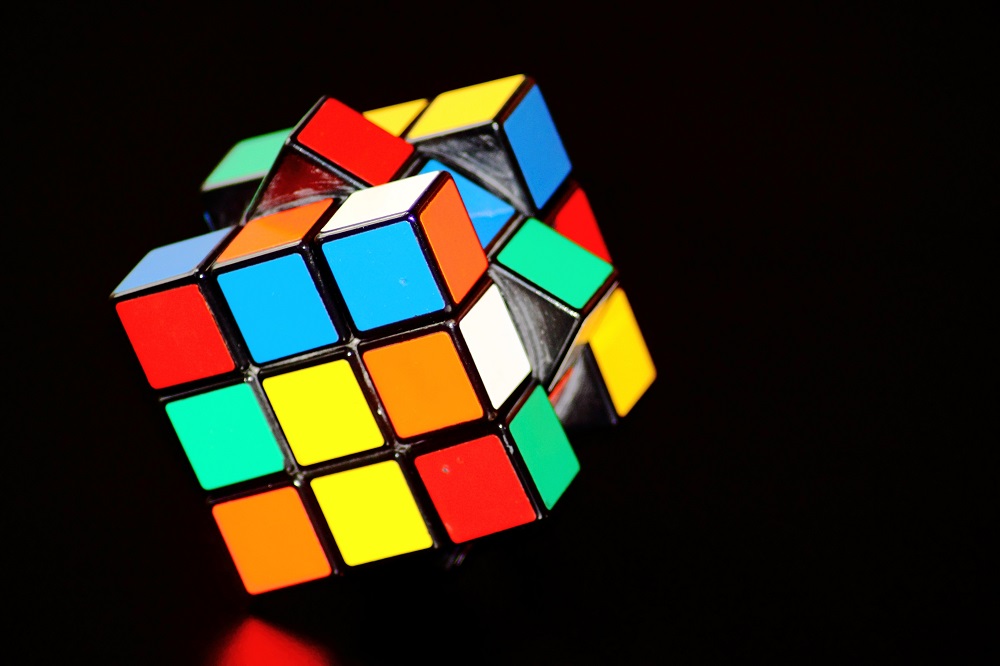 Bacopa Monnieri might be best known for boosting memory. But it’s also a powerful stress reducer.

The research found that these people had a much better mood and lower cortisol after taking Bacopa.

This study showed the adaptogenic power of this herb.

It not only reduced perceived stress and mood, but it affected these people on a hormonal level. That is, it reduced cortisol and raised feel-good neurotransmitters. (11)

This study comes all the way from Swinburne University, Australia.

The research involved 107 healthy people who received 300mg of Bacopa Monnieri for 3 months.

Heavy metals such as aluminum can do a lot of damage to your brain.

Unfortunately, they can’t be completely avoided because they are pretty much everywhere.

Of course, it’s still possible to reduce exposure from these toxic elements.

For example, when using deodorants, choose the one which doesn’t contain any aluminum.

Another way of preventing the damage of heavy metals is by taking Bacopa Monnieri.

Studies suggest that this herb protects you from toxins such as aluminum.

It does this by preventing the build-up of heavy metals within and between brain cells. 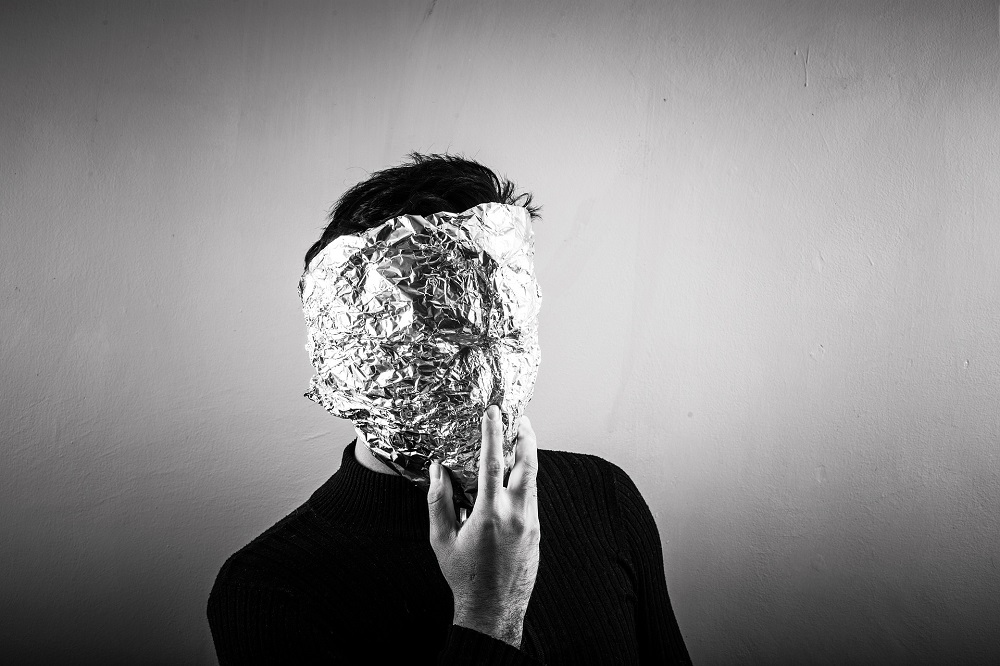 Bacopa also prevents damage to your hippocampus. This area of the brain is key to cognition, memory, focus, and other mental functions.

That’s the kind of aluminum that damages your neurons.

Some of these rats were given Bacopa Monnieri prior to this.

Ultimately, Bacopa protected the rats’ brains from the damage caused by aluminum.

It restored critical antioxidants such as superoxide dismutase (SOD) to almost normal levels. (13)

How to Take Bacopa Monnieri

The suggested Bacopa dose is different for every person.

The general consensus is that, you should always start with the lowest dose that works.

Also, Bacopa doesn’t show its benefits immediately. It takes at least several days to start building up in your system.

If your Bacopa Monnieri contains 20% bacosides, take 750mg a day.

Higher doses should be spread throughout the day into two doses. One in the morning, another in the afternoon.

Important note: Bacopa is fat-soluble. You need to take it with a meal for it to be absorbed properly and delivered into your brain. 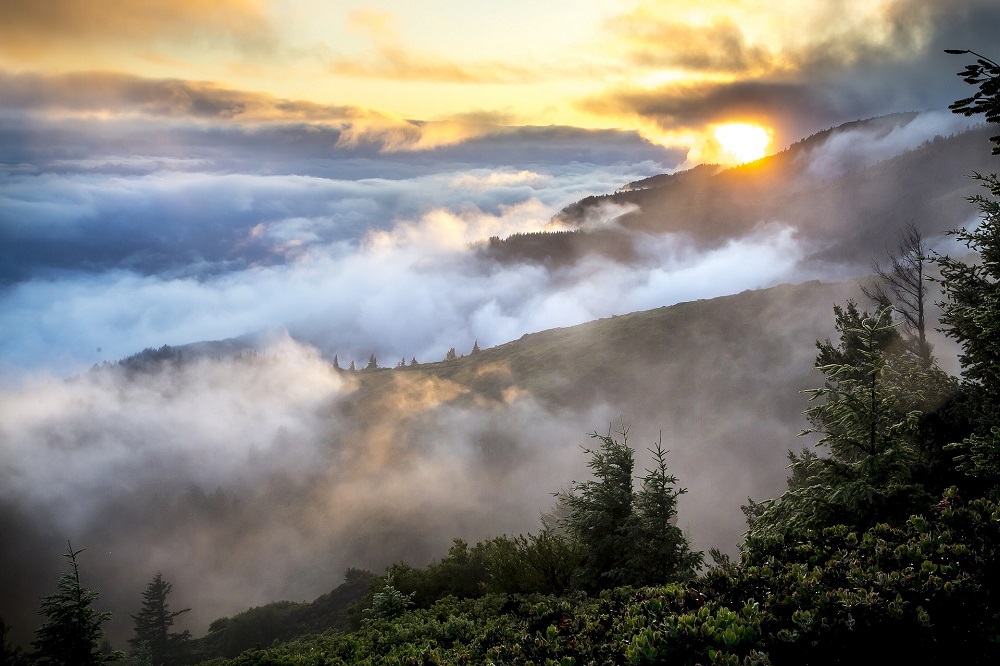 Instead, it slowly builds up in your brain, and over time, can cause some profound effects.

Most users experience a reduction in anxiety as soon as 4 days after starting Bacopa Monnieri.

For others, it takes more. Every person is different.

And by the 12th week, Bacopa Monnieri’s benefits were in full swing. (14)

So again, Bacopa may take quite a bit of time to work. But for most people, the benefits are worth the wait.

And the good news is: Bacopa continues to work even after you stop supplementing it. The benefits of this herb are long-term. Including anxiety reduction, a sharper memory, and improved focus. 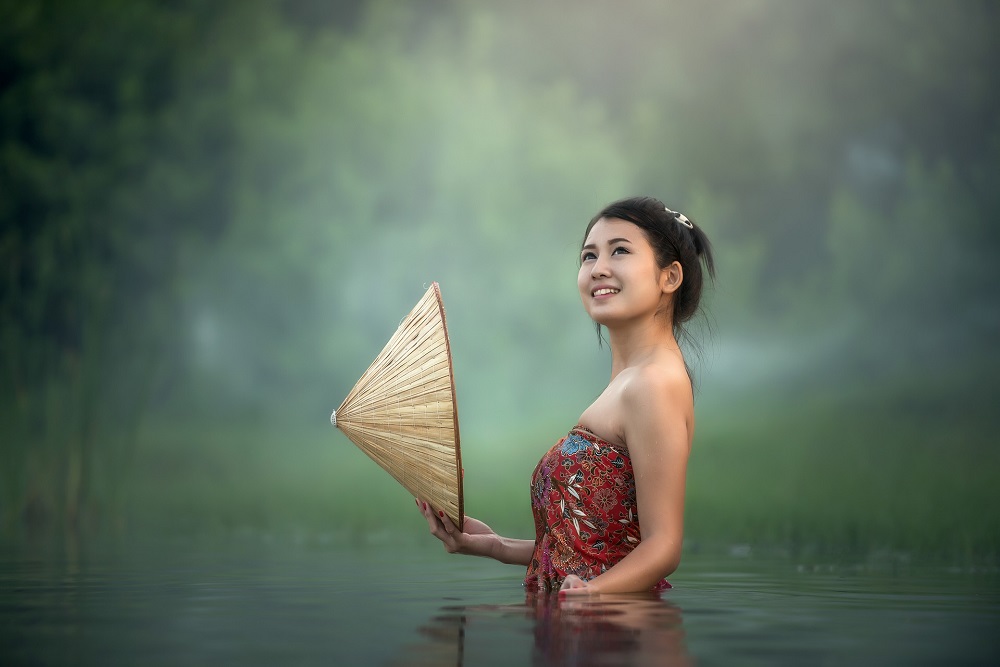 You’ll be happy to know that Bacopa is a safe herb.

Side effects from taking it are rare.

In very few cases, Bacopa Monnieri can cause upset stomach or fatigue.

Other than that, if you’re on any medication, you should always talk with your doctor before taking any supplement, and that includes Bacopa. Just to be on the safe side.

Can Bacopa Monnieri cause insomnia? In most cases, Bacopa shouldn’t cause insomnia. In fact, it does the opposite – Bacopa raises GABA and lowers cortisol, which relaxes the nervous system and helps you fall asleep. But if you want, you can always take Bacopa early in the day to make sure it doesn’t interfere with your sleep.

How much Bacopa to take? The recommended Bacopa dosage is between 250-700mg for an extract. And 2-3 grams if taking a powder. That said, the dosage depends on the bacosides content and the person who’s taking it, as everyone is different. Stick to what the supplement label says.

Can you take Bacopa long term?  The longest Bacopa study lasted 12 weeks. It showed that the longer you take Bacopa, the more pronounced the benefits, reaching their peak after around 12 weeks. That said, there aren’t any studies that lasted longer than this, so it might be wise to take a break from Bacopa every few months.

Is Bacopa good for anxiety? Bacopa is one of the go-to nootropics for people with anxiety. It helps reduce cortisol, the stress hormone. Along with boosting serotonin and GABA, two neurotransmitters that help reduce anxiety. 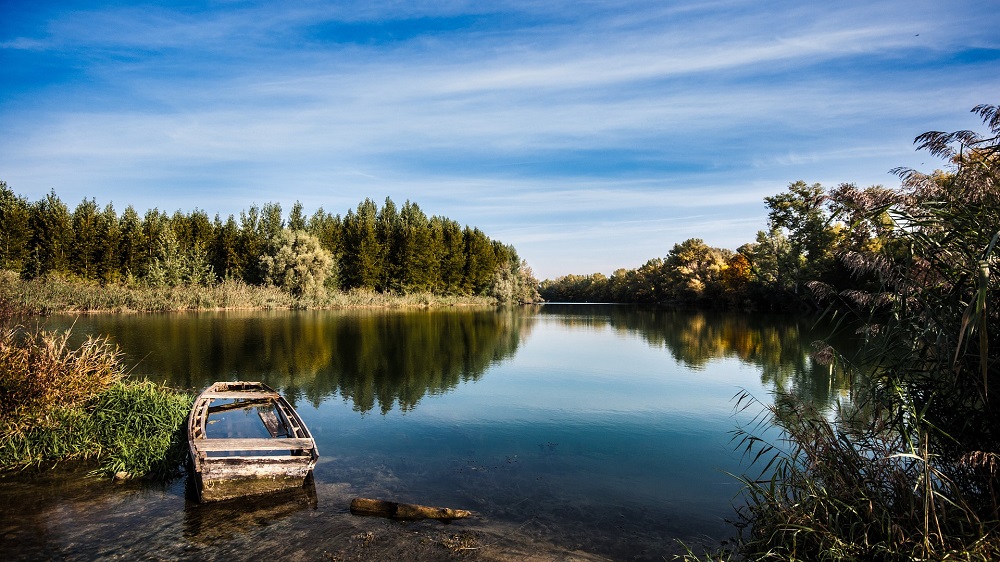 Bacopa Monnieri is one of the most popular nootropics for memory and mood enhancement.

Studies show that it takes between 8-12 weeks of daily use for Bacopa to show its full benefits.

That’s because Bacopa slowly builds up in your brain.

Its horrible taste aside, Bacopa is a safe herb for most people. Its only possible side effects are nausea and fatigue.

All in all, it’s one of the most effective nootropics for cognitive and mood enhancement.