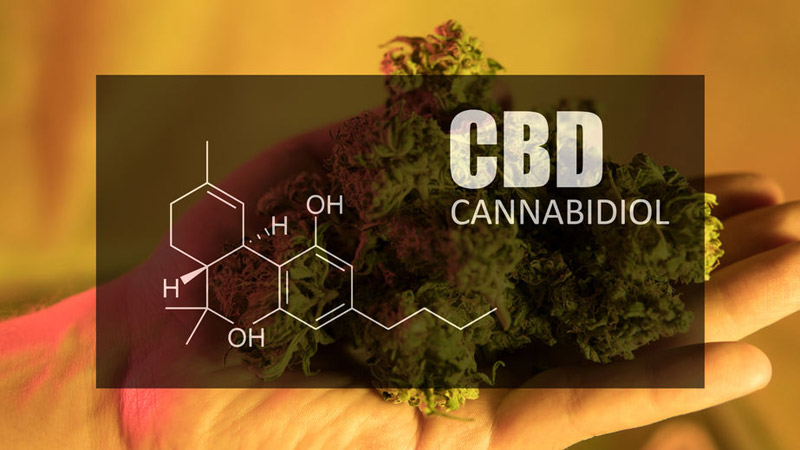 We’ve all been there – you’re woken up by the alarm, tell yourself “just five more minutes”, and next thing you know you’re rushing out the door with 15 minutes to get to work. Now comes the crucial decision: do you make up a quick, healthy couple of eggs, or stop at the Dunkin’ Donuts on the way for breakfast?

The answer is, and always will be for most people, the donut. As the great Socrates once said,

Flash forward a couple of months and you start to see the result of those cumulative donuts manifesting in your waistline. Socrates, in all his wisdom, was right; the donut has won.

Weight gain like this can be brutal and demoralizing, and it takes time, exercise, and a change in habits to curb it. However, there are easier ways to start your path toward a thinner belly, and one of those ways is through CBD.

We’ll tell you right here, CBD is promising for weight loss, but also as a supplement that can impact so many other parts of your life. We’re excited, and once you get to the end of this article, you will be too.

What is Cannabidiol (CBD)?

Ask any person what they think of when they hear the word “Cannabis”, and you’ll probably get a response close to, “what I do on a Sunday night with Netflix and a box of microwave pizza”, “most of the 1960-70s”, or “I told you to stop bringing this up at the dinner table, Jeremy” .

In these cases, people are thinking of the psychoactive part of the Cannabis sativa plant, delta 9-tetrahydrocannabinol (THC). However, there is another part of the plant that tends to curb the effects of THC – cannabidiol, or CBD.

CBD is the responsible older sibling to THC’s rowdiness. THC activates a receptor in the central nervous system named CB1, which ultimately allows the release of dopamine, a feel-good chemical in your brain and neurons.

While this is great, too much THC means too much activation of CB1, which leads to too much dopamine and a constant search for that good feeling – in other words, reward-seeking, in the form of drugs or food (those classic munchies) [13]. Too much THC also leads to a higher amount of anxiety and stress [14].

However, CBD can curb these negative feelings while helping THC keep its edge. While researchers are still working on painting the whole picture, they have found that CBD works to indirectly affect the CB1 receptors. That means THC can’t bind to CB1, which leads to less of a withdrawal effect, less high-seeking, and less post-THC anxiety [13, 14].

Some describe the feeling of taking CBD as having a “body high” rather than a “mind-altering high”, the same type of satisfied high you feel after a good workout at the gym [12].

The benefits don’t stop there: CBD’s positive effects have been studied in a variety of medical contexts, from treatment for severe epilepsy [3, 8], to post-traumatic stress disorder [4], to multiple sclerosis [10], and even cancer [6].

In all cases, CBD is becoming a promising way of treating pain and depressive symptoms, while maintaining safety. In fact, scientists have found almost no negative side effects to taking CBD, even at high doses [3]. These days, CBD has been approved as a prescription medicine in Canada (Sativex® 1), and can be found in a variety of consumer products [12].

So what kind of effects does CBD have on weight loss?

Rimonabant and the CBD Alternative

Let’s start by looking back at Europe in 2006. Obesity levels were on the rise, and researchers had found a possible cause – the activation of CB1 receptors, which caused more food cravings and lower metabolism (mirroring the effects of taking THC).

With this knowledge, a medicine was developed that could help – rimonabant. Rimonabant worked by attaching to those same CB1 receptors so that other chemicals could not, essentially acting as a stop sign in the cells.

The effects were dramatic: studies showed that rimonabant caused a sizeable decrease in weight and waist circumference, as well as reductions in biochemicals associated with obesity (ex. cholesterol, triglycerides) [2, 11]

However, rimonabant had a dark side as well. Customers began reporting feeling depressed more frequently, and researchers began to see more patients withdraw from their studies because of these feelings.

In fact, in one study, researchers reported up to 43.4% of subjects taking rimonabant experienced “psychiatric adverse events” [11]. Eventually, after numerous changes to labeling in order to warn of these side effects, and despite the proven weight loss benefits, the European Medicines Agency (EMEA) decided to suspend marketing of rimonabant [11].

So what’s a pharmacist to do at this point? Look for an alternative that has all the benefits, but little to no risk.

That’s where CBD came in. As more research was done on the hemp plant and its various components, scientists found that one constituent in particular – CBD – had the opposite effect of its more famous, psychoactive partner, THC, and a similar effect to rimonabant.

In 2011, a group of researchers decided to put CBD to the test. In the first experiment, they tested subjects (in this case rats) with one of four different treatments: a non-medicinal substance (called a “vehicle”), saline, a small dose of CBD or a larger dose of CBD.

After 14 days of CBD dosing, the subjects were weighed, and the results were clear: those on “control” treatments (vehicle or saline) had insignificant changes, while the subjects taking CBD averaged around 25% less weight [5].

So how did this weight loss happen? (The SCIENCE)

From previous studies, the researchers knew that CBD could only weakly block the CB1 receptors; it wasn’t as strong as rimonabant in this way, but still had the same effect. However, they knew there was another receptor that could hold the key – CB2. In the second experiment, subjects were again given one of four mixtures: vehicle-vehicle, vehicle mixed with a CB2-blocker (named AMD630), vehicle-CBD, or CBD-AMD630. Since AMD630 blocks the CB2 receptors, those with these treatments were expected to gain weight as normal, and that is exactly what happened.

All subjects with the vehicle-vehicle, vehicle-AMD630, or CBD-AMD630 treatments ended at roughly 40 grams. And the CBD-only subjects? Around 30 grams. While CBD didn’t seem to affect CB1 receptors to curb appetite or weight gain, it instead seemed to do so through the CB2 receptors [5]. The best part? After these treatments, the subjects showed none of the adverse side effects found with rimonabant, and in fact showed a high tolerance for CBD.

Originally most scientists believed that BAT was only really found in babies or small mammals, as a way to endure cold winters. However, in recent years, they have found that BAT is not only present in adults, but it is actively used to regulate body temperature and energy, which has led some to actively pursue BAT research as a possible treatment for obesity [9].

Interestingly, researchers have also found that WAT cells have the ability to change into BAT cells, a process called “browning”.

Enter: CBD. Researchers had found around eight genes and three proteins that specifically contributed to the WAT to BAT change, and two researchers decided to see what effect CBD had on their regulation. They took a type of white fat cell named 3T3-L1 and subjected these cells to one of three different treatments – a control (methanol), a “browning cocktail” of various chemicals, or CBD.

After treatment for several days, they found that the cells treated with CBD were drastically up-regulating expression of proteins and genes for BAT – sometimes a relative expression of up to 1050% versus the 100% of the control group.

This is evidence of the WAT 3T3-L1 cells “browning”, or changing into BAT. While this is exciting in itself, they also found that cells treated with CBD created more proteins that caused lipolysis, or the breaking down of fat cells for energy, and at the same time down-regulated genes responsible for creating new fat cells.

So with CBD, WAT cells were more prone to change into BAT cells, more likely to break down fat cells, and less likely to create new fat cells, a 3-for-1 deal of weight loss [7].

In short, CBD can help break down fat and even help slow down the production of new fat, all whilst re-purposing visible white fat into brown fat tissue to be used for energy

So what is the take-home from all of this? Is CBD the cure-all weight loss supplement you’ve been dreaming of? While there will never be a magic pill to directly fix all of your weight needs, CBD is looking to be a promising alternative to the risky and caffeine filled supplements on the market now.

The research on CBD is relatively new, but with nearly no negative side effects [5] and truly astounding implications in anti-fat and anti-obesity treatments [7], it’s hard to argue against its potential.