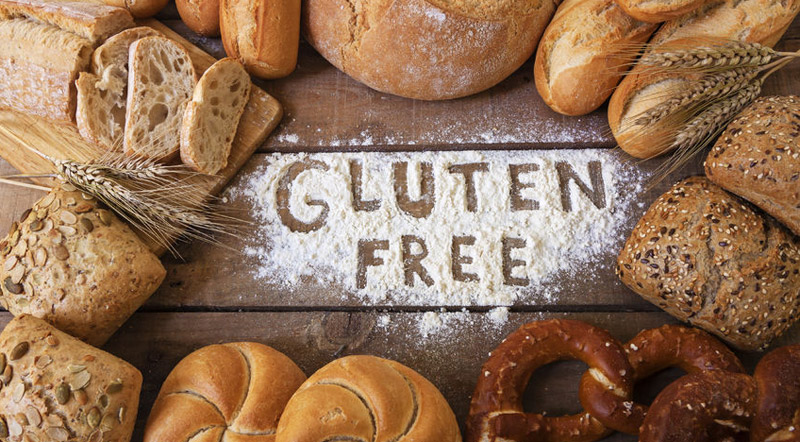 Puttin’ the boot in to gluten

Man, gluten’s had a rough old time of it in recent years, eh? Sometimes seems like you could go to the doctor with a knife stuck in you and they’d narrow it down either to a stabbing or gluten sensitivity.

Famously, tennis player Novak Djokovic credits cutting gluten with the form which saw him go on to pick up championships like (gluten-free) samples at a supermarket. For a while it looked like poor gluten’s fate was which that we all fear: being left on the shelf.

But is it possible we’ve been blaming the wrong protein all along? A 2013 study suggests so. What’s more, the team from Monash University believe they may have found the found the real guilty party.

About 1% of the population have an autoimmune condition known as celiac disease. This means when sufferers ingest gluten, their body’s own immune system triggers an unwanted response.

This can causes a variety of unpleasant symptoms, such as: fatigue, stomach pain, rashes, vitamin deficiency or numbness in the hands and feet. If left untreated it also often develops into more serious, long term health problems. No question people with celiac disease should have nothing at all to do with gluten.

Right now you’re probably thinking, ‘Wow, a whole 1%? Pretty niche article this one guys, I’m out.” Well hang on just a minute. Because until recently it was thought far more people had ‘gluten sensitivity.’ That number is up around 12%.

Basically this is when your symptoms aren’t as severe as in celiac disease, but you still experience milder problems. An upset stomach maybe, or persistent low energy. Just generally feeling lousy in any number of ways.

It’s these supposedly sensitive souls who might want rethink their eating habits in the face of this recent(ish) study.

For their trial the Monash University crew recruited 59 non-celiac adults who were currently avoiding gluten in their diet. The subjects were given 3 cereal bars containing either gluten, fructans or nothing.

For the record, fructans are a type of sugar chain present in wheat, barley and rye. It can also be found in onions, garlic, chickpeas, cabbage, and artichokes.

Each participant then ate one of these bars a day for 7 days, leaving a large gap between moving to the next one. At no point did they know which bar they were taking.

“Gluten was originally assumed to be the culprit because of celiac disease, and the fact that people felt better when they stopped eating wheat. Now it seems like that initial assumption was wrong.”

So what’s the advice now?

These findings would certainly explain why people who give up gluten do feel better, but usually still not quite 100%. Namely, because many gluten rich products are also high in fructans, so they are cutting down on the real villain to an extent.

However you’ll still likely be chowing down on gluten-free products that are crammed with what you should really be avoiding.

Increasingly the advice – for everyone from IBS sufferers to those with sensitive digestion – is less about stating away from gluten and more about giving a group known as FODMAP the swerve.

That’s fermentable oligosaccharides, disaccharides, monosaccharides and polyols. Like fructans, these too are sugar chains, which are linked to digestive upset.

One of the good guys now?

It’s possible that a small minority of non-celiacs do react to gluten and studies so far haven’t been big enough to readily detect them. But certainly the evidence points to fructans being more of a problem.”

There was a rumour flying around for a while that far from just causing stomach upsets and fatigue, gluten may also increase your risk of heart disease. Thankfully, this has been been disproved.

13 scientists from respected institutions, including Harvard University, studied almost 100,000 people with no history of coronary trouble. Participants answered detailed questions about dietary habits every few years from 1986 to 2010.

The data showed no link between gluten intake and a raised risk heart problems. In a statement researchers reported,

“The promotion of gluten-free diets for the purpose of coronary heart disease prevention among asymptomatic people without celiac disease should not be recommended.”

Based on what we’ve seen then it looks like gluten is pretty harmless. Good for you in fact. Makes you wonder why a study from 2013 is only starting to break through now.

Not to go all Fox Mulder on you, but is it possible it’s something to do with the booming gluten-free product industry? The Gluten Makes You Ill-uminati, man! They’re always watching.

Look if you’ve already cut gluten out and it’s working for you, great. Who are we to argue with Novak Djokovic?.

All we’re saying is if your starting to feel a bit sluggish and think it may have to do with diet, gluten probably shouldn’t be your first stop anymore.