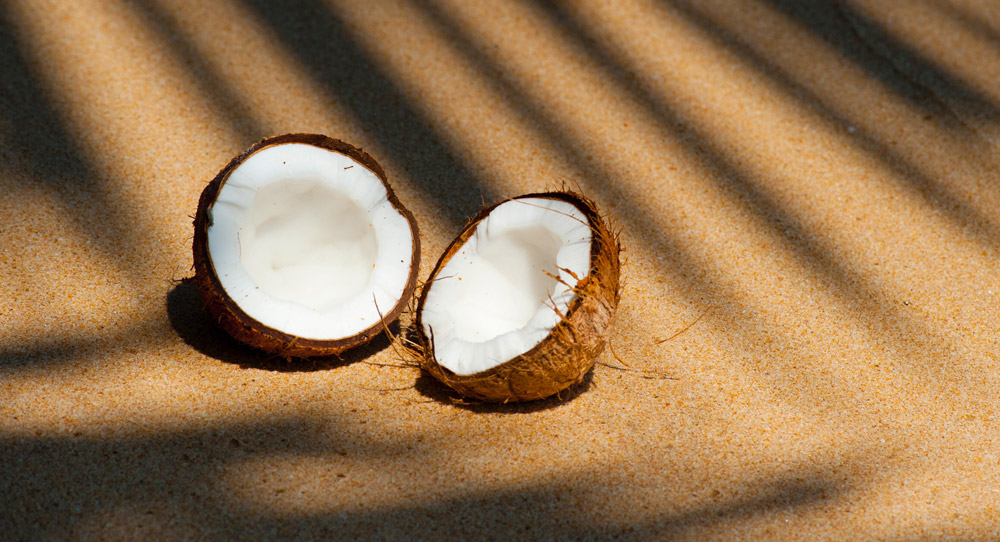 Coconut oil benefits and side effects

In natural health circles coconut oil is regarded as the master of all super foods and punted to be a cure for many lifestyle diseases and a product that will enhance health and wellness and promote weight loss.

Classified by its advocates as a super food, coconut oil is high in energy and fat. (https://ndb.nal.usda.gov/ndb/foods/show/659) It contains no fibre, vitamins or minerals. It does contain 11 grams of a saturated fat in a single tablespoon of the oil.

Its proponents argue that the magic of coconut oil is locked up in how these fat molecules metabolises. Coconut oil contains three types of medium chain fatty acids, Caprylic acid, Lauric Acid and Capric Acid.

The body breaks these down in three steps as opposed to the 26 steps most other fats go through when metabolised. MCTs are also broken down into energy by the liver and not readily stored as fat.

They are also not readily stored as fat, have antimicrobial and antifungal properties and is easier to access for energy. As MCTs are processed by the liver they are also converted to energy faster and not stored as fat. (https://draxe.com/coconut-oil-benefits/)

A review of studies into the way coconut oils are metabolised however found that this might be an overstatement. https://www.ncbi.nlm.nih.gov/pubmed/30395784

A 2019 study published in the Journal of the American College of Nutrition found that there was an increasing popularity for coconut oil products due to the perceived health effects” of these medium-chain fatty acids.

The researchers stated that research on pure medium-chain fatty acids cannot be directly applied to coconut oil products since it encompasses a large profile of various fatty acids.

Limited but consistent evidence supports the topical use for prevention and treatment of atopic dermatitis, as well as in “oil pulling” for prevention of dental caries. Coconut oil products may also be useful in preventing hair damage due to protein loss during grooming processes and ultraviolet (UV) exposure; however, more studies are needed to confirm this effect.

Limited evidence does not support use for prevention or treatment of Alzheimer’s disease, bone loss, or glycaemic control. Evidence on weight loss and cardiovascular disease warrants larger clinical intervention studies. Refined, bleached, and deodorized oil seems to have less of an impact on total cholesterol as compared to butter fat,” the researchers stated adding that in many instances, human clinical and observational studies are needed to confirm many claims on coconut oil products as most research have been done on animals on in a laboratory. https://www.ncbi.nlm.nih.gov/pubmed/30395784

Coconut oil is produced from the fruit of the coconut palm. https://www.webmd.com/vitamins/ai/ingredientmono-1092/coconut-oil)

There are, however, no industry standards for what qualify as virgin coconut oil” although it likely means that it is unprocessed. https://www.webmd.com/vitamins/ai/ingredientmono-1092/coconut-oil

An article published in the journal Clinical Practice stated that a review of current and completed studies found that only two studies examining the impact of coconut oil though product research showed cognitive improvements in people with mild to moderate Alzheimer’s disease. The authors however warned that more research was needed. (http://article.sapub.org/10.5923.j.cp.20120102.01.html)

Another finding, published in the Journal of Nutritional Supplements found that the use of coconut oil reduced the risk for heart disease, improved cholesterol, kidney and liver function in rats. https://www.ncbi.nlm.nih.gov/pubmed/28816548

One study found that over two years there was no difference in the heart disease risk profiles, relating to cholesterol, for patients cooking with sunflower oil and those using coconut oil while both groups received standard medical care. (https://www.ncbi.nlm.nih.gov/pubmed/27543472)

In another recent study, coconut oil that was harvested with only medium heat was found to suppress inflammatory cells and helped to relieve pain and fight inflammation. (https://www.ncbi.nlm.nih.gov/pubmed/24613207?dopt=Abstract)

In a study published in 2019 researcher found that coconut oil can contribute to the death of cancer cells in a laboratory. (https://www.ncbi.nlm.nih.gov/pubmed/30942101)

The Capric Acid, found in coconut oil has been linked to weight loss. According to a study published in the Obesity Research Journalresearchers from the Boston University Medical School showed that in rats it causes the body to speeds up the breakdown of fat reserves. https://onlinelibrary.wiley.com/doi/full/10.1038/oby.2004.69

Coconut oil, specifically Capric acid and Lauric acid, have also been found to be highly beneficial in treating yeast infections and candida albicans, the bacteria that causes thrush. (https://www.ncbi.nlm.nih.gov/pmc/articles/PMC90807/ )

There are not many known side-effects to ingesting or applying coconut oil topically. It can however increase cholesterol levels thereby increasing the risk of heart disease and stroke.

While allergies to coconut oil are rare, some cases have been noted. Coconut oil allergies are not as prevalent as other types of allergies, such as peanut allergies, but they do occur. (https://www.webmd.com/vitamins/ai/ingredientmono-1092/coconut-oil)

Symptoms of an allergy are nausea, vomiting, hives, eczema, diarrhoea and rash. There are a few recorded cases however where children who had a nut allergy developed coconut allergies.

While it is classified as a tree nut by the Food and Drug Administration (https://www.fda.gov/ForIndustry/FDABasicsforIndustry/ucm238807.htm), a study published in the journal, European Paediatric Allergy and Immunology, found that children with a nut allergy were not likely to also develop an allergy to coconut. (https://onlinelibrary.wiley.com/doi/abs/10.1111/j.1399-3038.2010.00997.x)

All coconut oils are not equal though. Partially hydrogenated coconut oil is considered as highly processed oil that contains Trans fats and is not healthy, neither is refined coconut oil. (https://www.medicalnewstoday.com/articles/282857.php)

Since June 2017 the American Heart Association (AHA) has continued warnings against coconut oil as it remains a saturated fat that can increase cholesterol levels, raising the risk of heart disease. In their statement the doctors from the AHA stated that the hype around coconut oil and butter was not based in science.

The association reiterated the call to the public to replace saturated fats with unsaturated fats saying that it could have the same impact as statins on lowering cholesterol levels. https://www.heart.org/en/news/2018/05/01/advisory-replacing-saturated-fat-with-healthier-fat-could-lower-cardiovascular-risks

In a talk earlier this professor Karin Michels called coconut oil “pure poison” and urged people not to eat it.

She is the director of the Institute for Prevention and Tumour Epidemiology at the University of Freiburg and professor at the Harvard TH Chan School of Public Health. Michels said it was the worst thing” you could put in your body linking it with an increased risk for heart disease and stroke.