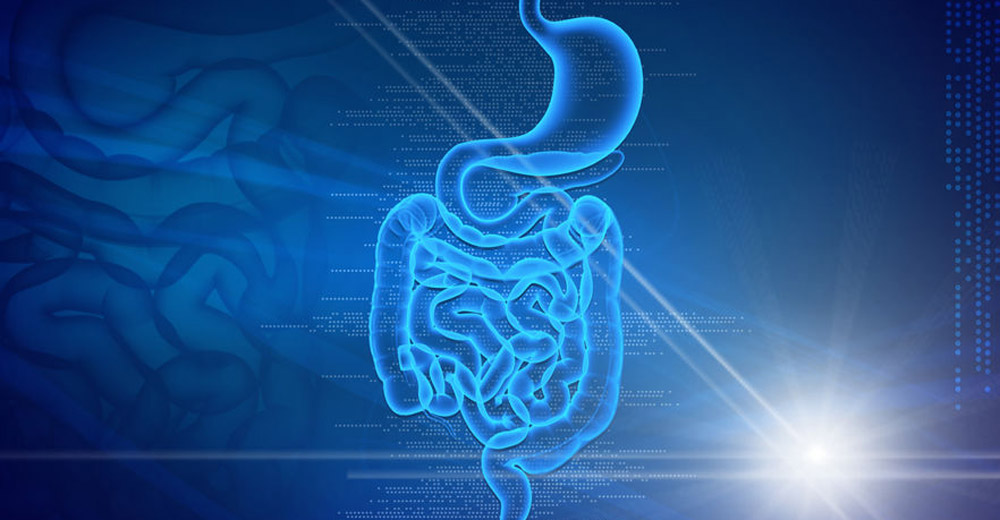 Bowel Transit Time – How to determine it, slow it down or speed it up

Bowel transmit time simply means the length of time it takes for food to move from the mouth to the end of the large intestine. This time can vary greatly between people, and even for the same person, it can vary from time to time. The bowel transit time in a person can be used to determine how healthy a person’s digestive tract is.

What happens in the large intestine?

Generally, bowel transit time can vary anywhere between 12 and 48 hours from ingestion to excretion. It’s important that food moves at a reasonable pace through the digestive tract. The food is chemically broken down in the stomach and nutrients are absorbed in the small intestine. Passing through the stomach and small intestine can take 6 to 8 hours on average (though it can vary between 4 and 11 hours). After this, the food enters the large intestine. The large intestine is quite long, 1.5m to be exact.

After nutrients have been absorbed in the small intestine, it will pass into the large intestine to carry out one last attempt to extract any remaining nutrients from the digested material. The large intestine is home to a large colony of bacteria to help with this task. The bacteria carry out reactions that produce vital nutrients such as Vitamin K and biotin.

These bacteria love to target the carbohydrates from the fibre content in the food we eat. As they feed on these carbohydrates, the release compounds that protect the lining of the colon from inflammation. This is a crucial process in the function and health of the large intestine.

The problem with a slow bowel transit time

A research team from the National Food Institute at the Technical University of Denmark found that a slow bowel transit time can have adverse consequences for the gut. If the bowel transit time is too slow due to a lack of fibre in the diet and the bacteria run out of carbohydrates to feed on, they might try to feed on the next best source, protein. When they feed on protein, the by-products released are far more toxic such as ammonia or sulphur containing products. What’s worse is that the bacteria may end up eating the mucus layer protecting the large intestine, putting it at higher risk of DNA mutations, ultimately leading to serious issues like colorectal cancer.

The test requires you to ingest some radiopaque markers that show up on an X-ray. Your X-ray will be taken at set times over the course of several days to see the movement of the markers.

To prepare for the test, you may want to eat a healthy diet that is high in fibre and then fast for 8 hours before the test. You should also avoid taking things like laxatives or anything else that can change the bowel transit time more than usual.

For someone who doesn’t suffer constipation, the average transit time through the large intestine is between 30 and 40 hours.

If more than 20% of the marker remains in the gut after 5 days or so, the person has slow bowel transit time which would need to be evaluated.
https://medlineplus.gov/ency/article/003887.htm

A similar test involves swallowing a pill with a wireless transmitter in it. The patient wears a data receiver that receives information about the location of the pill.

The marker test is less common these days, in favour of a probing technique called manometry. Manometry involves measuring pressure at various sections of the digestive tract using pressure transducers.

There is a myriad of factors that affect how quickly food moves through the colon. These can include:

Women tend to have a slower transit time than men. A study conducted by Mayo Clinic showed that men had an average time of 30 hours while for women, the average was 47 hours.
https://www.mayoclinic.org/digestive-system/expert-answers/faq-20058340

Having an underactive thyroid also slows down bowel transit times.

High stress levels can speed up the bowel transit time to faster than normal.

How to change the bowel transit time

It’s important to note that a bowel transit time that is too fast can be more serious and needs checking out from a doctor, because it could be due to a more serious health condition like IBS or allergic reactions.

If you’re suffering from conditions like constipation that’s causing a longer than normal bowel transit time, you may want to use the following methods to reduce it.

This may seem like cliché advice, but a lot of people underestimate how much fibre they consume. You should ideally be consuming 25-30 g of fibre daily. This can amount to over 3 cups of high fibre vegetables and 1-2 cups of brown rice.

Water constitutes around 75% of faeces so with poor hydration, you will produce small stools that take longer to pass through. Water also swells up fibre, which stimulates the muscles in your digestive tract and helps your colon keep things moving quickly.

High levels of physical activity can speed up bowel transit time. Food is moved through the digestive tract through a series of muscle contractions in the tract called peristalsis. Staying active can speed up peristalsis.