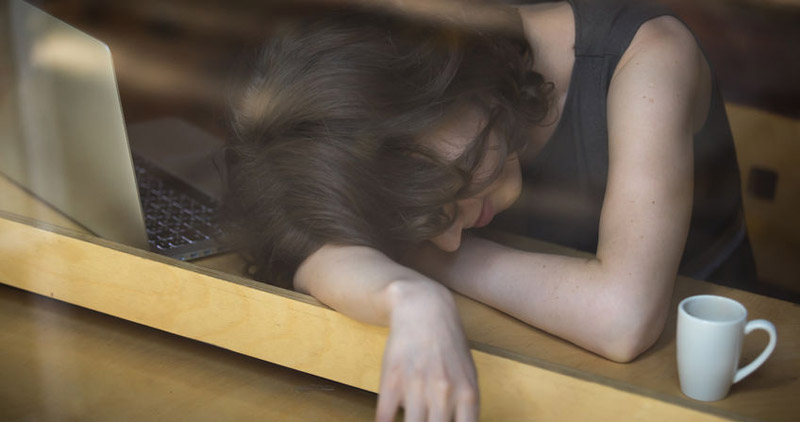 Is Decaffeinated Coffee Bad For You?

From one perspective, there’s much to suggest that a regular cup of coffee can do us a lot of good. It’s probably the single biggest source of antioxidants in our diet. This means it could help prevent a number of illnesses associated with oxidative stress, including Type II Diabetes and several types of cancer.

There’s evidence that it could combat the onset of Parkinson’s Disease and Alzheimers, and it could even reduce our chances of heart disease and stroke.

Coffee, though, is a complex beverage, positively teeming with nutrients and chemicals.

One of the best known of these is 1, 3, 7-trimethylxanthine – better known as caffeine.

This is where things get trickier, because there is yet ANOTHER body of evidence suggesting that caffeine can also beneficial – in the right quantities. Dosages of around 1.5 milligrams per pound (or 3mg/kg) of body weight have been shown to boost athletic endurance, sharpen focus, and burn more fat during exercise.

The effect is limited though, and peaks out around the 200-250 mg mark. Which is the ballpark of an average small cup of coffee.

And for many, one cup is rarely enough. The average American consumer drinks 3.2 cups per day, which is to say nothing of the true afficionados out there, for whom the sky often seems to be the limit. We all know that one guy or girl that seems to drink the stuff like it’s going out of fashion.

Problem is, at higher doses caffeine can start to lose its buzz. Overindulgence has been linked with hypertension, headaches, anxiety and insomnia.

One alternative for those looking to keep the positives of coffee in their diet, but cut the risk of caffeine overload, is decaffeinated coffee.

De Caffeine’s Still In It

Before we go any further, it should probably be pointed out that decaffeinated coffee can often still actually contain caffeine. Yes, you read that right.

The U.S. Food and Drug Administration doesn’t currently regulate what can and can’t be marketed as decaffeinated. Generally speaking, you can expect to find a maximum of about 3% of the usual amount of caffeine in regular coffee, but there are no guarantees. For example, researchers at the University of Florida discovered that a de-caffeinated double latte contained as much caffeine as a can of Coca-Cola.

In the UK however, legislation does limit the level of caffeine in de-caffeinated coffee at 0.1 parts per hundred.

Removed, or maybe just reduced then, how is the caffeine actually extracted from de-caffeinated coffee?

The processes differ mainly in how the caffeine is extracted. Probably the most controversial involves adding chemical solvents like Activated Carbon, Ethyl Acetate or Methyl Chloride directly to the solution. Having dissolved most of the caffeine, these are then re-extracted. At this stage the water is evaporated, leaving only the flavour (in theory) re-absorbed in the beans.

Although some trace solvent inevitably remains after this process, it is below the level considered unsafe in Europe and the States.

Other methods of decaffeination involve extracting the caffeine using a charcoal filter, or steaming the beans and introducing heavily compressed Carbon Dioxide.

Although the latter two options seem to be cleaner, it is difficult to tell which extraction method has been used when buying decaf, as retailers are not obliged to mark this on their packaging. When you consider that the Carbon Dioxide method involves ‘supercritical’ conditions (and very high overheads) though, it probably doesn’t take a rocket scientist to figure out which one you’re more likely to be drinking.

Is it actually healthy?

As you might expect, despite its legality some people continue to question whether coffee that’s been rinsed in toxic chemicals can be all that good for us.

The US National Institutes for Health conducted a study in which participants drank between three and six cups a day of either caffeinated or decaffeinated coffee. It was found that those drinking decaf had 18% more fatty acids and 8% more alipoprotein B in their blood, each associated with ‘bad’ LDL cholesterol. The participants drinking regular coffee did not experience the changes.

Other evidence points to decaffeinated coffee being even more acidic than regular, increasing gastrin levels in the stomach, and spiking metabolic acidity. This can lead to an increased chance of developing acid reflux, and even stomach ulcers. High metabolic acidity can also create a negative calcium balance, raising the risk of osteoporosis and other bone diseases.

On the surface, decaffeinated coffee might seem like the perfect solution for anybody wanting to maximize the benefits of drinking coffee without the potential drawbacks of a high caffeine intake.

It ought to be remembered, though, that the vast majority of research into the effects of coffee do not take decaf into account. Ultimately, this means that there isn’t a great deal of evidence that decaf shares the same properties as regular coffee, or, if it does, that is does so to the same extent.

On the contrary, some evidence points towards it being quite different. There can be as much as 15% less antioxidants in decaffeinated coffee than in caffeinated, for example.

All of which begs a simple question question: if the process of decaffeination can produce these changes to the humble coffee bean, what other changes can it produce in our bodies – and does drinking it represent a ‘shot’ that you’re willing to take?