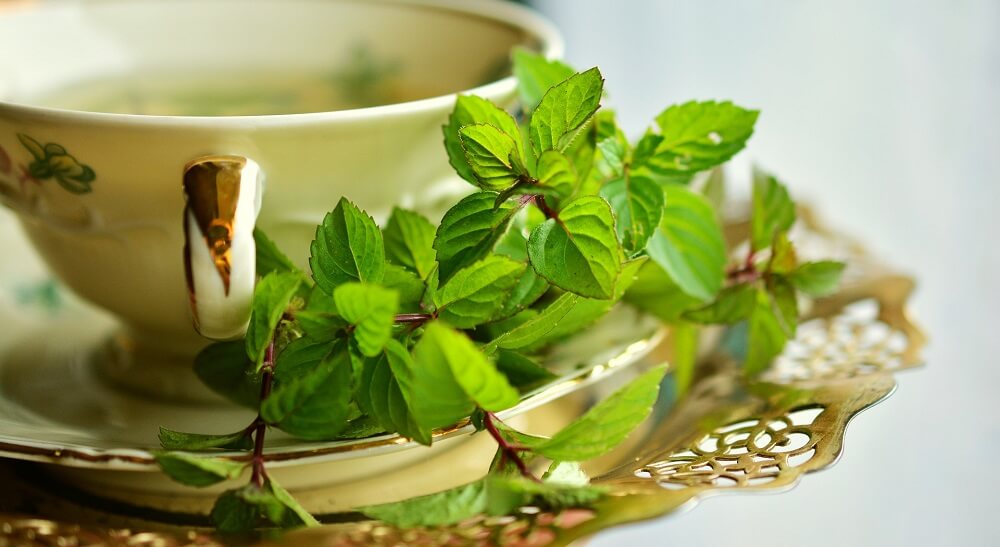 L-Theanine is a natural amino acid from green tea.

When ingested, L-Theanine easily passes your blood-brain barrier and enters the brain within 30 minutes.

Once in the brain, L-Theanine relaxes and nourishes your mind, improves creativity, enhances mood and focus, and balances your brain chemistry.

Here’s what L-Theanine will do for you:

In this article, we’re going to dive deep and explore the science-backed effects of theanine on your brain.

L-Theanine is a relaxing amino acid from green tea.

The compound was first isolated from tea in 1949 in Japan.

Since then, it was discovered that L-theanine breaks down to l-glutamate and ethylamine in your liver and intestines. And later crosses the blood-brain barrier.

L-Theanine is one of the only nootropics that can regulate your brain waves.

It boosts alpha brain waves which link to feelings of peace and wakeful relaxation. (1)

However, enhanced alpha brain waves aren’t the only reason for these benefits.

These brain chemicals are key to feeling good, peaceful, and motivated. 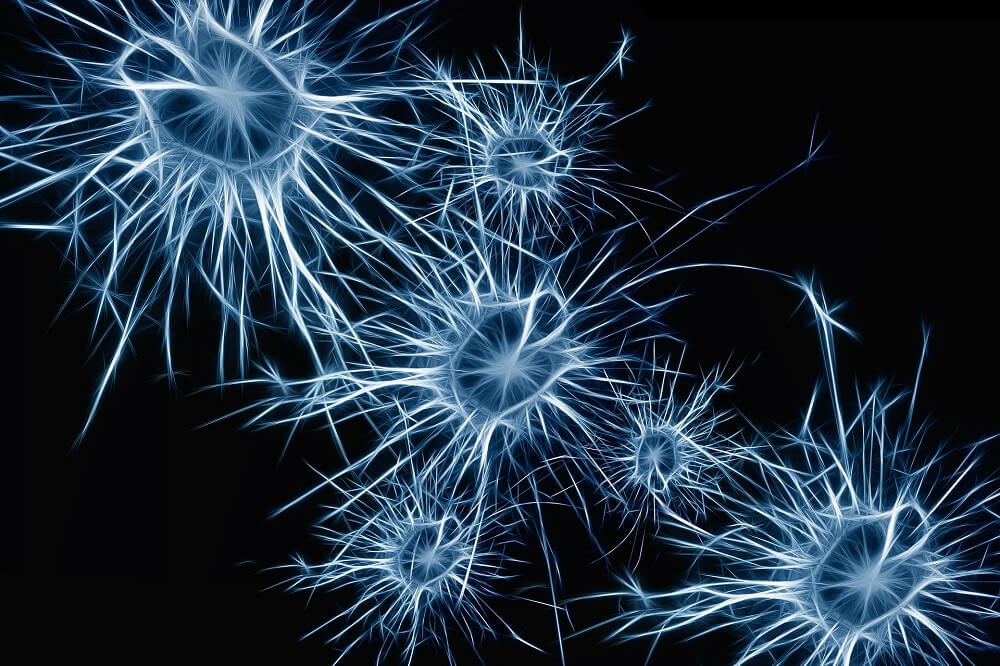 L-Theanine improves brain function and health in a number of ways:

A study from South Korea tested the effects of Theanine on 20 healthy males between 18-30 years old.

One group of men received an l-theanine pill for 7 days.

Another group received a placebo.

The experts measured their brain waves 7 days later and analyzed the results.

They concluded that L-Theanine increased these men’s alpha brain waves, reducing anxiety, stress, and feelings of restlessness while improving mood, focus, and relaxation. (3)

While there’s certainly time and place for these emotions, for example, when you’re in danger or need to solve something quickly. It isn’t always beneficial.

Research from Japan took 12 people and separated them into 4 groups:

The study results showed that L-Theanine reduced the heart rate in people who took it.

It also reduced s-IgA immunoglobin which links to stress. (6)

The study concluded that L-Theanine exhibits anti-stress effects by blocking the excitation of cortical neurons. 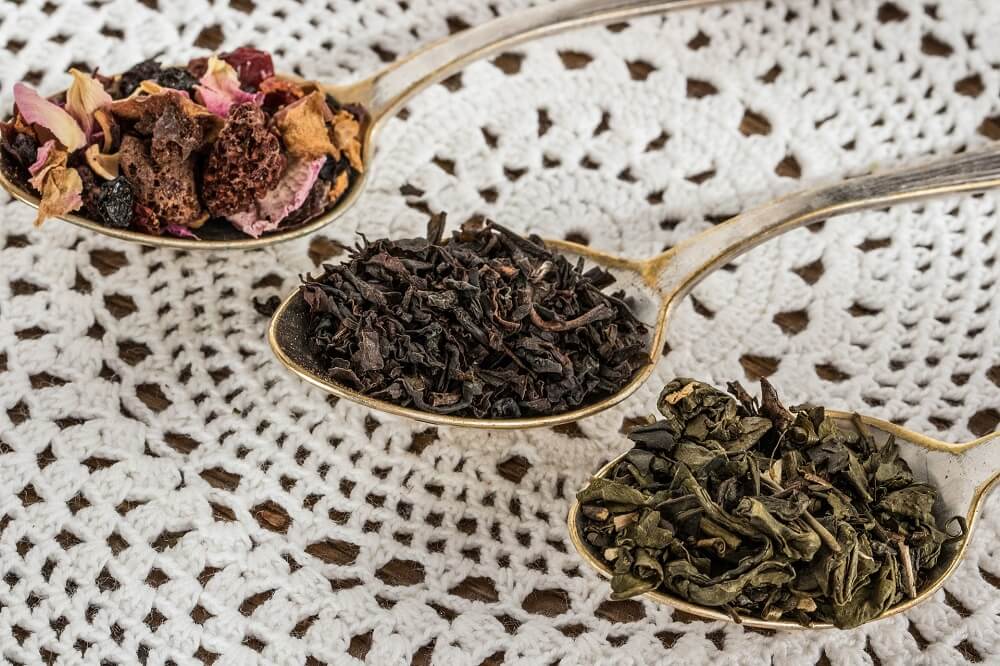 L-Theanine’s Effects on Your Brain

In order to fully understand L-Theanine’s benefits for your brain, we should look at which brain pathways it affects:

In elderly individuals, tea consumption is shown to protect the brain from cognitive decline. (7)

This is due to L-Theanine and natural antioxidants in green tea. (8)

Together, they protect the brain from free radical damage and improve blood flow to the hippocampus.

When your brain works in an Alpha wave state, its creative juices start flowing. Not only that, the mind becomes relaxed and at ease, without the presence of excitatory neurotransmitters.

The benefits of having elevated Alpha brain waves are numerous (9):

These are: GABA, serotonin, and dopamine.

GABA is an inhibitory neurotransmitter; it slows down the firing impulses between nerves. Which translates to the feeling of relaxation.

Serotonin, on the other hand, is often called “the happiness molecule”. It regulates mood, appetite, sleep, and many other vital functions.

Dopamine is your reward neurotransmitter. It makes you feel pleasure and motivation.

In addition to boosting these brain chemicals, L-Theanine also binds to glutamate receptors in the brain. There, it blocks the glutamate neurotransmitter from triggering stressful responses in your body. (11) 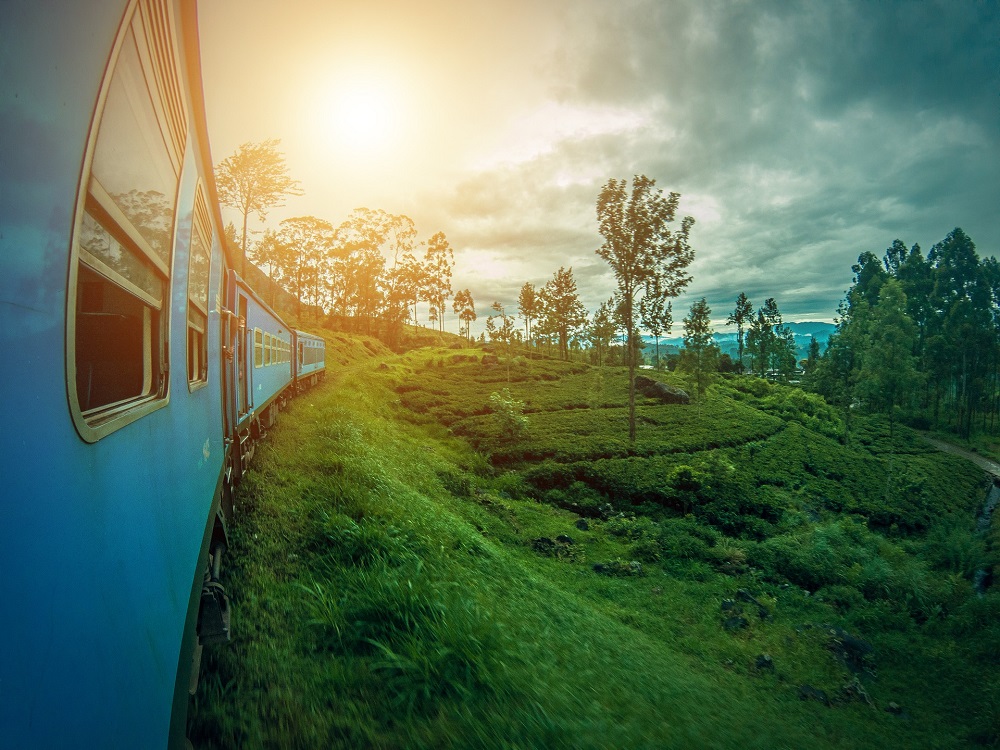 Research from Japan suggests that L-Theanine can boost your sleep quality, as well as the energy you get after a good night of sleep.

In this study, they gave a group of people 200mg of L-Theanine every day.

The researchers kept a close eye on the sleeping patterns of these people during the trial.

They found that L-Theanine enhanced their sleep quality, recovery during sleep, and energy levels after waking up. (12)

L-Theanine in green tea will significantly reduce the chance of getting a stroke.

It will also greatly reduce the damage to the brain if the stroke occurs at the time that L-Theanine is present in your body.

A gigantic study from China monitored 14,212 people from 12 different parts of the country.

Their age range was between 35-60 years old.

The researchers looked into the type of tea that these people drank, along with how often they drank and in what doses.

Ultimately, the research found that the risk of stroke was cut down by 40% in people who drank jasmine, green, or black teas. (13)

Sure, short-term stress can be of great help when you need to act fast.

But that’s far from the kind of stress that we experience today.

One of the ways to counter chronic stress is by taking relaxing herbs and supplements – like L-Theanine.

Both animal and human studies show how L-theanine helps reduce corticosterone levels in their bodies.

Your body secretes corticosterones after stress.

The more stressed you are, the more corticosterones are flowing through your body. (14)

In rats who received water with L-Theanine for 3 weeks, it was shown that stress-inducing activities had a much weaker effect on their corticosterone levels – compared to rats who didn’t receive L-Theanine.

Not only that, L-Theanine prevented memory loss associated with stress.

In short, the study showed that L-Theanine works to prevent stress and memory loss that comes with it. (15)

Speaking of memory, you don’t need to put yourself into stressful situations to prove that L-Theanine works.

In fact, this soothing compound is shown to improve memory in general – both in healthy people and those with cognitive decline.

A case in point: A double-blind, placebo-controlled trial looked into the effects of L-Theanine on attention and memory.

The participants were 91 adults with mild cognitive impairments.

They were separated into two groups:

The study found that in people who took L-Theanine, their Theta waves were significantly increased.

As a result, the group that took L-Theanine saw the biggest cognitive improvements. (16)

This is no small thing.

The people from this trial achieved it by taking an L-Theanine pill.

That’s the same dose you’d get from a cup of good green tea. 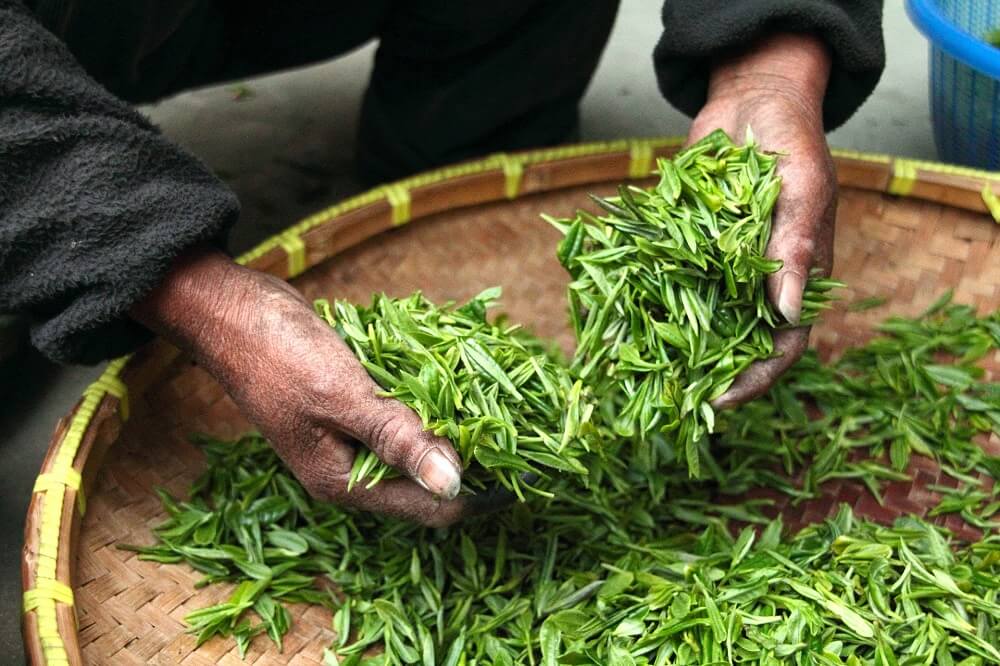 Ask any experienced neuro-hacker who drinks caffeine what’s in their nootropic stack.

L-Theanine and caffeine are meant for each other.

While L-Theanine alone is certainly beneficial, its positive effects get boosted with caffeine consumption and vice versa.

And we have studies to prove this.

One such research, based in the UK, looked into how L-Theanine and caffeine worked together.

These experts first tested the effects of 50mg caffeine alone.

Then they tried combining caffeine with 100mg of L-Theanine.

27 volunteers were selected and tested for their cognitive abilities – including:

The experts measured these people’s mental performances before consuming l-theanine and caffeine, 60 minutes after, and 90 minutes after ingestion.

At the 60 minutes mark, caffeine was in full swing and it improved their alertness.

However, L-Theanine and caffeine combination had the strongest effect in terms of attention switching speed and accuracy, memory, as well as a reduced chance of distraction.

The study concluded that L-Theanine and caffeine synergize together to provide a significant cognitive boost; including memory, attention, and focus. (17)

One last thing: If you experience anxiety and jitters from drinking caffeine. Try adding L-Theanine to the mix. It’s famous for taking the edge off of caffeine and preventing the infamous ‘crash’.

How to Take L-Theanine

L-Theanine suggested dosage: 200-400 milligrams, one to two times a day.

You don’t need to take L-Theanine with food as it’s water soluble.

Always start with the lower end of the dosage. Everyone reacts differently to different compounds, so it’s best to experiment for yourself and not overdo it if it isn’t necessary.

If you choose to get your L-Theanine from green tea, here are a couple of guidelines:

Black, white, and green tea all contain L-Theanine, with green tea having the highest amount.

A side effect or side benefit (depending on your preferences) is that green tea also has caffeine.

One cup of high-quality green tea will give you about 10mg less caffeine than a cup of coffee. 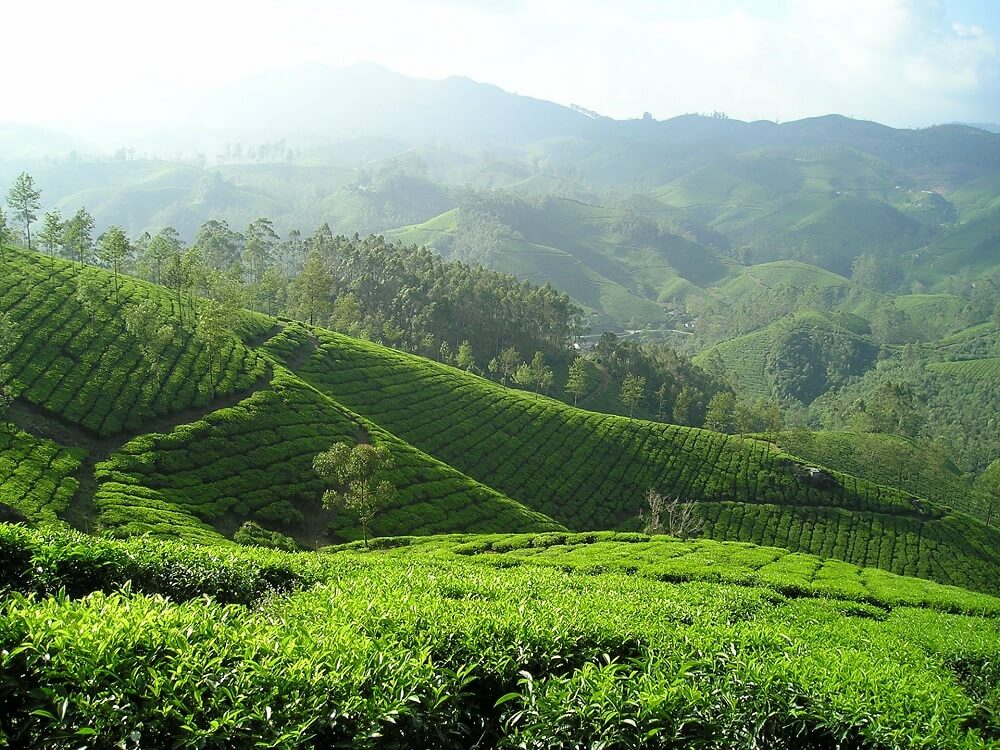 Generally speaking, you shouldn’t experience any negative side effects from Theanine.

However, one side effect of this herb is that it could slightly decrease blood pressure in some people.

Unless you’re already on blood-lowering medications or have naturally low blood pressure, this shouldn’t be a problem.

L-Theanine dosage for sleep? The optimal dosage of L-Theanine for sleep is different for every individual, but the general recommendation is 100-400mg, up to three times per day. Start with the lowest dose to see how you react to the compound.

Is L-Theanine safe to take daily? Right now, all research points to the fact that L-Theanine is safe to take every day, as long as you stick to the recommended dosages, which are 100-400mg per day.

How much theanine for anxiety? L-Theanine dose for anxiety ranges between 150-400mg in one serving. Higher dosages don’t appear to offer any additional benefits. 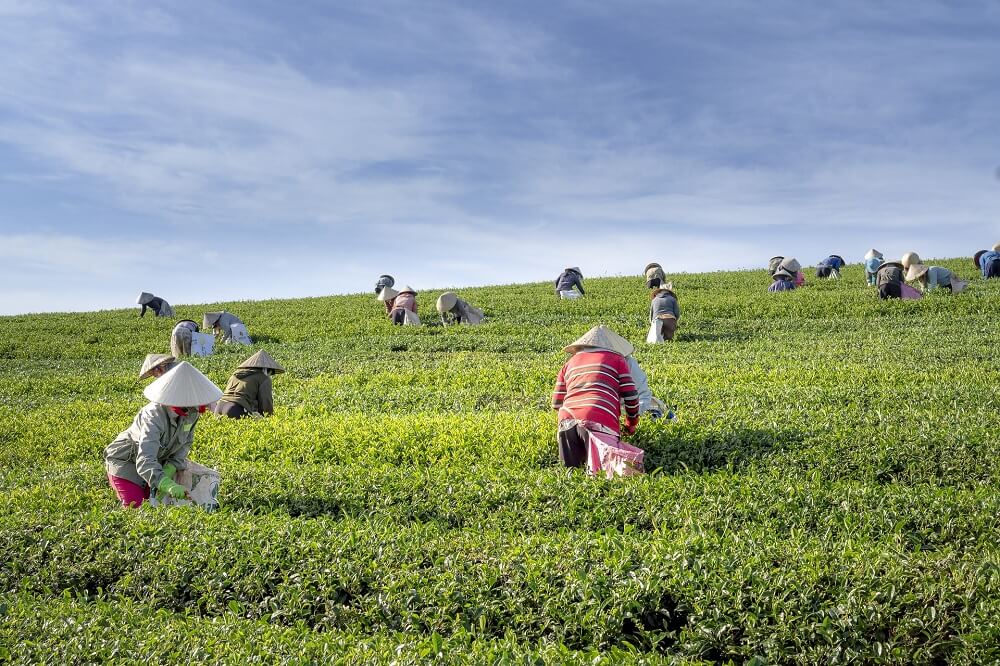 L-Theanine is a natural compound from green tea and one species of mushroom.

It can easily cross the blood-brain barrier. Once in the brain, L-Theanine exerts its benefits:

L-Theanine is one of those compounds that are extremely safe and well-tolerated by most people.

In some cases, it can lower blood pressure. Which isn’t a problem unless you’re on blood lowering medications.

The optimal dosage for this compound is 150-400mg, up to three times per day. Lower dosages usually work just as well as higher ones.

L-Theanine goes extremely well with coffee. Many neurohackers say it takes the edge off of caffeine and smoothens out the experience. Research says these people are correct. L-Theanine boosts the positive effects of caffeine (such as focus and alertness), while reducing the jitters.