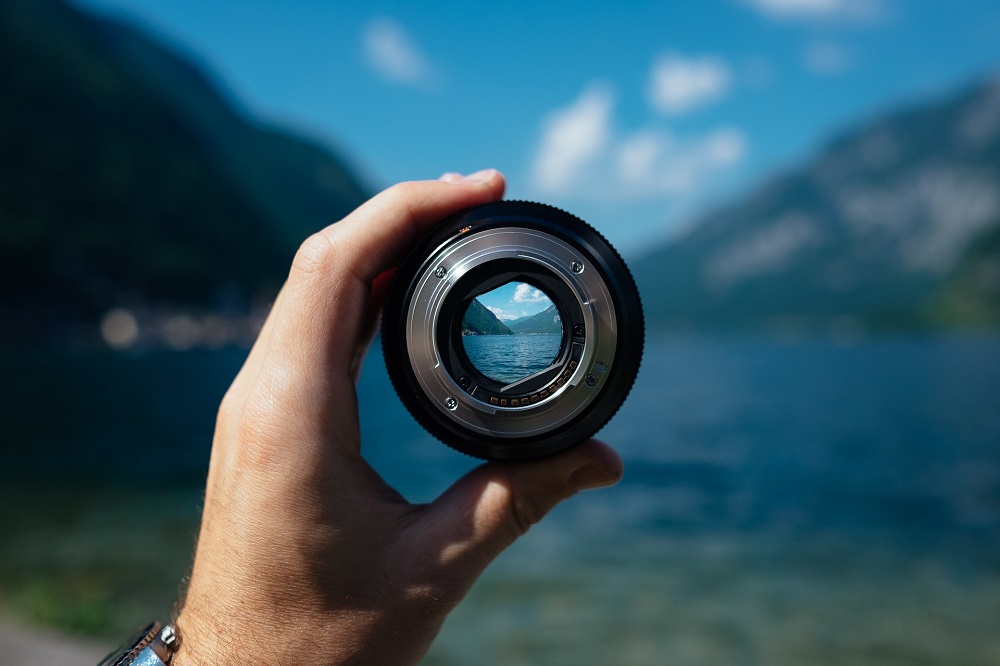 All of these get depleted when you’re under stress.

By restoring these brain chemicals, Tyrosine helps you maintain cognitive performance under pressure.

Overall, L-Tyrosine is highly effective at:

L-Tyrosine is a non-essential amino acid.

These three are commonly referred to as “catecholamine” neurotransmitters.

As a nootropic, Tyrosine will improve certain parts of your prefrontal cortex linked to memory, flow states, creativity, executive function, and self-control.

In addition, L-Tyrosine helps with the production of certain thyroid hormones. Which are essential for both cognitive and physical health.

As a nootropic, Tyrosine converts into L-DOPA, which is used to build dopamine in the brain.

Your brain converts the unused dopamine into noradrenaline and adrenaline. The other two catecholamine neurotransmitters.

Adrenaline, or epinephrine, is your main “flight-or-fight” response hormone. It’s what makes you act in emergent, stressful, or dangerous situations.

Noradrenaline, or norepinephrine, regulates your learning, emotions, attention, and sleep.

More often than not, stress negatively affects your ability to think clearly.

Any kind of stress can do this: from extreme sports, cold showers, exams, to arguing with your friend.

When you’re stressed, your brain quickly runs out of catecholamines.

A disbalance in these brain chemicals can lead to even more stress in the body. This is vicious cycle which leads to poor mental performance.

A study from the UK tested if L-Tyrosine can help combat the negative effects of stress.

The researchers measured cognitive performance in 8 soccer players. These players did a 90-minute soccer simulation task in a high-heat chamber to stimulate a high-stress environment.

Before exercise, these soccer players received either a Tyrosine pill or a placebo.

The study found that soccer players who supplemented with Tyrosine prior to high-stress exercise had a significantly higher cognitive and reaction time scores compared to the placebo group. (2)

The researchers found that when under high-heat conditions, the L-Tyrosine group were able to maintain peak cognitive performance despite the exposure to stressful conditions. 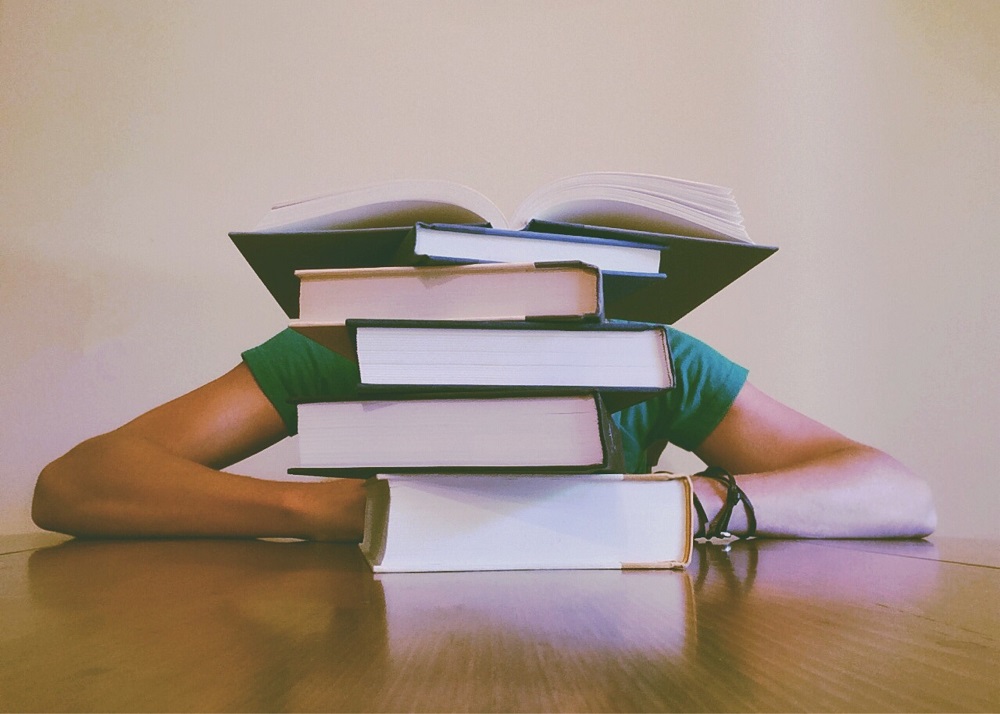 N-Acetyl L-Tyrosine vs. L-Tyrosine: Which One is Better?

N-Acetyl L-Tyrosine, also called NALT, is L-Tyrosine with the addition of an acetyl group.

In your kidneys, NALT converts back to L-Tyrosine.

Which in theory means that both L-Tyrosine and N-Acetyl L-Tyrosine have the same effects.

Some neurohackers report that NALT is more effective for them. Others say there’s no difference between the two.

Some research suggests that NALT is the less effective form of L-Tyrosine. Because it’s excreted in urine before your body can fully convert it to the active form – L-Tyrosine. (3)

Personally, I’ve found NALT and L-Tyrosine to be equally effective.

But it’s hard to say which one will work best for you. Because everyone’s body chemistry is different.

For this reason, I suggest trying both NALT and L-Tyrosine to see which gives you best results. This video done by the research team at Mind Lab Pro illustrates the comparison.

Effects of L-Tyrosine on the Brain

Part of the reason why stress negatively affects cognition is that it depletes your brain chemicals and Tyrosine that is used to synthesize them.

Low levels of dopamine and other catecholamines make your brain even more susceptible to the damaging effects of stress. This, in turn, drives your neurotransmitters in a downward spiral.

When your catecholamine levels are out of whack, all kinds of cognitive problems ensue. Including neurodegeneration and attention issues.

Supplementing with L-Tyrosine prior to stressful situations can easily counter this problem.

In animal studies, L-Tyrosine is shown to protect the brain from the damaging effects of stress.

It does this by inhibiting the release of stress hormones such as cortisol. Along with supporting your brain chemicals to protect your neurons from free radical damage. (4)

Animal studies show that supplementing with Tyrosine prevents the depletion of dopamine, epinephrine, and norepinephrine that usually happens during stress. 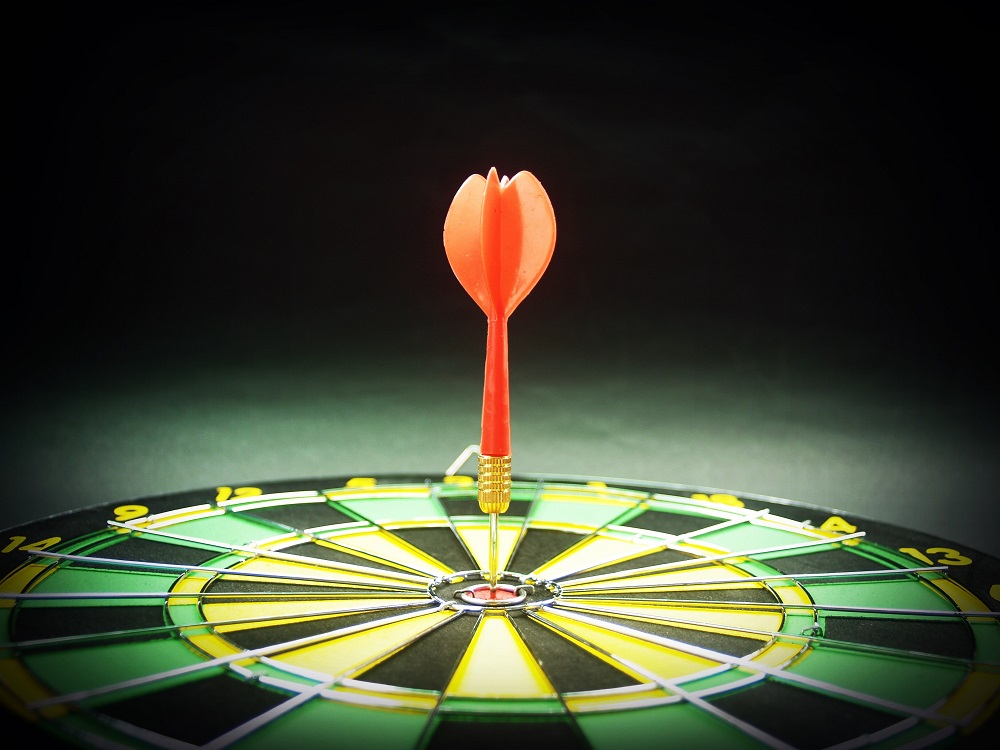 L-Tyrosine will improve your cognitive flexibility.

In other words, it will help your brain adapt to new stimuli, environments, and situations.

New situations are often stressful, and they deplete your brain of resources. They also cause stress in the form of cortisol.

But L-Tyrosine helps counter this by replenishing your catecholamine brain chemicals.

The researchers measured these people’s cognitive flexibility by assigning them a task switching procedure.

People that took L-Tyrosine prior to the test had higher scores in terms of cognitive flexibility.

By contrast, the placebo group had no improvements. 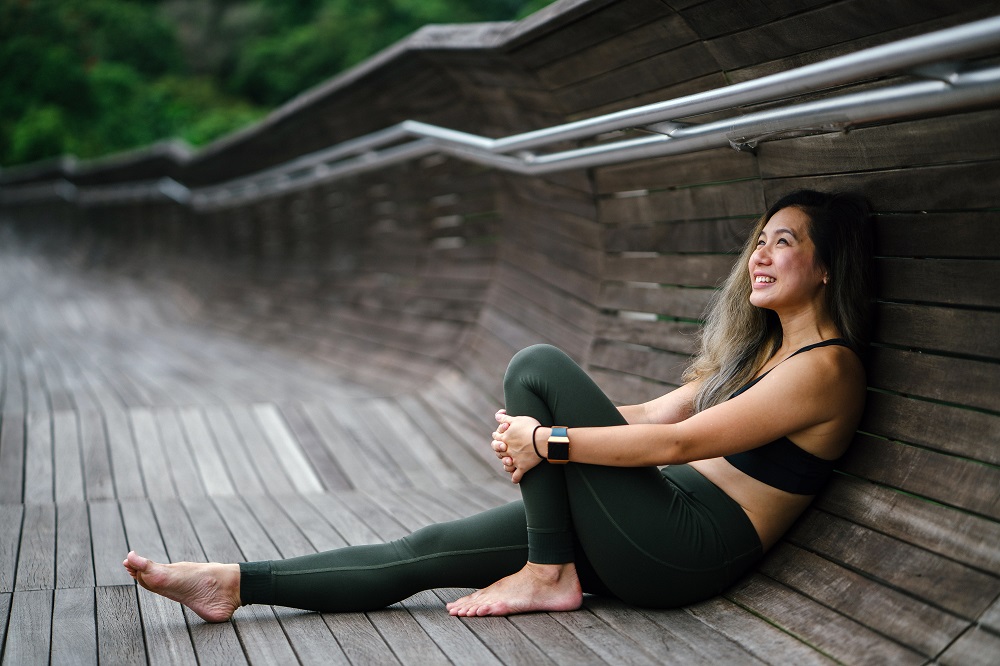 The efficacy of Tyrosine for ADHD is clearly supported by clinical evidence. As we’ll show you in a minute.

However, a number of users report building a tolerance to L-Tyrosine after a week or two of supplementing it.

One informal study from the 1980s supports this claim.

The study showed that L-Tyrosine provided a short-term reduction in ADHD symptoms. But over time, it lost is effects due to built-up tolerance.

This is something to keep in mind. Regardless if you’re suffering from ADHD or are in perfect cognitive health. By looking at anecdotal evidence, L-Tyrosine appears to affect each person differently.

However, peer-reviewed research shows that the positive effects of Tyrosine are long-term.

The study used 5-HTP as the precursor for serotonin, and L-Tyrosine for dopamine.

The researchers recruited 85 young people between the ages of 4-18 for the trial. All of them had ADHD.

After 4 weeks, the participants gave their urinary samples so the researchers could measure their dopamine and serotonin levels.

If the levels weren’t adequate, the participants received higher doses of precursors until their ADHD symptoms reduced.

Ultimately, the study showed that Tyrosine and 5-HTP produced similar benefits to pharmaceutical ADHD drugs – and these benefits lasted. (7)

Your blood pressure and cognitive function are very much interlinked.

When you’re under stress, your blood pressure goes up.

This brings about the inability to concentrate, focus, or think ahead.

How many times did you find yourself frozen when facing extreme stress, anxiety, or perhaps a panic attack?

The good news is, supplementing with L-Tyrosine can help you prevent rises in blood pressure during stress, along with helping you maintain your cognitive performance.

Now, acute stress can be anything.

From participating in an extreme sport, closing a business deal, having an argument, exercising, or hearing a loud noise. Which means this study is applicable to you, me, and everyone else who’s experienced stress in their lives.

Now, here’s the interesting thing: the participants in the study received L-Tyrosine 15 minutes prior to experiencing acute stress.

The study showed that people’s blood pressure reduced within 15 minutes after ingesting L-Tyrosine.

These results suggest that Tyrosine helps promote healthy blood pressure during stress. Which in turn, helps with the cognitive performance. (8) 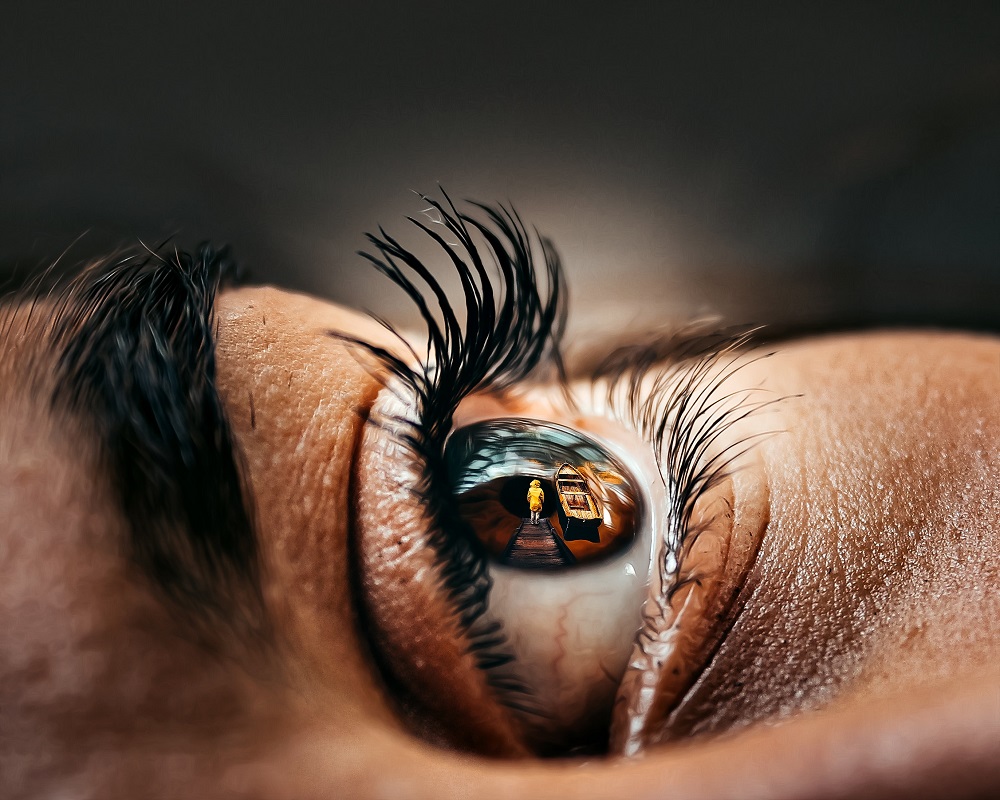 As always, start with the lower end of the dosage to see how your body reacts.

You might get better results from taking smaller dosages. More isn’t always better.

Also, it’s important to take L-Tyrosine on an empty stomach. You should take it 2 hours after, or 1 hour prior to eating food. Otherwise, it won’t work.

If you’re curious why it wouldn’t work, it’s because Tyrosine competes for absorption with other amino acids in foods. Taking it alone allows Tyrosine to enter your system undisturbedly.

Side note: Long-term supplementation with Tyrosine can lower your serotonin levels. Symptoms range from fatigue to anxiety and depression. The best way to counter this is by taking a low-dose serotonin precursor, such as 5-HTP (25-50mg daily).

L-Tyrosine is shown to be safe and non-toxic. Most people won’t experience any side effects from taking it.

That said, there are several occasions where L-Tyrosine might produce side effects: 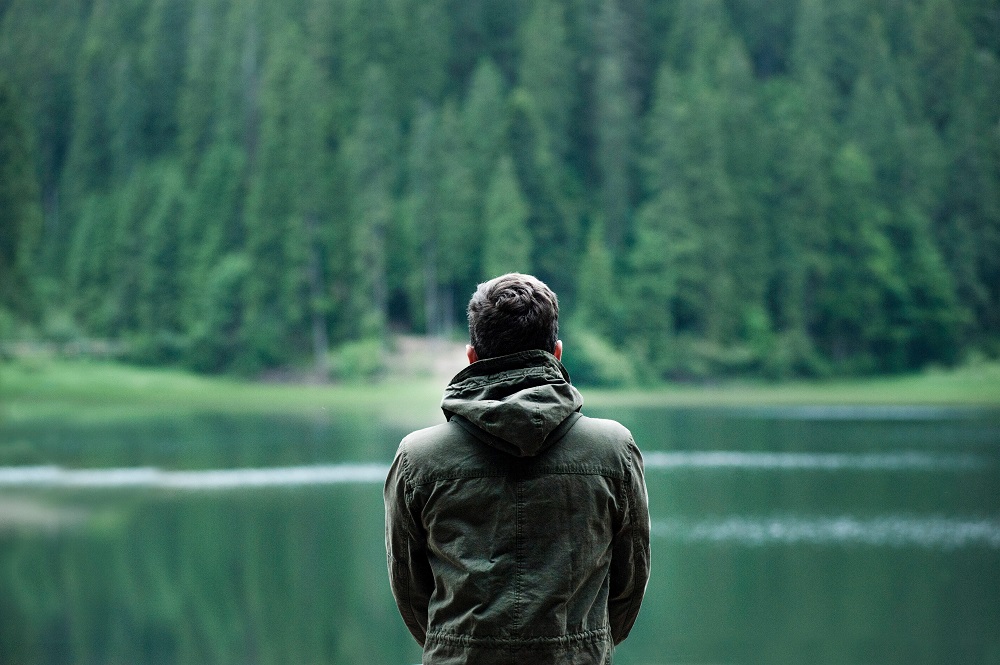 Can L-Tyrosine cause weight gain? It’s been shown that Tyrosine increases adrenaline and noradrenaline, hormones which speed up your metabolism. Therefore, Tyrosine shouldn’t cause weight gain; on the contrary, it can help you lose weight. 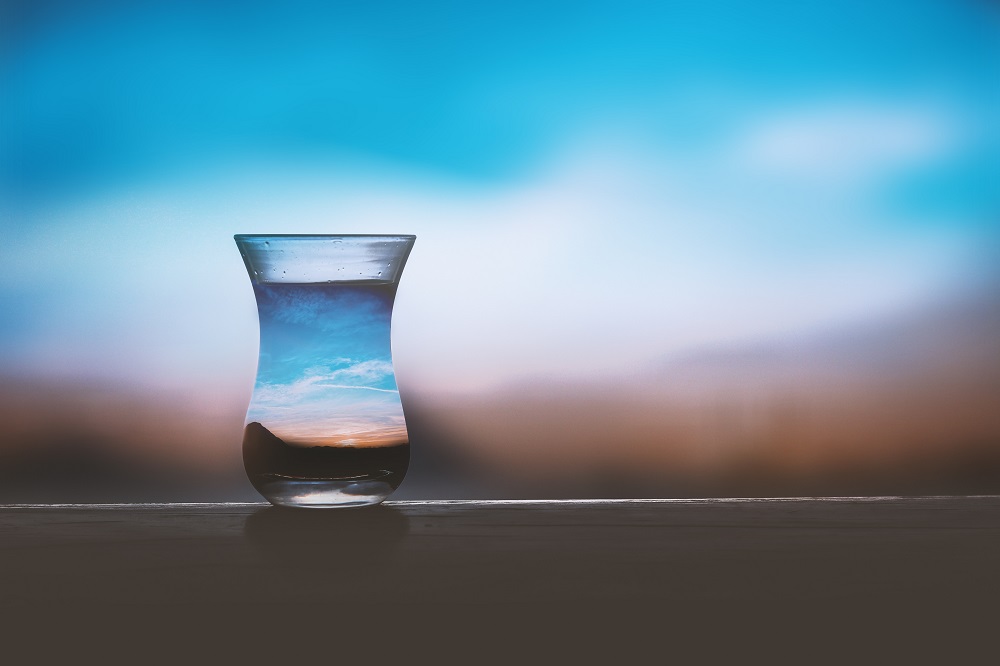 When ingested, L-Tyrosine converts to L-DOPA, which your brain then uses to create dopamine.

The unused dopamine is then used to synthesize other catecholamine neurotransmitters: epinephrine and norepinephrine.

See, Tyrosine is the most effective when you take it prior to a stressful situation.

Stress normally depletes your brain of catecholamine neurotransmitters, such as dopamine and epinephrine. Which are crucial for mood and cognition.

As a result, you maintain peak brain performance during any type of stress; be it an extreme sport, loud noise, an argument with your friend, or an intense gym workout.

Overall, Tyrosine is a safe and well-tolerated nootropic which can help you:

That said, if you take MAO inhibitors, or have a hyperthyroid condition, talk with your doctor before taking L-Tyrosine.