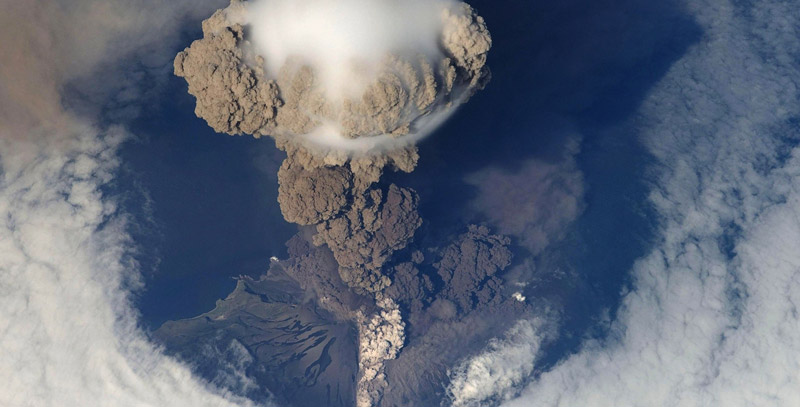 The concept of fat burning is probably one that most of us still associate with long, hard hours at the gym.

So much of what we read about shedding weight through diet remains narrowly focused on what to cut out or avoid. By concentrating too much on deprivation (which can inadvertently rob us of muscle and sap energy levels), many of us overlook exactly the foods we should be eating in spades to get the physique we desire.

I don’t just mean foods which won’t make the problem any worse either; I’m talking about natural, readily available foods that actively work with your body to burn off unsightly fat, crucially without sacrificing any of the vital nutrients essential for a lean and strong build. Let’s take a look at a few stand out members of Team Burn.

Let’s start with burn in the most literal sense. What makes hot peppers so effective is the very thing which gives them their kick, namely a compound called “capsaicin”.

This causes what’s sometimes known as a thermogenic effect in your system, basically heating your body to the point where it has to expend far more calories than usual cooling you back down and melting away that unfortunate excess in the process.

It’s relatively easy to introduce this benefit into your diet too; extra spice in things like soups can be a great way, or as much cayenne in your hot sauce as you can handle. Challenge issued!

Green tea seems a million miles away from the hard slog of traditional fat burning gym work, but you know what they say about it always being the quiet ones.

The American Journal of Clinical Nutrition recently reported on the significant fat burning abilities of this mild mannered beverage, crediting the positive results to a compound called epigallocatechin gallate (EGCG). EGCG temporarily causes the metabolism to surge, helping your body make better use of a hormone and neurotransmitter named norepinephrine.

This sends a signal to your body, telling it to start breaking down fat cells. EGCG is also largely responsible for green tea’s justified reputation as a potent anti-oxidant, which has seen it linked with a range of health benefits.

The generous amounts of protein in these meats again naturally fuel your metabolism and really fires up that internal fat burning furnace.

Provided you lose the skin, both have markedly lower fat content than pork or beef and yet maintain many of the same desirable nutrients needed to stay active and healthy.

The important fatty acid, omega-3 works in much the same way as protein in that it simulates your metabolism and considerably ups fat burning potential; on top of that however, fish like salmon or tuna in particular are loaded with vitamins B6 and B12.

Between them these two not only aid the fat burning process but also help food to be more effectively converted into energy and go a long way towards regulating blood sugars and cutting down on cravings. Remember it’s important to minimise mercury content in fish, so organic, sustainably sourced produce is the way to go.

Okay, so caffeine has a bit of a shaky (literally) reputation in some people’s eyes but the truth is, like pretty much anything, it only becomes counterproductive if you ridiculously overdo it.

The good news then is that sensible quantities can be a brilliantly effective way to motivate your metabolism, helping to burn off more fat immediately as energy. The purer you can get your caffeine the better, so from now on your coffee order is officially black, no sugar.

Grapefruit and black coffee are often considered the ideal partners in prime, a great fat burning breakfast. While the caffeine steps up your metabolism, compounds in grapefruit set to work dissolving stored fat and cholesterol, which also helps to keep arteries healthy.

It is also high in pectin fibre which effectively supresses your appetite for longer. Benefits of grapefruit that aren’t directly connected to shedding surplus weight include being rich in important things like vitamin C and potassium.

The high fibre content of oats makes them an internal workout for the body because it has to work much harder to properly digest them and burns off twice as many calories in the process.

Dietary fibre also has the added bonus of helping to regulate your appetite, staving off hunger for longer without negatively impacting energy levels.

Honourable mention for oysters, simply because they are pretty much unmatched as a natural source of zinc. Zinc is an essential part of boosting the body’s testosterone production, higher levels of which make it easier to build muscle.

The greater your muscle mass, the more calories you will burn, even while resting. Time invested in improving your fat-to-muscle ratio is time well spent and zinc rich foods are a great place to start.

We’ve already touched on how important protein can be to burning fat.

The body expends far more calories both in the process of breaking down protein and digesting it and because this takes longer you don’t feel those hunger pangs until later.

Lentils are a great source of protein for vegetarians particularly, but meat eaters might want to think twice before passing them in the supermarket too. They have one of the lowest fat contents of any protein-rich food and provide 35% of your daily iron, with plenty potassium to boot.

Strawberries, raspberries, blueberries and blackberries are fantastic antioxidants, promoting healthy blood flow round the body, which is essential for the effective building and maintenance of strong muscles.

Remember, the more muscle you have making demands on your system the fewer calories are left over to form surplus fat.