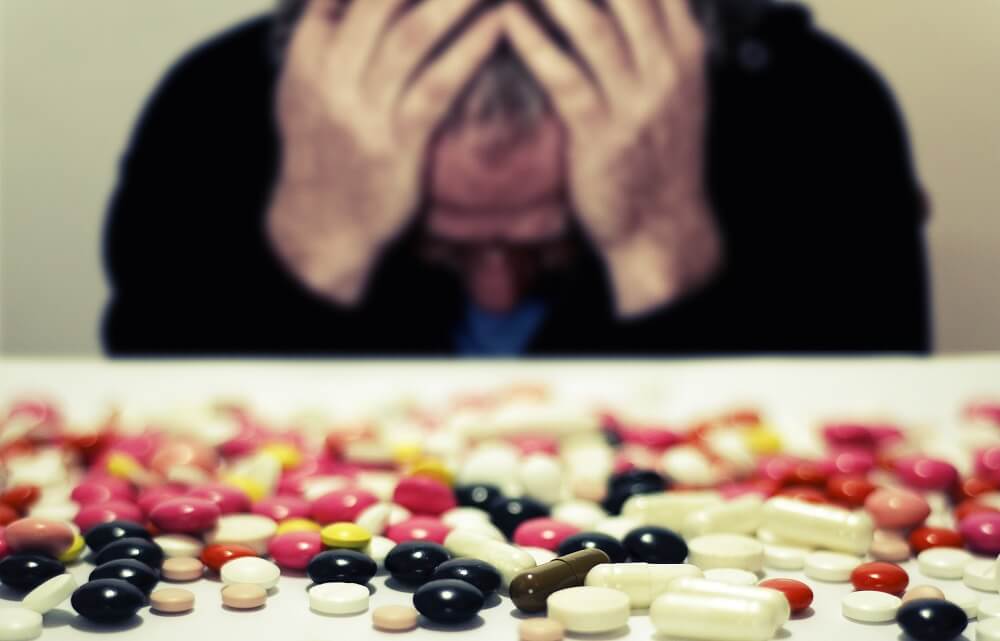 Can nootropics cause headaches? If you ever tried a cognitive booster, mental enhancer, or another type of nootropic, there’s a chance you experienced side effects after using it.

One of the most common side effects reported from supplements, including nootropics, is a headache.

But are these headaches really caused by nootropics? The father of nootropics, Prof. Dr. Corneliu E. Giurgea believed that by definition, nootropics should be without side effects.

So there you have your answer, right? Nootropics don’t cause headaches. If they did, then they wouldn’t be called nootropics.

Of course, the real truth is a little different. There are so many nootropics out there, and their quality varies a lot. This article shows you the risk factors for nootropic headaches, along with giving you tips on how to minimize the chance of getting one.

Before we delve into the nootropic headache risk factors, let’s differentiate the two key groups of nootropics: natural and synthetic.

Here at Cates Nutrition, we only write about natural, safe, and researched nootropics that have both scientific and anecdotal evidence data backing them.

Natural nootropics would include:

On the other hand, the most widely known synthetic nootropics are racetams. These include:

You won’t find any of these compounds in nature. Racetams are man-made, meaning they were artificially created in a laboratory.

Now, don’t get us wrong, just because they’re synthetic doesn’t mean they’re automatically bad for you.

The Issue With Racetams

The problem with racetams specifically, is that they don’t yet have enough reputable, long-term research behind them. As a result, no one can currently gauge all of their potential side effects.

We do know that certain racetams are stimulants. As such, they can cause headaches – just like caffeine does in sensitive users. (3)

For this reason, we’ll only be talking about natural nootropics in this post. And as you’ll see, being natural also doesn’t guarantee that it’s safe and won’t cause headaches.

By its full definition, a true nootropic will not give you headaches.

However, there’s a lot that happens in the process from when a nootropic herb grows from the ground to the user taking it in a capsule. These variables in between can potentially increase your risk of headaches.

Here are some of the biggest risk factors to look out for when determining whether a nootropic will cause you side effects or not:

Ultimately, when looking at the quality of any supplement, it all boils down to its ingredient formula.

Not all nootropics are meant to be combined. A wrong combination can cause headaches and other side effects.

Adverse interactions between nootropics are common, mainly due to the popular practice of stacking. Stacking is simply a term for combining multiple nootropics together.

By stacking the right nootropics, you can unlock some impressive mental benefits. But stack the wrong ones, and you might experience side effects. Here’s why this happens:

The best option is to look for premade nootropic stacks that scientifically explain how and why they use different nootropics together. This is a sign of careful and strategic stacking that prioritizes your safety.

One of the best ways of assessing nootropic safety is by looking at the experiences of others, as well as the research behind it. We can dissect this into two categories:

Lion’s Mane Mushroom is a great example of a nootropic with both clinical, historical, and anecdotal evidence backing its safety.

When you take a nootropic that uses high-quality forms of ingredients, its safety might be higher compared to cheaper nootropics. For example:

Even if a nootropic has top-notch ingredients, if it’s produced in a dirty and unsafe facility it can be contaminated with toxins and other substances.

To ensure such nootropic doesn’t land in your hands, look for GMP certifications on the product. GMP stands for Good Manufacturing Practices. It regulates the quality of production and ensures that the nootropic was produced in a safe and clean facility with high manufacturing standards.

You know those “other ingredients” listed on the label, sometimes written in very small letters? Well, the more of them there are, the higher the risk of side effects. Sometimes the producers will put a bunch of cheap fillers and additives to save on the cost of manufacturing, but at the cost of you, the customer.

If you see any of these on the label of a nootropic, we suggest steering clear of it:

Nootropic formulas that care about their users will also avoid allergens such as dairy. Nootropics with clean delivery of ingredients will ensure that you reap the full benefits of the product, safely.

How You Use Nootropics Matters Too

Sometimes you can get the best nootropic produced under the highest quality conditions, and you can still experience side effects. How? By not following the dosage instructions.

Some people take a supplement more frequently than recommended. Or take a too high dose. And then they wonder why they got a headache from it.

Two examples of a person experiencing side effects from a nootropic misuse (either intentional or unintentional) include:

One sure way to get side effects from a nootropic is to take servings too many times over the course of the day. By doing so, you pass the safe tolerable limit of the supplement.
The safe daily intake varies greatly from ingredient to ingredient, so if you take nootropic stacks with multiple ingredients, you need to be extra careful to follow the label instructions. For example:

Again, make sure to follow what the manufacturer states. You can also cycle the supplement on and off to offset the build-up of ingredients past the safe limits.

One of the most common reasons why people get nootropic headaches is because they take too much at once.

They don’t feel the nootropic working immediately, so they increase the dosage hoping to get better results. But they only get a rude awakening in the form of a nasty migraine.

Stick to the serving size recommendations, be patient with the product’s effects, and you will not have to face these problems.

Nootropic Headaches due to Lifestyle and Genetics

The most unpredictable factor of nootropic side effects: individual differences.

Every person has a unique genetic make-up. What’s more, lifestyle factors such as diet, exercise, and prescription pills also play a huge role in how a nootropic will work for you.

While most people report only the benefits of a nootropic for their cognitive power and mental wellbeing, some might experience a headache from the same compound. Then there are people who experience no effects.

This underlines the importance of conducting human clinical trials with large sample sizes. This is the best way to gauge nootropic’s safety and reliability for most people.

Conclusion on “Can Nootropics Cause Headaches”

Taking the right nootropic can give you life-changing results in terms of your mood, cognition, memory, focus, and motivation. However, with so many nootropics out there, it’s easy to stumble upon one that doesn’t work or worse still, causes side effects.

While headaches are a common side effect of supplements like nootropics, there are ways to avoid them.

Checking the ingredients to make sure they’re proven to be safe and reliable, choosing a company with a high reputation, and looking for certifications such as GMP on the product. These are just some of the things you can do to gauge the nootropic’s safety.

Even with all these precautions in place though, it’s still possible to get headaches from certain nootropics. It all boils down to our individual genetics. If you have any questions, it’s always best to talk to your doctor before taking any new supplement.