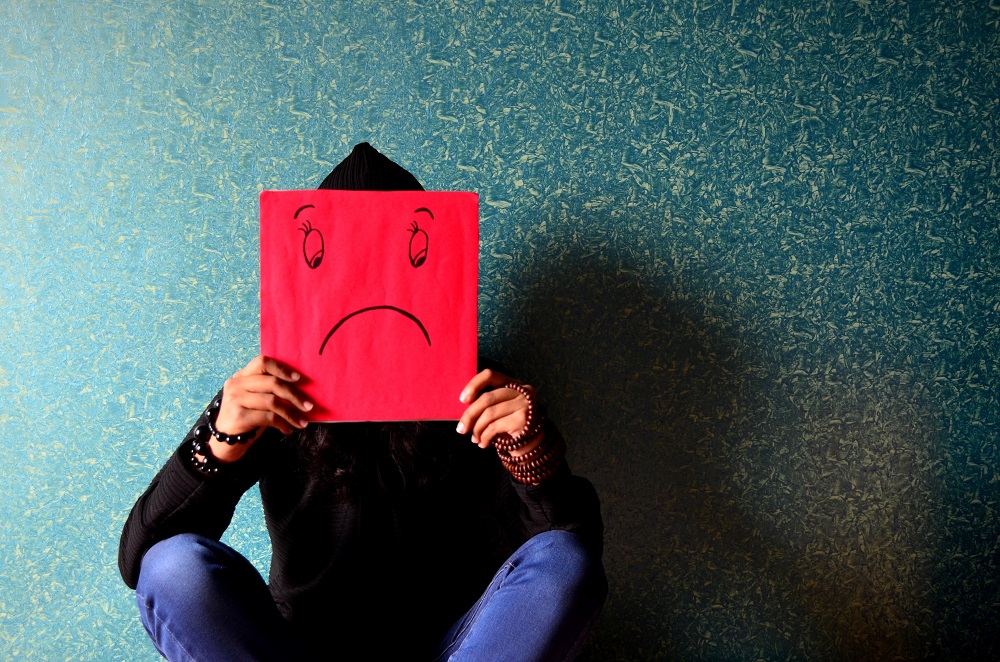 Depression is a serious mental disorder that can affect people of all ages.

We all know that depression makes people sad and unmotivated. But did you know it also impairs cognitive performance?

That’s correct; depression negatively affects your memory, focus, motivation, and mood. And it usually lasts for months or even years.

However, certain nootropics can help counter these cognitive impairments by bolstering your resistance to stress and depression.

Before we learn about the best nootropics for depression, though, let’s find out more about this mental disorder first.

Are Depression and ‘Sadness’ The Same?

If you’re wondering if there’s a difference between depression and just feeling sad, let me tell you straight away:

There’s a huge difference between the two.

First off, clinical depression is characterized by loss of hope and zest for life, lack of drive to get out of bed, and feeling a particularly insidious kind of sadness.

For example, people with depression often don’t have the motivation do things they once loved. E.g. playing your favorite sport or just hanging out with your friends.

Almost all of us have experienced something similar in our lives.

Bouts of sadness that come and go.

But the issue with depression is that these episodes are way more severe and last for months or years.

And in depressed people, this can seem like it’s never going to end.

There are different types of depression, as we’ll explain below.

How to Tell if You Have Depression

Depression is more insidious than you may think.

For some people, it can sneak up on them and they won’t even notice it developed. That is, until it progresses and becomes more severe.

These are the most common symptoms of depression:

As you can see, it’s easy to mistake depression with something else. Such as general low mood, lack of motivation, anxiety, etc. That’s why it’s sometimes difficult to diagnose.

Not only that, it’s clear depression doesn’t just affect your mood. It also has a negative impact on your cognitive abilities and sleep.

In other words, it negatively impacts all areas of your life.

How Depression Affects Your Brain

Depression can severely impact the growth and repair of your brain cells.

BDNF, or Brain-Derived Neurotrophic Factor, is a protein that stimulates the birth of new neurons in the regions of the brain that link to memory and learning. (3)

And according to studies, stress and depression impair BDNF release in the brain. (3)

Needless to say, this can lead to poor memory and cognitive function.

Therefore, boosting BDNF with nootropics is an effective way to counter these depressive symptoms.

Now, in addition to BDNF, we also have Nerve Growth Factors (NGF). This is another type of protein that boosts the growth of new nerves.

Much like with BDNF, low Nerve Growth factors link to symptoms of depression. As this study shows. (4)

Depression doesn’t just impair your memory; it also reduces your brain’s ability to concentrate and focus on tasks.

Luckily, this is where nootropics prove useful. Certain nootropics, such as L-Theanine, boost alpha brainwave activity.

Additionally, some nootropics also reduce glutamate activity in the brain.

Glutamate is an excitatory chemical, which can overstimulate people’s neurons to death.

Depression has a huge impact on motivation. Some studies even suggest that depression is “a deficit in motivation”. (6)

This is why depressed people lack the motivation to do things.

Now, you might be asking: what’s causes these imbalances in pleasure and expectations in the first place?

Dopamine is your brain’s chemical for reward and pleasure.

There are a number of brain regions that regulate dopamine (7):

An imbalance in any of these areas can cause problems with dopamine.

But by keeping these brain regions working optimally, you can alleviate low-dopamine-induced depression and maintain peak cognitive function.

A study has found that improving dopamine – and thus motivation – helps us stay focused on our tasks when feeling down and depressed.

Fortunately, there are numerous nootropics that address this. They help regulate dopamine, and by doing so, reduce symptoms of depression.

This is due to many factors, one of which is cortisol.

While cortisol isn’t inherently bad for us, it becomes dangerous when constantly elevated. Which is exactly what happens in most people’s lives nowadays.

In addition to cortisol, stress also drains your catecholamine neurotransmitters. Including dopamine, adrenaline, and noradrenaline.

However, here’s some good news:

By reducing stress hormones with nootropics, you help maintain a positive mood. And along the way, you reduce the chances of getting depressed.

Believe it or not, but depression significantly impairs your memory and learning.

A 2014 study shows there’s a strong link between being depressed and having memory issues. (9)

Studies show that depression reduces your speed of processing information. This negatively affects our ability to encode and retain that information.

This also means that depression messes with your ability to gain new knowledge.

However, nootropics can help counter this by boosting neuron signaling in regions that link to information and memory processing.

In other words, nootropics help maintain your memory and cognition that depression would otherwise negatively affect.

Depression gets in the way of these critical functions. Leading to poor cognitive performance.

A study showed that people with depression perform poorly on various executive tasks.

On the other hand, healthy people had much better scores on these tests.

With nootropics, it’s possible to counter some of these symptoms. That’s because nootropics improve executive functions, helping depressed people maintain cognitive performance during the blues.

The truth is, anxiety and depression are interlinked. (11)

In fact, half of the people who have anxiety also have depression.

What’s worse, they can give rise to each other. Meaning, anxiety can make a person develop depression and vice versa.

Therefore, by using nootropics to deal with the symptoms of one disorder also helps prevent the other from arising. 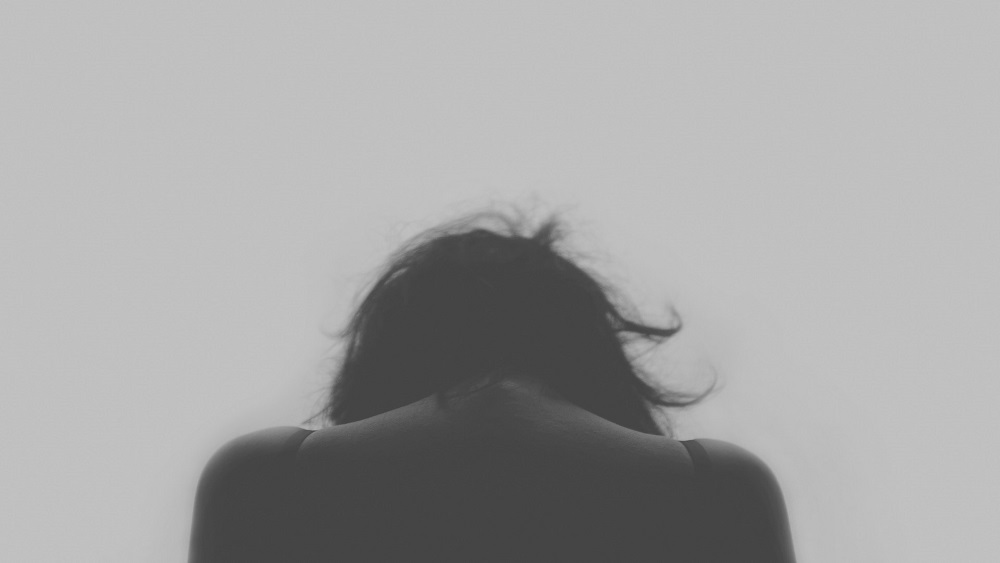 How You Can Fight Depression

There are a number of ways to fight symptoms of depression.

Some experts use psychotherapy, others suggest doing yoga and meditation, and some even recommend pharmaceutical antidepressants. (12)

However, none of these methods don’t necessarily treat cognitive symptoms of depression. Such as the inability to focus, lack of motivation, poor memory, etc.

Meditation is one of the most effective natural ways of alleviating depression.

Not only that, meditation is shown to protect your hippocampus. An area of the brain critical for learning and memory. (13)

Yoga is another form of meditation which combines body movements and breathing techniques to create harmony between your body and mind.

Much like with meditation, research supports the benefits of yoga. Studies show it boosts mood in depressed people.

However, it appears that yoga is most effective when combined with a health treatment specific for your diagnosis.

Psychotherapy helps you understand your emotions and behaviors on a deeper level.

During psychotherapy, you learn what may be causing negative behaviors and emotions to arise, which can help reverse them.

Psychotherapy is a broad term; it can also involve other techniques such as cognitive behavioral therapy (CBT). (14)

Vitamin D deficiency is one of the major causes of depression. Especially in elderly who don’t go out in the sun often. (16)

What’s more, people with SAD (Seasonal Affective Disorder) are at most risk here. They’re particularly vulnerable to experiencing depression from a lack of sunlight.

Light exposure therapy is one way you can treat vitamin D deficiency.

Another method is to simply take a high-quality wholefood multivitamin. Taking it daily will provide you with enough of this nutrient for your mood to improve.

Medications such as SSRI’s work by inhibiting serotonin from breaking down in the brain. This leads to elevated levels of this neurotransmitter, and consequently, improved mood.

Other depression medications work in different ways; some regulate serotonin, and others dopamine, depending the specific symptoms of depression.

Unfortunately, many antidepressants only address your mood. But they don’t improve poor memory and cognition that often accompany depression. (17)

Most Effective Nootropics For Depression

While nootropics can’t treat depression, they can boost your mood and cognition during times when you’re feeling down.

Without any further ado, here’s the list of the best nootropics for depression and cognitive issues that accompany it:

CDP-Choline, aka, citicoline is one of the best nootropics for depression. And we have research to prove it.

These people were split into two groups.

The study results showed that CDP-Choline can be beneficial for fighting mood symptoms of depression.

Rhodiola enhances your serotonin and dopamine in the brain.

It also reduces cortisol, the stress hormone that can have a negative impact on your neurons.

According to research, Rhodiola is particularly effective in those suffering from mild to moderate depression. The effects were comparable to the anti-depressant drug Zoloft.(19)

Rhodiola also links to reduced stress, anxiety, and other mood disorders that are closely related to depression. (20)

Its mechanism of action for relieving depression isn’t known; however, we do know that Lion’s Mane promotes Nerve Growth Factors. It helps grow and repair nerves, which may be linked to improved mood and overall brain function.

Monks have used L-Theanine from green tea to help them enter states of deep meditation.

And as it turns out, L-Theanine is one of the only nootropics that increase alpha waves in your brain.

By providing these benefits, L-Theanine can help alleviate some symptoms of depression.

In fact, one study shows that L-Theanine reduces anxiety, mood swings, and cognitive impairments. All of which are closely linked to depression. (22)

On top of everything, L-Theanine helps reduce stress by lowering cortisol. It also reduces glutamate, an excitatory neurotransmitter which can cause neuron death by overstimulating the brain. (23)

Bacopa helps boost serotonin in the brain, leading to mood elevation. The ayurvedic herb is also famous for its memory-enhancing properties, which can help people who experience cognitive and memory issues due to depression.

B vitamins, especially B6, B9, and B12 are critical for healthy mood and brain function.

They play a role in countless processes in the body, along with serving as building blocks for neurotransmitters like dopamine and serotonin.

So it’s no surprise that low levels of these B vitamins link to depression. (24)

Depressed people who’re deficient in B6, B9, and B12 might experience mood improvement from supplementing these vitamins.

The impact of depression extends beyond just your mood.

Yes, depressed people feel down and sad. But more often than not, they also suffer from cognitive impairments, such as poor memory, lack of focus, and low motivation.

That’s why nootropics for depression don’t just target the mood aspect of depression.

It’s important to note, though, that nootropics for depression are in no way replacement for therapy or antidepressants. But they can be of big help when wanting to reduce mood swings and cognitive problems that usually come with depression.