Dendrites are small extensions of your brain cells.

Their primary function is to receive signals from other brain cells.

You can imagine them as branches of a tree.

Much like a healthy tree has a fully-fledged canopy, healthy brain cells have fully developed dendritic branches.

In this article, we’re going to take a look at how you can potentially increase your dendrite growth and density with certain nootropics, and boost your mental performance in the process.

« Click for the highly rated nootropics »
~ Our Top Nootropics ~

Before we explore nootropics that increase dendrites, let’s quickly cover the basics first – explaining what nootropics are for those unfamiliar with them.

If you already know about the world of nootropics, you can simply skip this part.

Right, so what do nootropics do to you?

Essentially, they are compounds that enhance your brain performance in one way or another.

From improved memory, enhanced focus to elevated mood, each nootropic has its unique effect on your brain.

Now, you may wonder whether nootropics are safe and legal.

Most of them are.

But as you can imagine, not all nootropics are the same.

In this case, we can put them into two main categories:

Natural nootropics are typically herbs, vitamins, minerals, phytonutrients, and different plant compounds that are in most cases safe and easy on your brain.

On the other hand, synthetic nootropics are created in a lab. These include piracetam, modafinil, noopept, etc. And they are nothing like natural nootropics.

Now, don’t get me wrong. Just because they’re synthetic doesn’t mean they’re inherently bad. There are synthetic nootropics which have their place, and many users love them.

However, in this article, we’re only going to focus on natural and safe nootropics that increase dendrites. Those that have been proven by clinical trials for their long-term safety and effectiveness.

If you’re not familiar with nootropics, you may wonder, how do they do their ‘magic’?

The whole mechanism of action is a bit complicated as you can imagine. After all, we’re talking about the brain here.

Still, we can break it all down into several brain pathways that nootropics target:

The role of brain blood flow is not just to deliver nutrients and oxygen for optimal performance. It’s also to remove toxins and waste that could potentially damage your brain cells and lead to cognitive decline and memory issues. (3)

Nootropics may boost cerebral blood flow in many ways. First is by increasing nitric oxide levels which loosens and widens your blood vessels. Second is by protecting from homocysteine and oxidative damage on blood vessels. Third and last is by making your blood cells less sticky, which reduces plaque build-up.

>>You May Also Like: Mind Lab Pro Review – We inspected the popular “Universal Nootropic Formula”

Aging and oxidative stress slowly chip away at the brain. Unless you’re Chuck Norris, this is unavoidable.

That said, our brain naturally repairs and regrows new brain cells through the process of neurogenesis. Our neurons are in a constant cycle of growth, death, and rebirth.

A healthy brain may even allow for neuroplasticity to occur. When you learn something new or engage in new experiences, your brain creates new synaptic connections. (4)

But first, you may wonder, how do nootropics influence brain cell repair and growth?

They do it by: 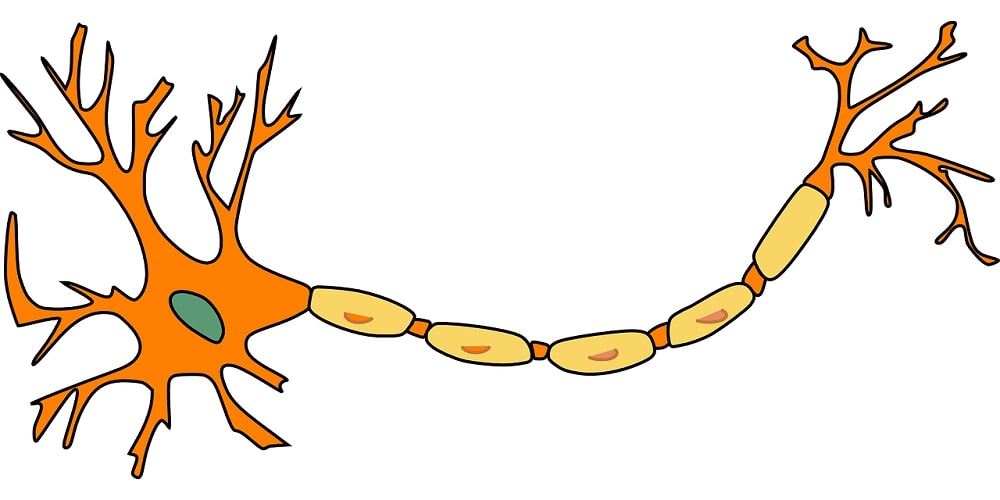 Some of the worst offenders of the brain are free radicals, inflammation, and amyloid plaque. These all contribute to the aging brain. Some of them are even linked to neurodegenerative disease such as Alzheimer’s.

Certain nootropics are backed by clinical research to protect brain cells from inflammation and oxidative stress. They’re effective even into old age, meaning it’s never too late to take them. That said, it’s better to take them now than later. (5)

Nootropics help protect the brain by:

Some of the relevant neurotransmitters include serotonin, dopamine, GABA, acetylcholine, epinephrine, and norepinephrine. They’re essential for good mood, memory, and virtually all functions of your body.

Nootropics may enhance your neurotransmitters in a few ways (6):

Nootropics may boost mitochondria activity in your brain cells, improve fatty acid delivery inside your neurons, and increase the uptake of nutrients and oxygen for fuel. In other words, they can boost your mental clarity and energy while relieving brain fog. (7)

Without any further ado, here’s the main part of this article – nootropics that increase dendrites.

It turns out, there aren’t many of them out there. Nootropics that specifically target your dendrites are rare in nature, but there are two that stand out:

Bacopa Monnieri is one of the only, if not the only natural nootropic that was clinically shown to increase dendritic branching and growth. (1)

What is Bacopa, you ask?

It’s an ancient herb that’s gained popularity lately due to its adaptogenic properties.

It’s been used in Ayurveda to improve short-term memory, information recall and processing, and mood.

The science doesn’t fully understand its mechanism of action yet, but Bacopa appears to work by:

Healthy subjects aged 20-60 received Bacopa as a part of a study. After a period of supplementation, they showed improved precision and working memory during cognitive and rapid association tests.

Bacopa seems to boost your brain’s capacity to process data and execute faster on tasks.

Make sure to look for Bacopa that’s standardized to have a high density of bacosides. These are the compounds responsible for most of Bacopa’s benefits.

Speaking of density: One of the highest concentrated Bacopa Monnieri extracts we’ve seen is found in Mind Lab Pro. It’s a so-called “Universal Nootropic Formula” that includes not only Bacopa but also other nootropics that may boost neural growth and enhance dendrite branching. Mind Lab Pro Bacopa provides a potent full-spectrum Bacopa extract with 9 of its bioactive elements. We were so impressed with Mind Lab Pro that we did a full separate review on it.

Lion’s Mane Mushroom is another nootropic that may increase your dendrite growth. Not directly like bacopa, but potentially through the increase of BDNF.

As we explained before, BDNF if a growth hormone for your brain cells. It’s what triggers the growth of new synaptic connections, as well as the repair and growth of neurons. Many things can boost BDNF naturally; including exercise, fasting, and certain spices like turmeric.

But Lion’s Mane Mushroom is the only mushroom that can do it. And it might even have stronger effects than any of the things mentioned above.

By enhancing the growth and repair of your neurons, Lion’s Mane may indirectly contribute to healthy dendritic activity and growth in your brain. (9, 10, 11)

Just like Bacopa, Lion’s Mane is found in Mind Lab Pro. We’ve reviewed these two ingredients in more detail in our Mind Lab Pro review if you want to have a look.

Overall though, including Lion’s Mane together with Bacopa seems like a promising stack for increasing dendrites.

It’s still not fully clear what triggers dendritic growth, nor what can we do to influence this process. However, certain nootropics that increase dendrites may be able to help.

One nootropic, in particular, stands out above the rest.

This is one of the only, if not the only natural nootropic that was shown to increase dendrite growth in the brain.

The other nootropic that might help is Lion’s Mane, which boosts your BDNF. Which is a hormone responsible for the growth and repair of your brain cells.

Both of these nootropics are included in highly-concentrated, standardized forms in Mind Lab Pro, which is a popular nootropic formula we’ve reviewed.