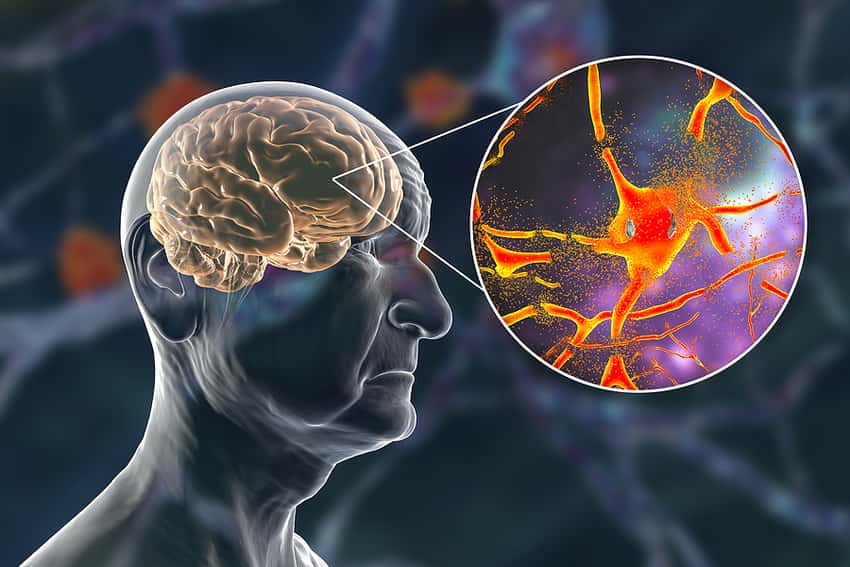 Phosphatidylserine (PS) is a phospholipid found in high amounts in the brain. Our brain cells need PS to maintain fluidity and permeability and to efficiently fire signals to one another.

As a nootropic, phosphatidylserine is shown to boost focus, improve memory, reduce symptoms of the ADHD, and blunt the stress response.

However, more and more research shows that PS’s doesn’t just offer cognitive support. Its benefits extend into the realm of physical & sports performance as well. PS is shown to inhibit cortisol, a stress hormone that effectively kills your natural testosterone production. (4)

Being the only nootropic with a FDA-qualified health claim, PS shows a lot of promise in regards to optimizing male health across all areas. Here’s the full scope of benefits it offers:

As a phospholipid, PS is found in every cell of your body. But, it’s most concentrated in your brain tissue. PS increases the efficiency of glucose (blood sugar) uptake in your brain.

When the brain has a constant and steady supply of glucose, it works better.

In addition to its effects on glucose metabolism, PS is also a vital structural component of every neuron in your brain. It makes up the outer layer of your brain cells and about 15% of your brain’s total phospholipid pool. (13)

However, chronic stress causes the adrenals to overproduce this hormone, which desensitizes your hypothalamus and hippocampus to the effects of cortisol.

This leads to a vicious cycle where the cells downregulate their response to cortisol, which makes your adrenals produce even more of the hormone. And when cortisol runs the show, testosterone levels crash.

Phosphatidylserine brings back balance to this response by re-sensitizing your body to cortisol. In the process, your testosterone is able to grow back into a healthy range. (4, 14)

Phosphatidylserine is included in Centrapeak because of its critical importance for brain health and mood.

The modern man is constantly faced with stress nowadays. Keeping stress levels low ensures that you’ll not only feel good but look great as well. Which is precisely what phosphatidylserine helps with.

As a phospholipid, PS is used in the building and repairing of your brain cell membranes. PS also protects your healthy brain cells from the collateral damage of toxic neurons when they die. (15)

Phosphatidylserine also optimizes neurotransmitters. These include dopamine and serotonin, which are known to be essential for a happy mood, motivation, and cognitive well-being.

Dopamine, in particular, is a hormone that drives you to succeed. Be it at work, in your personal projects, or in the gym.

Phosphatidylserine is also known to aid brain cell regeneration, and as such, it can promote neurogenesis.

Last but not least, your brain uses PS to create myelin sheath. This is a type of fat that encases your nerves and helps with the transmission of signals from neuron to neuron.

Phosphatidylserine is a driving ingredient behind Centrapeak‘s body and mind formula – supporting health & performance across all boards.

Due to its unique roles in brain function, PS has been shown to offer a wide variety of cognitive & mental benefits.

In a clinical study with 80 people, PS was able to reduce cortisol and Adrenocorticotropic hormone (ACTH) which regulates cortisol release following a stress test. (5)

What’s more, phosphatidylserine can also directly improve your mood. This was shown in a study with stressed young volunteers who experienced improved calmness & well-being after taking phosphatidylserine. (8)

Neurodegenerative diseases like Alzheimer’s disease are linked to the accumulation of amyloid plaque in the brain, which prevents healthy neuron communication. Studies show that PS works to inhibit beta-amyloid build-up, which may help slow down the progression of the illness. (1)

A clinical study of 51 people with Alzheimer’s showed that phosphatidylserine reduced their symptoms and improved cognitive function. (2) 300mg of PS per day also improved dementia symptoms and behavior in another clinical trial. (3)

Whether you want to improve your focus in the gym or crush it at work, PS can help with both.

Studies show us that PS works regardless of age, even in children. It significantly reduced ADHD symptoms of 236 children in a clinical trial – showing how it can be a powerful aid for boosting your focus and reducing impulsivity. (9)

In two other clinical trials with 227 adults, phosphatidylserine was able to increase memory and other aspects of cognitive performance, further indicating that PS is an all-around brain health supplement. (10, 11)

How Phosphatidylserine Boosts Your Testosterone

For a long time, scientists knew that cortisol and testosterone don’t like each other.

Your diet and exercise both play a fundamental role in creating an environment where the androgen hormone can thrive.

But there’s a third factor that naturally controls excess cortisol, and boosts testosterone as a result: supplements like phosphatidylserine.

In essence, Phosphatidylserine keeps your T levels in a more youthful range by (4):

In a randomized, double-blind, placebo-controlled study, healthy young males took either PS or a placebo pill.

After 10 days of supplementation, their cycling-induced increases in serum cortisol levels were significantly reduced by phosphatidylserine. By contrast, the placebo group’s cortisol levels remained high after exercise.

However, what was most surprising was that pre-exercise testosterone levels of the PS group were about 37 percent higher than the placebo group’s. (12)

As a result of findings like these, PS has become a more and more popular addition to sports performance supplements. Benefiting everyone from regular gym goers to endurance athletes.

Rhodiola Rosea belongs to adaptogens, a group of nootropics known to strengthen the mind and the body. What separates Rhodiola from the rest, however, is its unique ability to enhance energy levels – by optimizing neurotransmitters and stress hormones. Russian athletes have been traditionally using Rhodiola in competitions, as the herb can boost the body’s adaptation to exercise.

Together in Centrapeak, the ingredients PS and Rhodiola work in concert to protect the body from stress while giving you the energy to perform at your best.