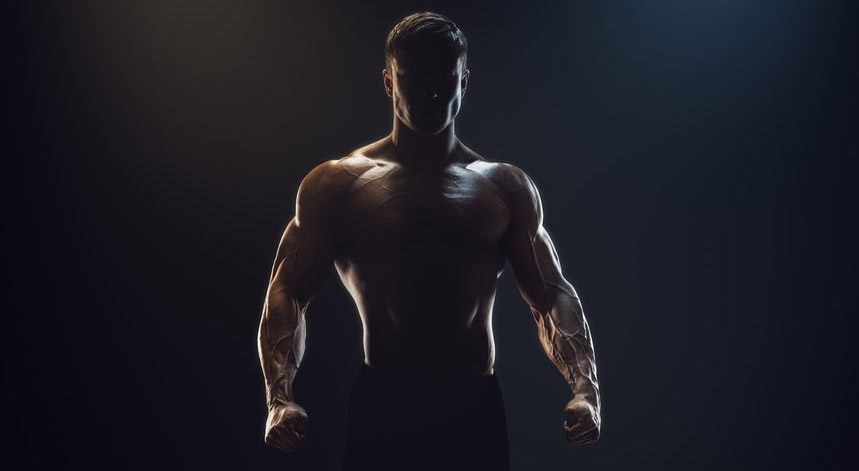 Putting the T in Diet – Testosterone As A Fat Burner

Judging by most of the poster boys you’ll see for elevated testosterone, the idea of the hormone being an effective weight loss tool may seem a little far-fetched.

Generally speaking, stick men those lads ain’t. An important distinction to make though is the difference between bodyweight made up of healthy things like impressive muscle mass or strong bone density, and entirely useless excess fat.

The vital role testosterone plays in promoting the former is well known, but increasing evidence now suggest it may also serve as the ultimate inbuilt fat buster as well! Here we explore the hormone’s potential as a natural means of staying in optimal shape.

There is longstanding scientific consensus on a link between testosterone and body fat, so strong is the connection in fact that in a 2012 New England Research Institute study of 1,822 men, waist circumference proved to be the single most accurate predictor of male hormone levels, topping even age or lifestyle.

The only real question to this point had been the exact nature of the relationship. Because fat contains aromatase, a protein which slows production of testosterone and converts it to the female hormone, oestrogen, it was traditionally understood that excess weight led to low testosterone.

However, in 2014, an Australian comprehensive review of research on the subject, found that there was “ample evidence, both from experimental and human studies, to suggest the reverse.”

The paper wasn’t saying that surplus weight doesn’t still negatively impact testosterone, as it undoubtedly does. The authors simply acknowledged the association was far more ‘bidirectional’ (a two way street, to you and me) than originally thought.

The Extreme Example of Steroids

Of course slightly less ethical support for the fat burning properties of testosterone has been around for decades in the form of highly controversial anabolic steroids.

Anabolic steroids are artificially replicated hormones which when injected into the system, massively increase testosterone levels, pushing them well beyond the body’s natural threshold.

Research carried out by a team at the Charles R. Drew University of Medicine and Science in Los Angeles demonstrated doses of testosterone alone bring about muscle growth and fat loss in men without them lifting so much as a finger (never mind a barbell).

The study not only showed that testosterone itself is a successful fat burner, but that the higher testosterone levels, the better the effects. This is why steroids are still a temptation for some. Fans of achieving extraordinary results with needles (who refused to make the switch to quilting when the dangers of the drug became obvious) still claim the fluctuation of testosterone within a physiological normal range (this scale is up for debate, but most agree it’s usually between 200-1200 ng/dl) is not enough to produce results.

So, is it possible to raise our natural testosterone high enough to blitz unsightly fat without putting our health at risk with steroids?

In a word, hell yeah it is! Okay, so that’s four, but let’s keep our eyes on the prize here. Remember the ‘ample evidence’ the Australian study talked about? Well let’s take a look at some of it, it’s certainly not hard to find. For a start the Charles R. Drew study often cited as proof of needing huge amounts of testosterone to burn fat, never actually went outside normal parameters.

It found that when they decreased their subjects’ testosterone levels with medication from 600 ng/dl to 300 ng/dl (well within the hormones normal range you’ll notice) overall body fat increased by 36%.

A clinical trial of testosterone supplementation on obese rats found that the additional hormone not only significantly decreased weight but improved insulin sensitivity. Good insulin sensitivity is important because it allows the system to take up more of the calories we consume and burn them off as energy rather than storing them in the in the body as fat.

Unfortunately this particular study also noted a rise in the rats’ blood pressure. Work done at the Centre for Diabetes and Endocrinology in Barnsley, UK, on men with both low testosterone and type 2 diabetes, similarly found that by bringing hormone levels back within normal range researchers were able to provoke several positive results, including a reduction in body fat, an increase in insulin sensitivity and crucially no negative effect on blood pressure.

There are plenty more studies beyond the ones mentioned above – in vitro, ex vitro, animal and human, you name it – which prove testosterone is one of our best allies in the battle of the belly, but it even makes sense from a purely common sense standpoint.

We know testosterone allows you to more easily develop muscle; muscles require the burning of vastly more calories, even while resting, which means less of what we consume is left literally hanging around as unsightly fat. Maybe I should just have said that to begin with.

In any case, striving to keep your testosterone naturally high is a great way to ensure that that troublesome body fat stays at a minimum and that you’re stretching out your t-shirts for all the right reasons.