Oxy Shred Review – the HighMark Nutrition version, not the EHPLabs one

This reviewing lark would be a lot easier if supplement names were like car number plates. One per product. First come, first sold. Unfortunately, they’re not, you’ll get the odd doppelganger.

So the first thing to do if you’re interested in Oxy Shred from HighMark Nutrition is not to confuse it with Oxy Shred by EHPLabs.

There’s one way that supplements are similar to cars mind you. It’s really not about the paint job. All that matters is what’s under the hood, how it preforms and if it can get you where you want to be.

Annoyingly, Oxy Shred stalls the minute you turn it round to check out the ingredients because instead of a full list of components and their amounts, we’ve got 3 proprietary blends. Names then, but no individual dosages.

We hate blends, there’s no legitimate excuse for them. However it doesn’t instantly make for a bad burner so, as far as we can, let’s see what we’ve got.

OxyBurn’s biggest problem is the proprietary blend. Caffeine is usually a great in a burner but as an unknown part of a 450mg mix it could be an issue. Too little is ineffective, too much means side effects. We can’t be sure there’s enough of the mood and focus boosting choices it’s alongside either. Likewise Glucomannan which is ordinarily a good way to cut down cravings.

Green tea is great, but shouldn’t be scrapping for a share of just 40mg, especially not against raspberry ketones which are useless. You don’t need much Yohimbe to see benefits however, so that could still be useful. Too much though can cause side-effects (which is why it’s on a list of banned supplement ingredients in the E.U.). L-Carnitine has the potential to help stamina but needs way more than just part of a 7mg blend.

The problems with the formula are somewhat offset by the price of OxyBurn. It’s around the $25 mark. Reasonable for a natural fat burner, but most of us are more interested in losing pounds than saving cash and there a definitely better options out there for that.

So you’ll probably be paying more for better brands, but you’ll be getting plenty more too.

From a purely Amazon review standpoint, Oxy Shred is killing it. Perfect 5 star rating, but you deserve more than that and a short paragraph of praise before committing to anything.

There are a few before and after pictures of first name only users to be fair, but best way to eliminate doubt is with properly in-depth testimonials. Full names, weights, photos videos, paragraphs etc. Going on retail site feedback alone is always a bit of a leap in the dark.

It doesn’t get a great Fakespot rating on these reviews, they reckon one third of them are fake. However, we have seen worse scores that this.

Trustworthiness
7/10
As far as being dangerous, you’ve no worries with Oxy Shred. It’s made in the USA on GMP and FDA approved premises. Just because something is safe doesn’t mean it’s good however.

Morris dancing is pretty safe for example. In this case we’re not crazy about the proprietary blends, especially where stimulants are concerned. Plus some quality ingredients are below active levels. 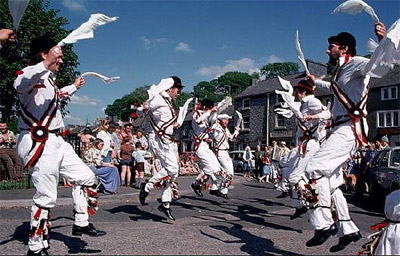 There doesn’t seem to be a lot of info out there about HighMark Nutrition as a company. All we could find was a now closed competition to help them design a new label.

We can be fairly sure they’re above board thanks to the association with Amazon, where they do all their marketing. Still, a little more background would be nice. There’s also the small matter of a money back guarantee and where to go to claim it.

Users should apparently take 1 capsule in the morning for no longer than 8 weeks, then take 2 weeks off.

This, we’re told will give you a sustained 8 hours of fat burning help. We don’t buy that because typically each serving of a booster only lasts about half that and as we’ve seen there’s nothing that special about Oxy Shred.

Any Oxy Shred Side Effects?

We can’t see much in the way of problems with Oxy Shred’s ingredient list apart from the fact that we’re unclear on dosages. Anytime that’s the case it’s impossible to rule out issues completely. If they’ve overdone it with the caffeine for example, expect headaches, nausea, insomnia dizziness, racing heart and so on.

Oxy Shred is available from Amazon.com for $25

Almost every aspect of what Oxy Shred aims to deliver on could be improved. Masses more green tea, cayenne pepper and green coffee bean would boost natural fat melting thermogenesis. Chromium and B vitamins would be a good addition to help energy levels.

If Oxy Shred was a car it certainly wouldn’t be fast lane material, more just middle of the road. Like, maybe a Toyota Corolla.