You can tell a lot about the real quality of a supplement by its staying power. What we mean by that is if it’s consistently rated among the best products year after year, it’s probably a winner.

Brilliant marketing will get you in some Top 10 lists. A brilliant formula will keep you there.

Thermakor from Kor Nutrition is a fat burner that was making waves in some 2016 lists with it’s reworked and slimmed down recipe, but it’s has gone very quiet of late. That got us to thinking, rad or fad? 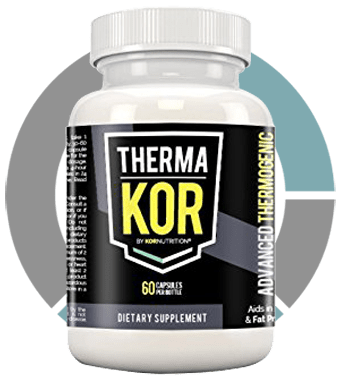 So I thought I’d take a closer look at Thermakor to see if it’s got long lasting, timeless style or more fleeting, Gangnam style. Remember that? Exactly.

On (small, label-sized) paper Thermakor has everything it needs to succeed:

Another thing the label has, which is no means a gimme when it comes to supplements sadly ,is the individual doses of ingredients.

In a change to the previous version of Thermakor, there are no proprietary blends which gives an initial thumbs-up from us. Let’s see if it can keep the feel-good going.

While Thermakor gets off to a strong start with good levels of green tea and green coffee bean, after that it a goes a little fuzzy. Ranging from the potentially useful in forslean (coleus forskohlii) to the completely useless in raspberry ketones and finally the potentially dangerous in synephrine.

Well that de-escalated quickly. Caffeine is always welcome but when paired with other stimulants as it is here, it may be too much. Overall not really worth it. Especially when also you consider…

Yes there are more expensive products out there, but Thermakor has plonked itself square in the price range of some of the best burners about. This is bad news (for Kor Nutrition) because it means we don’t have to stretch too far for a much better option.

Reviews for Thermakor are a frustrating mix of ‘Felt great’ and ‘Did nothing.’ I say frustrating not only because it means you can’t get a consistent sense of overall quality, but because often there’s not much more to reviews than that. A few words.

To make an informed choice you need detail. Full user names, body stats before and after pictures, even videos, along with a written statement. Not possible on retail sites but that’s what testimonial sections are for.

Hmm. Thermakor probably passes the trust test but not exactly with flying colors. It is safely made and they do reveal the full ingredients and dosages, but after a strong opening you’ve got meh ingredients, dud ingredients and risky ingredients. If this was a trust fall they’d catch you, but millimeters from the ground.

For all there are issues with the formula, Kor Nutrition doesn’t seem a company you need to worry about. It’s made in the USA under GMP regulations and you are offered a 30 day money back guarantee if you’re not satisfied.

That’s always better than a however many bottles free and the possibility of auto subscription. That’s provided the 30 day offer is legit of course, which to be fair it seems to be in this case. No scams or scandals to speak of.

2 capsules twice a day between meals is probably not making the most of what Thermakor does have to offer. Any supplement with even one active ingredient will give you a great flourish for a few hours after you take it, but what then?

Gradually components will naturally be metabolized and will need topped up and if you’ve only got 1 additional serving however many hours away, you’ll burner will be leaving you high and dry in between times.

125mg of caffeine shouldn’t be a problem unless you’re particularly sensitive to the stimulant. Paired with Hordenine however it may pack too much of a punch for some. (Hence the salacin to attempt to take the edge off).

Insomnia, dizziness, headache nausea, we’ve all overdone it at the coffee pot once in a while, you know the drill.

More worrying frankly is the inclusion of synephrine which when paired with caffeine can raise blood pressure dangerously high increasing your risk of heart attack and stroke. Always one to avoid.

Imagine you picked up a copy of Thelma & Louise, got it home and it was just Louise in it. You’d be annoyed because damn it, you were promised Thelma!

Thermakor has sort of the the same problem as Therma is in the title but the thermogenic profile needs boosting. More green tea would be a start and a capsicain rich ingredient like cayenne pepper.

A fiberous ingredient to keep you feeling fuller for longer and help with appetite is missing too.

To be fair it’s a lot better product now than it was a couple of years back but still needs a lot of work. It may price itself with the best in the market but it sure as hell can’t perform like them.