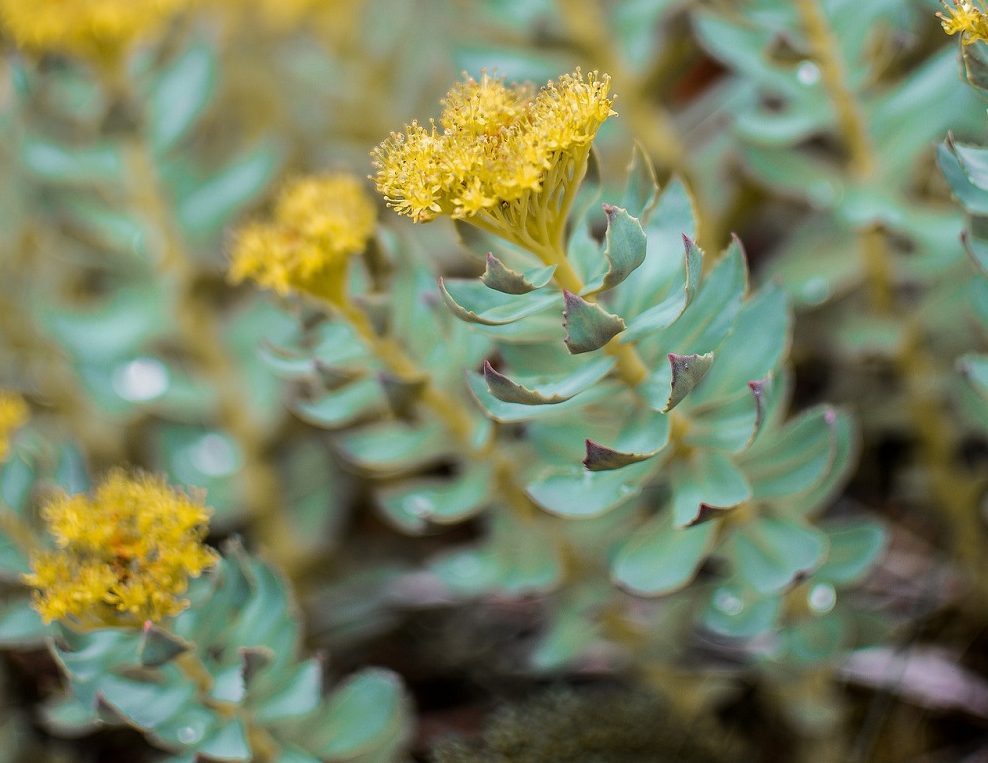 As an adaptogen, Rhodiola Rosea makes you more resilient to stress, anxiety, depression, and fatigue.

People from Russia have been using it for hundreds of years. It helped them boost their productivity, mood, memory, and mental resilience.

In terms of its strength, Rhodiola might have the strongest anti-fatigue effect out of all the adaptogens.

There have been over 180 studies done on this herb.

And so far, the bulk of the research suggests that Rhodiola Rosea helps:

In some of the studies which we’ll show you below, Rhodiola even gave prescription anti-depressant and anti-anxiety drugs a run for their money, in terms of the effectiveness.

In addition, Rhodiola is also a potent anti-inflammatory herb.

People often use it to treat headaches, chronic inflammation, infections, and even cancer. (1, 2)

This article explores the clinical benefits of Rhodiola for your brain.

« Click for the current highly rated nootropics »
~ Our Top Nootropics ~

What is Rhodiola Rosea

Rhodiola Rosea is an Arctic herb that grows in cold climates across Asia and Europe.

The first recording of Rhodiola dates back to 77 C.E. when Dioscorides wrote about its medicinal properties in De Materia Medica.

Rhodiola contains a total of 140 compounds. But only a few of those are critical for its nootropic benefits:

These chemicals need to work in harmony together for Rhodiola to be effective. Just like the nature intended.

If you wonder what kind of herb Rhodiola is, it’s called an adaptogen.

The benefits of this herb are immediate, but also long-term (5):

And it maintains your cognitive function when it matters the most.

Russians have used Rhodiola to improve productivity in workers, mental sharpness in scientists and astronauts, and performance in elite athletes.

These include sleep deprivation, athletic contests, exams, and deadlines.

And alongside boosting performance, Rhodiola also optimizes your brain pathways:

There are two main ways in which Rhodiola boosts your mental performance.

Stress can drain your brain of energy and resources. This can lead to brain fog and lack of focus.

Rhodiola counters the negative effects of stress by energizing your nervous system and boosting mental clarity.

What’s more, Rhodiola can even prevent neuron death. It also stimulates the growth and repair of injured neurons.

A study from China discovered astonishing effects of Rhodiola on neurons in the hippocampus of rats.

50 rats in the study suffered from depression caused by chronic stress.

As a result of their depression, the number of neurons in their hippocampus was significantly diminished.

These animals were split into 5 groups. Only one group took Rhodiola Rosea.

At the end of the trial, the researchers found that the number of brain cells in the hippocampus of depressed rats who took Rhodiola increased and fully recovered.

After all, serotonin is your brain’s happy molecule. And optimal levels of this neurotransmitter will keep your mood elevated.

Ultimately, the study concluded that:

Rhodiola Rosea boosts the proliferation of neurons in the hippocampus. And may reverse the damage of injured brain cells. (3)

Both anecdotal and clinical evidence show that Rhodiola regulates neurotransmitters such as dopamine, serotonin, and norepinephrine. All of which regulate mood.

A double-blind, placebo-controlled study tested the effects of Rhodiola on depressed patients between 18-70 years old.

The researchers split these people into three groups:

The researchers then recorded results of Rhodiola on depression on the first day, and after 42 days of taking the herb.

The result: both groups that took Rhodiola saw a major reduction in their depression.

Furthermore, it didn’t matter whether they took 340mg or 680mg daily, as both dosages appeared equally effective.

This suggests that Rhodiola works just fine on lower dosages.

Finally, the research concluded that when taken long-term and in the correct doses, Rhodiola is potent at reducing mild to moderate depression. (4) 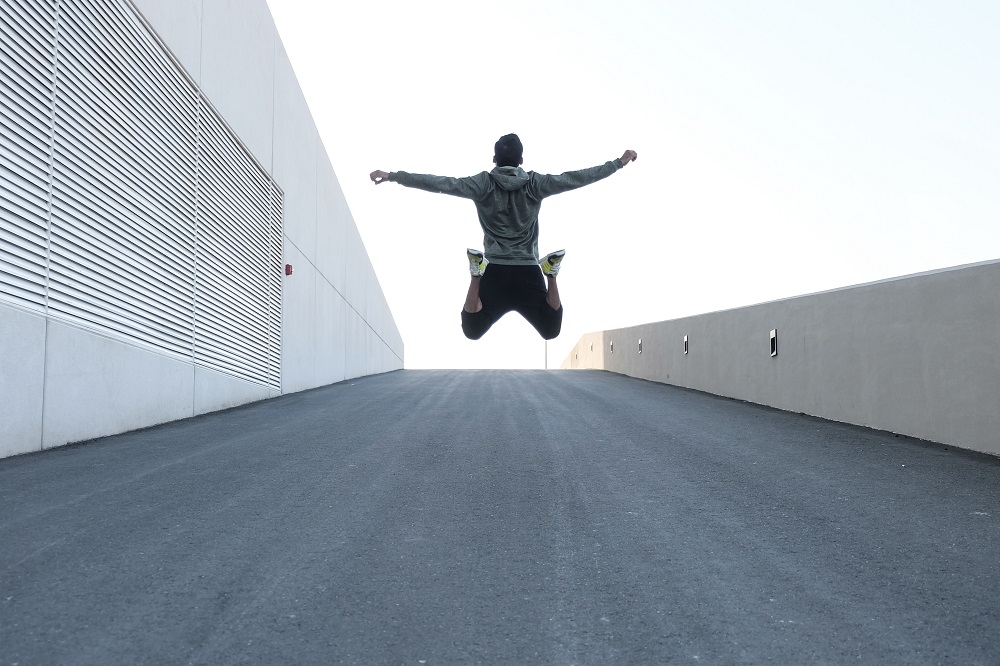 Rhodiola’s Effects on Your Brain

In addition, it also boosts antioxidant activity and anti-inflammatory processes in the brain. (6)

Rhodiola also combats oxidative stress caused by amyloid plaque in the brain. As a result, inflammation reduces too.

This ultimately protects your brain from cognitive impairment and mood disorders.

These brain chemicals are critical for mood, focus, memory, and information processing speed.

There’s an enzyme in your brain called monoamine oxidase (MAO). In essence, the purpose of MAO is to break down your neurotransmitters.

However, Rhodiola prevents this. It is an MAO inhibitor, meaning it allows for more dopamine to float around in your brain.

This leads to elevated mood, focus, and motivation. (8)

Rhodiola also inhibits the enzyme which destroys acetylcholine. As a result, it helps you maintain a sharp and clear memory. (9)

As I’ve said in the beginning, Rhodiola helps boost ATP – the energy currency of your cells.

Because of this, Rhodiola is considered a natural stimulant.

But unlike coffee, it doesn’t cause a crash or jitters.

Instead, its effects last 6 hours and then slowly taper off. Without causing you to feel mood swings.

However, a boost in ATP isn’t the only way Rhodiola increases your mental energy.

It also works by boosting your brain’s electrical impulses. In turn, this helps you to stay alert and focused on tasks. (10)

Ultimately, Rhodiola combines its neuroprotective and energizing benefits to enhance mental sharpness and clarity in individuals of all ages.

The following video by the research team at Mind Lab Pro is useful for further understanding of the nootropic effects of Rhodiola rosea;

Anti-fatigue is probably the most common adjective given to Rhodiola in the nootropic community.

And there’s a good reason for this; studies show that Rhodiola Rosea is one of the best adaptogens for erasing fatigue and boosting mental energy.

One such study gathered 161 young volunteers between the ages of 19-21.

The researchers wanted to measure these people’s stress and fatigue during mental work after taking a Rhodiola Rosea SHR-5 extract.

They also tested the efficacy of two different doses of the extract. The other dose was 50% higher.

And the best of all, the lower dose produced similar effects as the higher dose. (11) 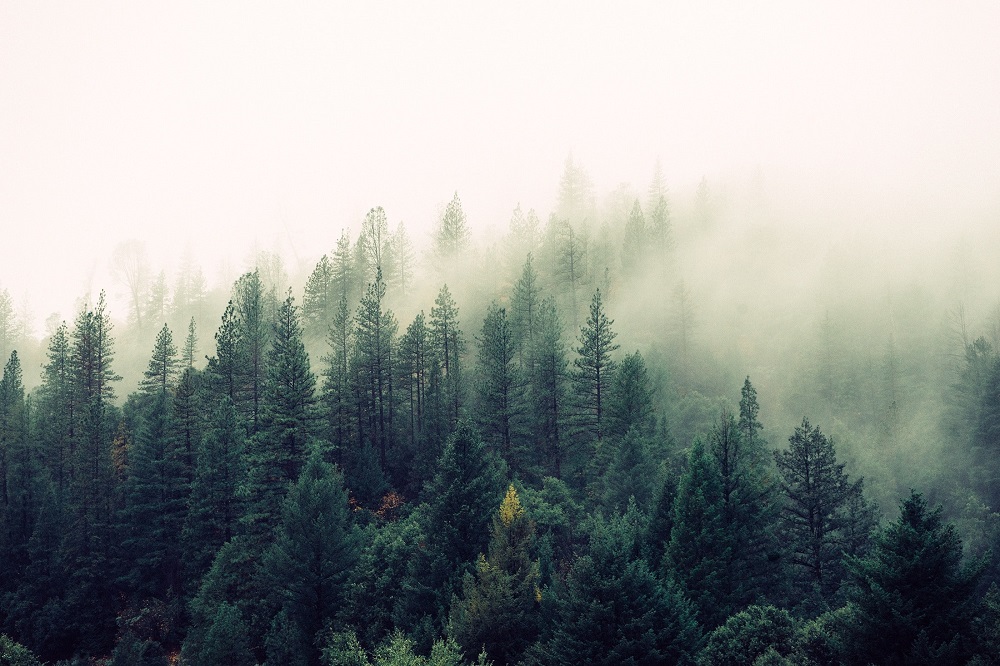 Research published in Phytomedicine compared the effects of Rhodiola Rosea with the popular antidepressant Zoloft (Sertraline) for treating depression.

Zoloft, while often effective, can also come with a slew of side effects. Including:

They split them into three groups: one taking Rhodiola, another Zoloft, and the third group received a placebo.

The trial used 3 different tests to record the depression score.

Ultimately, the researchers found that:

The researchers came to a simple conclusion: while Rhodiola was slightly less effective in reducing depression, it was also much safer and better tolerated.

In other words, Rhodiola had a better benefit/risk ratio for people diagnosed with mild-moderate depression. (12)

This study looked into the long-term effects of Rhodiola supplementation on brain performance.

In the study, there were 56 young doctors.

They were stressed from their night shift jobs but otherwise healthy.

The researchers tested these people in several categories:

The researchers tested these young doctors before and after their night shifts once every two weeks. For a total of three times.

In the end, the results showed major improvements in multiple cognitive tasks in the first 2 weeks of the trial.

Out of all benefits, the strongest one was general fatigue reduction during stress. (13)

What’s more, none of the subjects reported side effects. 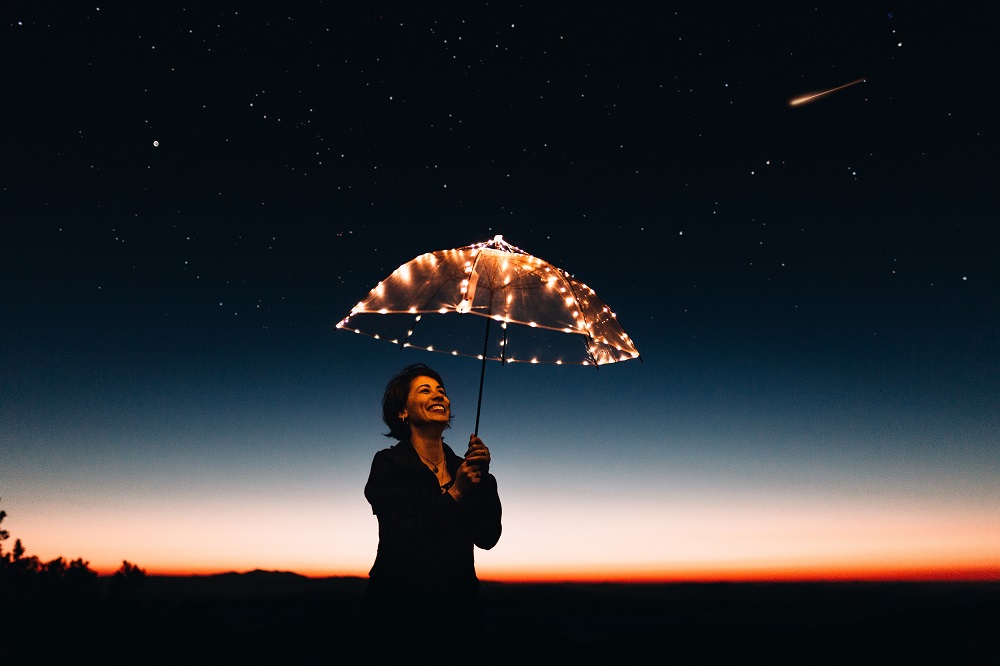 The lower dosage of 50mg is effective at reducing fatigue.

However, for short-term effects such as anti-anxiety and stress reduction, the higher dosage of 200mg seems to work better.

Studies show that raising Rhodiola dose above 680mg daily doesn’t lead to any benefits. In fact, higher dosages can actually reduce the benefits of Rhodiola.

Also, always choose a Rhodiola extract that contains 3% rosavins and 1% salidroside. A 3:1 ratio. This is how these compounds occur naturally in Rhodiola root.

Also very important: look for ingredients in Rhodiola and where it is sourced from.

Ideally, you want pure Rhodiola Rosea extract with an organic certificate. This way you know it’s free of pesticides, heavy metals, and other toxins.

The label should also say that it’s sourced from Siberia or somewhere close to that region. This is where you’ll find the highest-quality Rhodiola.

Rhodiola is a natural herb that many people tolerate very well. In most cases, it’s completely safe and non-toxic.

But, if you take too much Rhodiola (way above than recommended 680mg), you can experience:

In addition, Rhodiola is a Monoamine Oxidase Inhibitor. Or MAOI.

This means it blocks the enzymes which destroy neurotransmitters like serotonin and dopamine. That’s how Rhodiola elevates your mood.

However, if you take anti-depressant drugs that affect serotonin or dopamine levels in addition to Rhodiola, you could end up with the “serotonin syndrome.”

This is a condition where your serotonin levels are too high, which can cause a whole range of health issues. The most serious one being death. 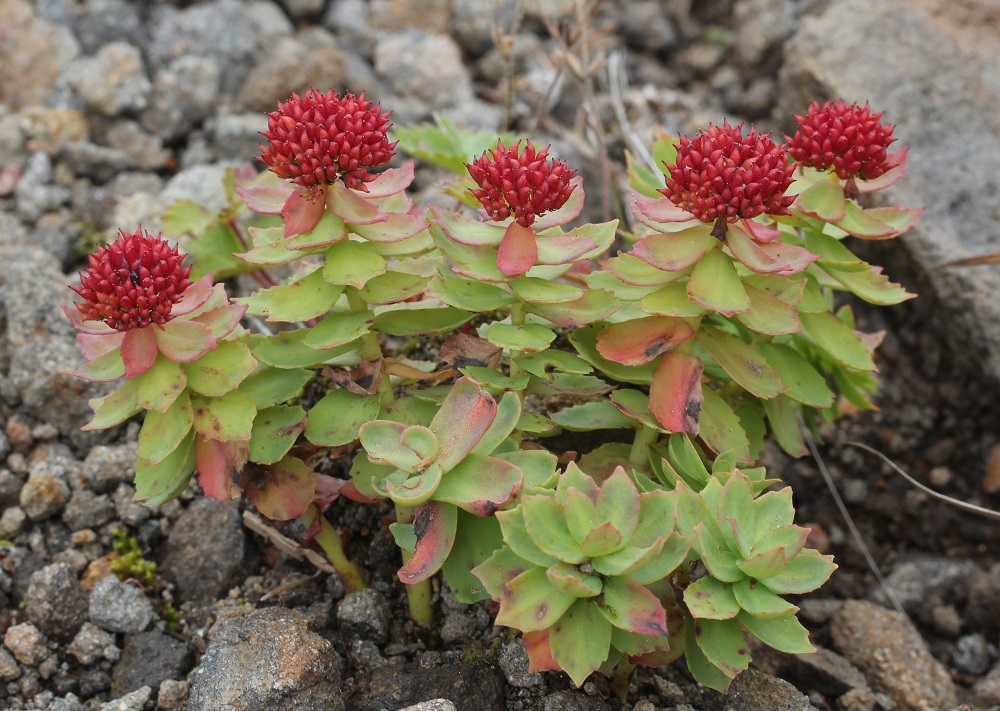 Can Rhodiola cause anxiety? Rhodiola isn’t shown to cause anxiety. It, in fact, alleviates it by regulating your neurotransmitters such as dopamine and serotonin.

Can Rhodiola get you high? Rhodiola won’t get you high like recreational drugs, but it is a natural stimulant. The effect is subtler than coffee’s, and it doesn’t cause you to ‘crash’ once it stops working.

How long does it take for Rhodiola Rosea to work? It takes around 30 minutes for Rhodiola to kick in, according to research. Needless to say, your genetics, metabolism, and food intake prior to ingesting Rhodiola all play a role in how fast it will work for you.

Should Rhodiola be cycled? Studies show that Rhodiola is safe to take long-term and doesn’t cause negative side effects. However, some users report building a tolerance to Rhodiola. If that’s the case with you, then cycling it might be an effective strategy to make it work again.

What does Rhodiola Rosea do for you? Above all, Rhodiola enhances your resilience to stress and fatigue. It also boosts your mood, neurotransmitters, and cognitive function. But Rhodiola isn’t just a nootropic for beating stress; it also helps with studying, anxiety, depression, and memory retention.

Will Rhodiola keep me awake? Rhodiola can keep you awake since it’s a natural stimulant. It increases your brain’s electrical activity, along with boosting ATP, your cell’s energy currency. Avoid taking Rhodiola late in the day if staying awake is a concern for you.

Rhodiola Rosea might be the most effective nootropic for combating stress and fatigue.

It helps the brain in a number of ways, including:

Rhodiola is safe to take for most people.

The only group of individuals that should avoid taking Rhodiola are those taking MAO inhibitors.