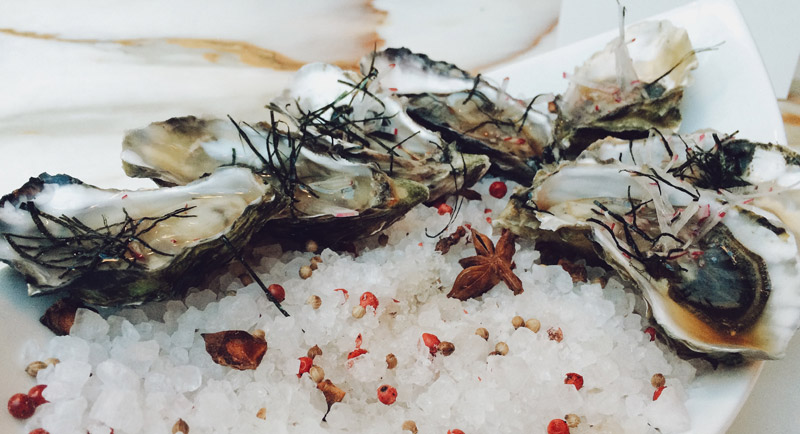 The ultimate superfood: The amazing benefits of Oysters

One of the hottest topics of debate in the fitness industry in recent years has been superfoods; supposedly the most nutritional, mineral-laden and effective natural foods known to man.

In a society that favours pre-packaged, ready-made meals which can be prepared in minutes, it is little wonder that obesity has become something of an epidemic worldwide. People simply do not have the inclination or motivation to eat healthily, which requires a bit more thought and planning as opposed to just picking up some fast food.

The reality is, eating well doesn’t have to be a chore. There are a wide variety of different options you can include in your daily diet and some of them might even surprise you by being tastier and more readily accessible than you ever imagined.

Finally, when it comes to preparing the main part of your meal, with foods that are going to truly satisfy your hunger, ditch the usual favorites such as a beef steak, breaded chicken or battered cod. Instead, try grilling a venison steak or salmon fillet, both of which are highly nutritious and just as delicious.

However, there is one superfood which stands head and shoulders above the rest, which I am going to analyse below for you.

Without further ado, allow me to introduce the most opulent and distinctively exquisite superfood know to man: Oysters. 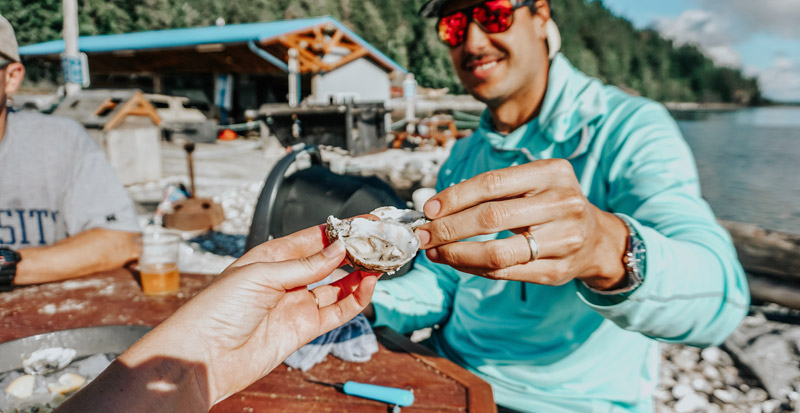 Oysters are bivalve molluscs which can be found throughout the world’s most magnificent oceans, with bumpy, rough shells making up their unique exterior. Shallow waters full of beds and reefs often contain colonies of oysters, which eat plankton, algae and other food particles.

They filter water in through their gills, which allows them to easily obtain the food contained within. Pollution and dirty water is very prevalent in the ocean’s close to major cities, which has unfortunately contributed to oysters being wrongly dubbed as ‘bottom feeders’, when in reality they are quite selective with what they ingest.

As vegetarians, they take in all kinds of vital ingredients and goodness, which humans have been reaping the benefits of for decades. Once you get past their nigh impenetrable tough outer shell, you will see its slimy wet and grey body within.

Which isn’t for the faint-hearted, but if you can hold back any gag reflexes you may have, you will be rewarded with a flavorsome and salty meal.

There are several amazing health benefits that can come with including oysters in your diet.

The benefits of eating Oysters

Oysters contain more zinc than any food on the planet, they are extremely high in calcium and iron and absolutely packed with quality protein. All of those ingredients can contribute to increasing your testosterone levels which can help in improving your overall endurance levels and promoting lean muscle mass.

But that is just the tip of the iceberg, here are the main benefits of Oysters for your reading pleasure:

One of the most common types of oysters readily available in today’s market is the hard-shelled variety, which have been proven to fight off gastric cancer cells.

90% of your recommended daily iron intake can be found in oysters, which is vital in the optimal production of red blood cells. The more healthy blood cells you have working in your body the better your organs will function and your overall metabolic rate will be higher too.

Oysters are full of important minerals with incredible antioxidative power and anti-inflammatory capabilities. They help fight off cell mutation, which can lead to cancer, heart disease and premature ageing by boosting your overall immune system function.

The potassium and magnesium content is extremely high in this seafood delicacy, which can help to significantly lower your blood pressure. Oysters have been proven to reduce clogging within the walls of the arteries which greatly aids this process.

Oysters are great for fighting lethargy and general tiredness because they contain a number of vital b-12 vitamins, which help to turn the food we ingest into energy.

Oysters are widely regarded as libido boosters, because of the high zinc content they contain which helps to significantly raise testosterone. Proven to raise the sperm count in men and help balance overall hormone function in women, this particular superfood is extremely popular among couples looking to spice things up in the bedroom.

A small 100g serving of oysters contains a whopping 17% of your recommended daily intake of protein. Your metabolism can rise drastically with enough good protein in your diet which helps to reduce fat and promote lean muscle mass.

Calcium is the most vital element in maintaining the overall health of your bones. Oysters are full of it and they also contain copper, phosphorus and selenium which help to increase bone density and durability. 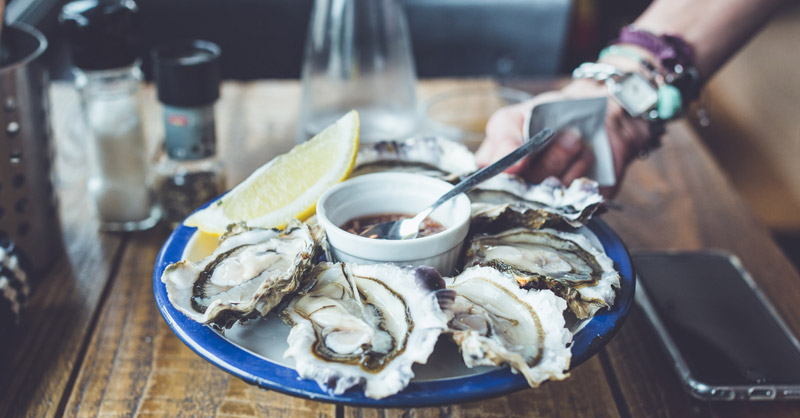 Key points to take away

Oysters are truly one of natures greatest gifts and an incredible source of goodness begging to be harnessed. Although they are generally quite expensive you will find them in any local fishmonger’s or supermarket worth their salt and the fantastic effect they can have on your overall well being far outweighs the monetary loss.

However, they are very much an acquired taste as I have previously touched upon, with a unique texture that certainly isn’t for everybody. But I can assure you if you can get past that initial ‘icky’ first impression, they can be a delectable and succulent addition to your nutritional regime.

They can also be prepared with several other tasty ingredients to complement their overall flavor, such as blackcurrants, capers, chorizo, lemon and garlic, all of which can easily be put together after one trip to your local superstore.

I encourage you to give them a try and experiment with different methods of including them in your weekly meals, but I also urge you to go and try some of the other great superfoods I have mentioned in the earlier part of this article.

Ditch your run of the mill, lazy and uninspired dietary habits and open yourself up a world of fine foods which can quite literally change your life.

What is stopping you? Get out there and shop!