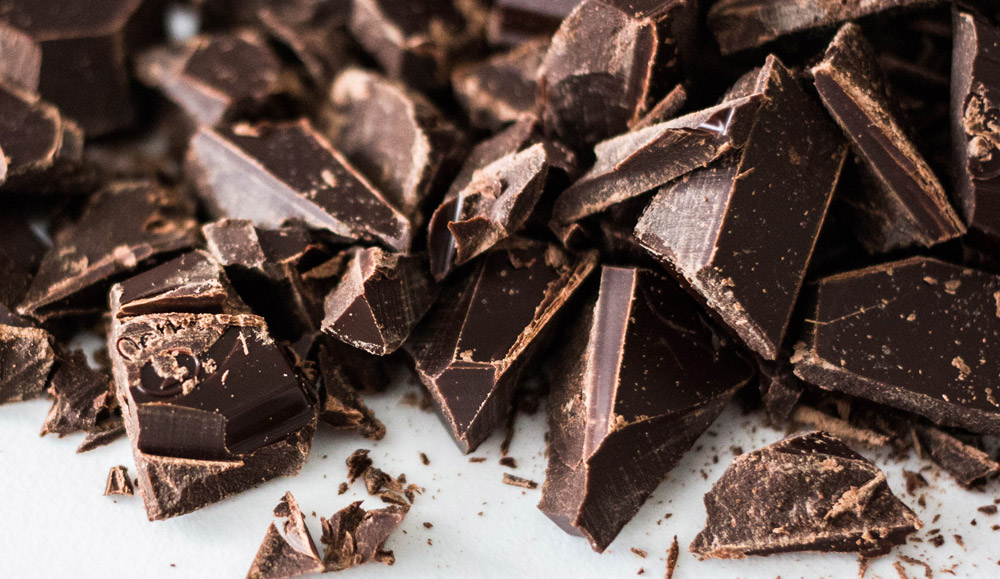 Chocolate is the best gift given to the world by the Mesoamerican people. This delightful concoction is made from the cacao bean. Chocolate comes in a few varieties such as white, milk, unsweetened and dark. It’s generally considered that Dark chocolate (DC) is healthiest of the bunch.

Dark chocolate contains a lot more antioxidant compared to other foods. Antioxidants help our bodies to scavenge for dangerous free radicals, protect against cellular damage and to impart anti-aging effects. The antioxidant power of a compound is graded based on ORAC (Oxygen radical absorbance capacity) values. Dark chocolate scores high on the ORAC scale because it is packed with biologically active compounds.

A comparative analysis published by the Chemistry Central Journal reported that dark chocolate’s antioxidant concentration was significantly superior to other sources. Flavonoids or more specifically flavanols are the class of antioxidants found concentrated in chocolate and its properties even extends to anti-inflammatory and circulatory health benefits.

Earlier we mentioned that DC has high flavanol content, this feature contributes to its protective effects on the skin. A study by German scientists found during a 12 week study that ingesting high flavanol chocolate (HFC) improved their subject’s skin hydration, density and circulation. Another study published in the journal of Cosmetic Dermatology found that eating DC can confer sun protection.

Their study included 30 participants, half of whom were given HFC and the rest were given low flavonoid content chocolate. The responding variable and photo protective indicator in this case was the minimal erythema dose. After 12 weeks they concluded that HFC intake conferred UV protection on human skin. DC may even protect the skin from UV radiation in topical preparations.

So next time you plan to vacation in a sunny locale stock up on dark chocolate in the months before.

When DC flavonoids cross the blood brain barrier improvement of cerebral perfusion and induction of new blood vessel growth is seen. A study published in the Journal of Cardiovascular Pharmacology reported that after a single dose of flavonoid rich chocolate there was an increase in cerebral blood flow amongst their test subjects.

These compounds could boost your IQ since they stimulate neuronal growth and morphological changes to the hippocampus; the brain’s memory and learning centers. DC may have neuroprotective attributes as cognitive decline and neurodegeneration seen in Alzheimer’s and Parkinson’s diseases can be offset by DC.

Chocolate for weight loss sounds outright insane and you may not believe that studies have shown that regular DC intake is linked to a lower BMI. One such study by the researchers from the University of California included 1018 subjects both male and female between the ages of 20 and 85 year with no prior heart disease, diabetes or low cholesterol. They concluded that subjects who ate chocolate more frequently had a lower BMI. Italian researchers at the University of Tor Vergata found in their study that 70% DC can lower cholesterol and abdominal girth. A likely explanation is that the flavonoid, epicatechin has an appetite modulating effect.

DC has also been credited with inducing early satiety, improved insulin sensitivity and an improved metabolism. A study published in the Journal of Nutrition and Diabetes pitted DC and milk chocolate against each other with help of 23 male subjects. After the subjects were given either DC or milk chocolate, they waited for 138 minutes and were then given a large meal. Subjects who were given DC prior to the meals ate less and were satiated earlier.

Dark Chocolate and the Heart

DC improves circulation, reduces blood pressure and platelet activity all over the body. The international Journal of Cardiology published a study that investigated the effect of DC on the coronary blood flow. After the 2 weeks they found that eating DC before echocardiogram improved coronary circulation. In Another study published by the journal of ARYA Atherosclerosis a risk reduction for cardiovascular disease was reported.

This 8 weeks study period saw DC lowering the blood pressure in diabetic hypertensive subjects. Atherosclerosis of the coronaries or any artery is aggravated by endothelial damage and platelet activation.

A study published in the Journal of Circulation evaluated the effect of DC on coronary vessels and platelet function and found after only 2 hours DC induced coronary vessel dilation and decrease platelet activation.

A 100g high quality 70-85% cocoa DC bar contains many minerals and fiber with a varying amount of sugar depending on the brand.

It also contains small amounts of selenium, phosphorous and potassium.

Eating DC in times of stress alleviates a low mood and depression. DC has a tendency to inhibit enzymes that degrades tryptophan hence more is available for conversion to serotonin. Low Serotonin has been linked to depression thus increasing availability may be the cause of its anti-depressant action. In a study by Finnish researchers a group of men born between 1919 and 1934 were followed starting in 1960. They were assessed using a mailed questionnaire and the results concluded that subjects who ate chocolate were optimistic, healthier and psychologically sound.

Many studies have demonstrated that antioxidant polyphenol compounds in DC will target insulin resistance and reduce the diabetes risk. DC induces pancreatic regeneration, improved insulin secreting mechanism, trigger hypoglycemia and improve glucose tolerance. Nitric oxide, a vasodilator will increase with DC and it provokes cellular response to insulin. A study published in the Journal of Nutrition investigated the effect of DC on insulin sensitivity and secretion using 19 subjects. After 15 days they concluded that DC improved insulin sensitivity and secretion.

The high flavonoid antioxidants in DC have potential to protect against diseases that implicates oxidative stress as a cause. DC has been shown to disrupt the start and progression of cancer and is a potential chemoprotective agent.

DC can improve vision. A study by JAMA ophthalmology compared the short term effect of DC with Milk chocolate. 30 participants were included and in the end they concluded that visual acuity and contrast sensitivity were improved after only 2 hours.