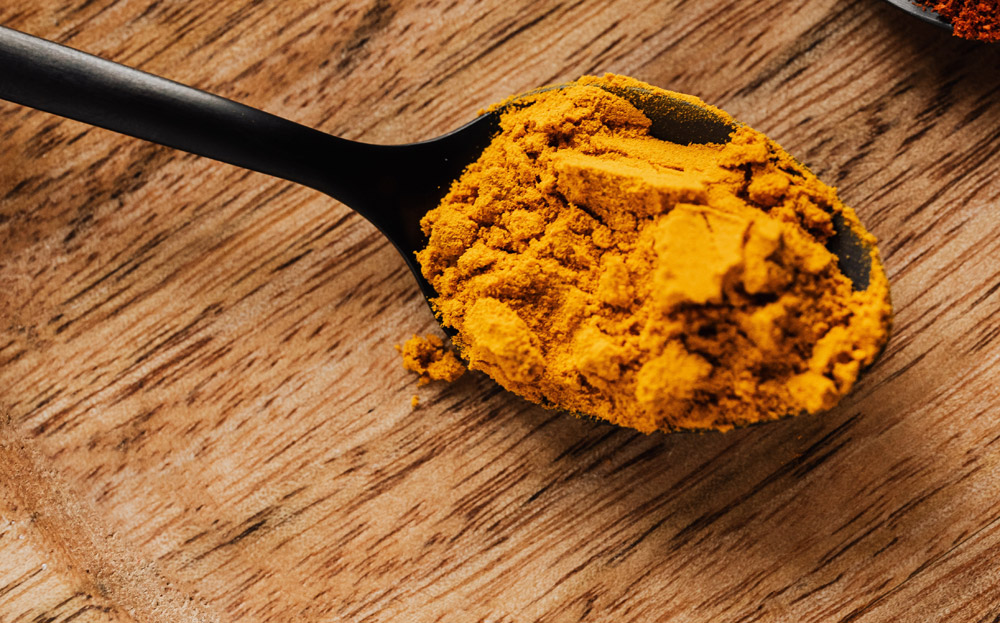 Turmeric has been a part of the Indian healing tradition Ayurveda for thousands of years.

Only recently though, studies have started to uncover what people from the East knew all along – that turmeric can benefit your health in a variety of ways.

The best-known benefit of turmeric is its ability to boost digestive and liver health. It also helps with inflammation and can aid some skin diseases.

But what about turmeric for weight loss? Can this ancient Indian spice really help you lose unwanted pounds?

That’s what we’re going to look into in this post.

Here’s the thing with turmeric – it doesn’t boost your metabolism directly. Instead, it promotes weight loss by reducing levels of inflammation within your body.

Sounds too good to be true?

Well, it’s not! At least not in this case. The fact that inflammation can cause a slew of health concerns – including unwanted weight gain – has been well researched for some time now. [14, 15]

Essentially, when your body is inflamed, your cells don’t function normally. And your organs ‘feel the heat.’

Inflammation is linked to fat-gain because as your (unhealthy) body mass increases, so does inflammation.

This creates a vicious cycle. Your inflammation increases and you keep getting more fat, and it becomes almost impossible to burn the existing body fat.

This inflammatory response by the body doesn’t only affect your fat cells, your muscles, your joints but could also hinder your immune system.

What causes this annoying inflammation, you ask? That’s a whole other topic for itself, but there are many things. Including our stressful lifestyles, lack of quality sleep (big one), and of course, our diet.

Many of the modern foods people eat today shouldn’t actually be eaten by a human. When your body digests these man-made foods, it’s causing your inflammation levels to skyrocket.

If you’re tired of never being able to achieve your weight goals, then avoiding ultra-processed foods and reducing inflammation should be one of your first priorities.

Luckily, this is where turmeric can help.

Turmeric to the Rescue

Turmeric helps you feel more energized, and it also aids your fat burning potential thanks to several elements in turmeric that inhibit inflammatory pathways.

While it’s foolish to expect turmeric’s powerful compounds to do all the heavy lifting on their own. When paired with a clean diet, they have been shown to actually ramp up your body’s thermogenic system, helping you melt pounds faster. [1]

Brown fat actually makes your metabolism faster, because it has a larger number of mitochondria compared to other cells, such as white fat cells. [2]

Turmeric for Weight Loss: The Research

Over 3000 studies have been done on turmeric in the last 25 years.

Quite a few of those have looked into its reported weight loss benefits.

Some in vitro studies show that curcumin might suppress specific inflammatory markers that have an influence on obesity. Obese and overweight people tend to have these markers elevated. [3]

Animal studies suggest that turmeric’s compounds, such as curcumin, may promote weight loss, curb weight regain (after you reach your weight goal), and enhance insulin sensitivity – making carbs that you eat less likely to turn into fat. [3, 4, 5, 6]

In terms of human studies, there’s one that stands out that showed some impressive findings. Over the course of 30 days, the 44 people that participated in the study took 800mg of curcumin and 8mg of black pepper extract – they experienced significant reductions in their waist and hip circumference, body weight, and body mass index (BMI). [7]

The fact that makes this more impressive is that these people were previously unable to lose weight.

If you’re wondering why the study included black pepper extract, it’s because it’s been shown to boost the absorption of some of turmeric’s active compounds by up to 2,000%. [8]

This all sounds great, but that’s just one study, right? Well, no in fact, there’s more that show the same results.

An extensive review of 21 studies in over 1,600 people found that curcumin in turmeric has the ability to reduce weight, BMI, and waist circumference. The review also pointed to increased levels of adiponectin, a hormone that makes your metabolism faster. [9, 10]

All in all, studies – both in animals and humans – suggest that turmeric can be one of the most promising ingredients to include in weight loss supplements.

With all of that being said, turmeric shouldn’t be looked at as a miracle ingredient, and there’s certainly a lot more human research needed to confirm to what extent it can aid weight loss.

How Much Turmeric Should You Take a Day?

For weight loss turmeric should be taken in doses of 500mg – 2,000mg per day. Keep in mind that the studies using these amounts were using a turmeric extract, not regular powder.

You’d need to consume much more turmeric powder to achieve the same levels of its active compounds (like curcumin) that are found in turmeric extracts.

In terms of forms of turmeric, you can take it as a normal spice when cooking. You can also enjoy it in your favorite beverages. Many people like to make “golden milk” out of turmeric as well as turmeric-ginger tea, which is quite a combo for digestion and inflammation.

If you’re looking to lose weight with the help of turmeric, it’s best to opt for an extract standardized to pack 95% curcuminoids, which is what will actually deliver you strong enough of a kick to make a difference.

The regular turmeric powder contains a mere 2-8% curcumin, which isn’t even close to what studies on turmeric for weight loss were using. [3, 11]

With that being said, you should avoid taking high doses of turmeric extract (over 2,000mg) for over 2-3 months as the long-term effects of high-dose supplementation aren’t fully understood yet.

And, of course, remember to speak with your doctor or a qualified MD about any health concern you might have before taking a supplement like turmeric.

What do You Mix With Turmeric to Lose Weight?

Ideally, you’ll want to mix it with green tea, and something to suppress appetite – such as glucomannan.

These ingredients are often used in the best fat burner supplements, and for good reason. They all have clinical evidence showing they attack fat from multiple angles.

Apart from that, you should ‘mix’ turmeric with a healthy diet, regular quality sleep, and weekly exercise, if you can.

What are the Negative Effects of Turmeric?

Generally speaking, turmeric and curcumin are both safe compounds.

Short-term studies show that taking up to 8g of curcumin per day has little to no risk on health, though long-term studies are lacking! [12, 13]

Despite this, you should be cautious if you have any kind of condition before taking turmeric. Taking larger doses for a prolonged period of time can put you at risk of:

If you have any of the following conditions, you should definitely stay away from turmeric and speak with your doc first:

Pregnant and breastfeeding women are another group that should avoid taking turmeric.

Even if you’re healthy, it’s important to watch out for scam turmeric supplements, such as those containing lots of fillers but very little of the active compounds. Ensure the product is certified by a third-party before buying it. For example, it should have a cGMP or NSF certification.

Conclusion on Turmeric for Weight Loss

Weight loss with turmeric is possible, but you need to pair it with a healthy lifestyle to get the most from it.

If you already do eat clean, sleep well, and are active, then you can expect turmeric to help you in a variety of areas. Including:

If you’re struggling with any of these issues, but are otherwise healthy, then you might want to consider adding turmeric to your stack to give your weight loss efforts a solid boost.