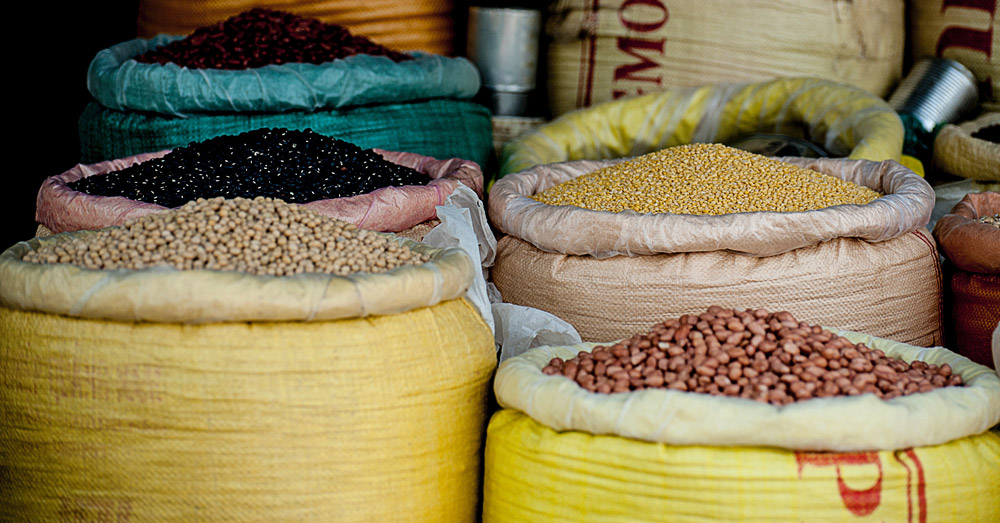 Vitamin B6 as a Nootropic

Vitamin B6 is an essential cofactor in over 140 enzymatic processes in your body.

Every single neuron requires it to work properly.

Your brain need B6 to synthesize brain chemicals such as dopamine, serotonin, and norepinephrine. All of which are important mood regulators. (2)

In fact, just a slight deficiency in this vitamin leads to downregulation of serotonin and GABA levels.

The nootropic benefits of B6 include:

Let’s take a closer look at how B6 works in your brain – including clinical evidence of its benefits.

What is Vitamin B6

Vitamin B6 belongs to the group of water-soluble B vitamins. All of the B vitamins are critical for optimized health.

But B6 might be the most important one when it comes to your brain.

See, B6 is critical for the synthesis of neurotransmitters such as dopamine and serotonin. These two regulate your mood and memory.

What’s more, B6 is 100-times more concentrated in your brain than in the blood.

This just goes to show its importance for cognition; vitamin B6 truly is a foundational nootropic for peak brain performance.

However, many people don’t get enough B6. This is a common occurrence that links to poor mental health.

Animal studies show that the brain uses 50% less glucose when there’s not enough B6 around. (1)

In other words, the brain can’t properly utilize its fuel (glucose), which can lead to cognitive impairment.

Many experts suggest raising the recommended dose for this nootropic vitamin. (3)

In addition to regulating brain chemicals, B6 also helps form the myelin sheath around your nerves. (4)

Myelin sheath encases your axons. It serves not only as protection – but also helping transmit electrical signals from neuron to neuron.

Key Benefits of B6 Supplementation

Research shows that B6 supplementation helps with (5, 6): 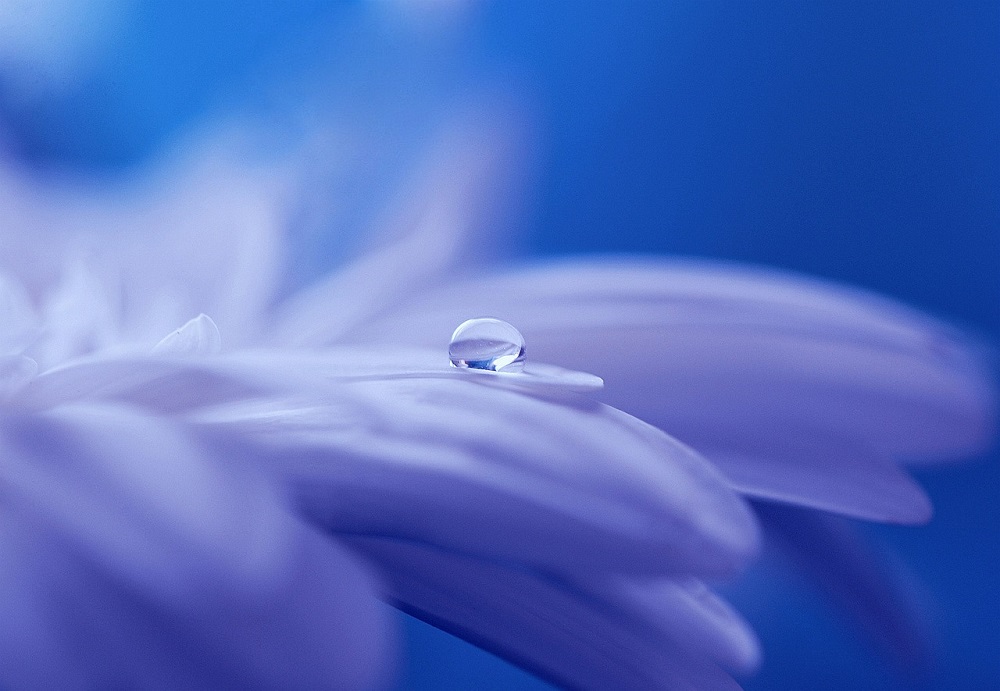 How it Works in the Brain

There are two main ways through which B6 ‘supercharges’ your brain:

As I repeated, B6 works to reduce homocysteine levels. Research showed time and time again, that high homocysteine causes inflammation in your blood vessels. Which can cause excess plaque build-up, blocking blood flow.

Reading this, you might get the idea that homocysteine is bad and has no use in our body.

But that’s far from the truth.

Inherently, homocysteine is an essential amino acid. When it’s in balance, your body uses it to create glutathione, the strongest antioxidant known to man.

However, just like with pretty much anything, it’s too much homocysteine that causes issues.

They suffered from mild memory loss and had slightly elevated homocysteine levels.

Typically, high homocysteine is a result of a deficiency in some of the B vitamins, including folic acid, B6, and B12.

These volunteers received supplemental vitamins B12, B6, and folic acid for 2 years.

Before and after the study, they went through a series of tests and brain scans to determine brain mass.

It’s well-known that as we age, brain mass atrophies. That’s one of the issues with cognitive decline and Alzheimer’s disease.

However, what this study showed was astonishing.

The brains of elderly patients who took a placebo atrophied by 5.6% during the trial.

But the brains of those who took the B vitamins only shrunk by 0.6%.

In other words, volunteers that took vitamin B supplements had 7-times less reduction in brain mass than those who didn’t take B6.

And this was just during the period of 2 years.

The study revealed that vitamin B6 paired with folic acid and B12 protects your brain density. Particularly in those areas where a loss of mass links to Alzheimer’s. (7)

Vitamin B6 has a key role in amino acid metabolism. This makes it a critical cog in the machine called brain, where it helps build neurotransmitters such as serotonin, GABA, dopamine, and norepinephrine.

Now, it’s easy to neglect the importance of a ‘simple’ vitamin for your brain.

But remember this: just a mild deficiency in B6 leads to less serotonin and GABA produced by the brain.

Which means you’ll be more irritable, less motivated to get things done, and have a worse focus.

A lack of B6 can also lead to low norepinephrine and dopamine levels. This can seriously impact your memory in a negative way.

Unfortunately, this still isn’t a strong enough impetus for many neurohackers.

Many still don’t recognize the importance of B vitamins for an optimized brain. When in reality, these vitamins should be the basis of every nootropic stack.

The study found that intake was below even in the case of most important vitamins.

You’ve guessed it, this included B6.

The researchers added that the gap between vitamin intakes and recommended doses was seen in a big chunk of the population. Despite having access to a variety of foods. (8) 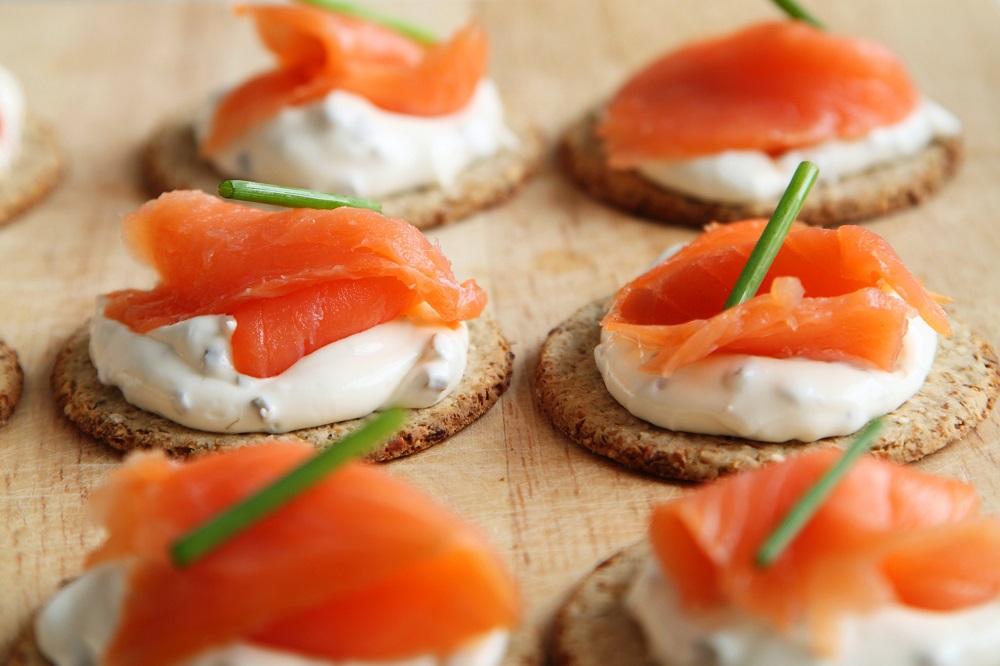 High homocysteine can not only wreak havoc on your cardiovascular system, but your brain too.

Research suggests that too much homocysteine leads to low cognitive performance. This includes learning and memorizing new information. (9)

B6 helps protect your blood vessels in the brain, promoting optimal blood flow and nutrient delivery. Thus, it indirectly contributes to your cognitive performance.

B6 essentially bolsters your blood-brain barrier. So that the right nutrients can enter the brain but toxins can’t.

In addition, B6 is critical for forming the myelin sheath. This is a fatty matter that encases and protects your brain cells.  (10)

One of the key brain pathways that B6 affects is the neurotransmitter pathway.

B6 enhances your neurotransmitters and helps produce GABA, serotonin, and norepinephrine. (11)

The B6 vitamin is also critical for the conversion of precursors to active neurotransmitters, including: 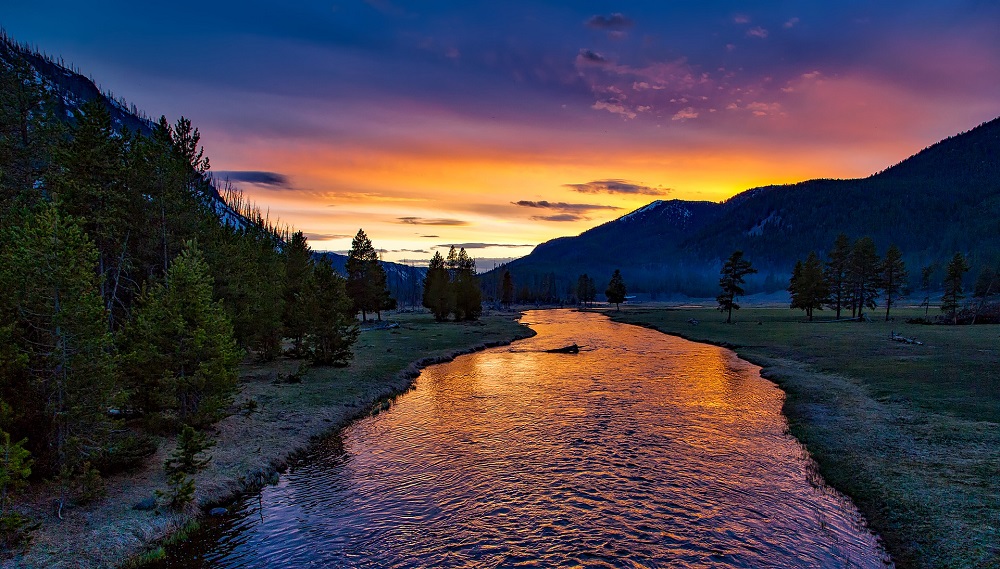 Nootropic Benefits of B6: The Research

B6 Against Anxiety Episodes

To further look into the importance of B6 in this matter, researchers conducted a study with patients who visited an emergency room due to anxiety episodes or panic attacks.

Patients who experienced panic attacks had their blood vitamins checked. The researchers tested for vitamins such as B6 and B12, along with iron.

They then compared these results with the blood vitamin levels of healthy volunteers.

There wasn’t much difference in other B vitamins.

The study ultimately concluded that low iron and B6 levels play a role in panic attacks. (12)

Some people who supplement with B6 claim that it enhances their dreams. And according to studies, they might be onto something.

The researchers gave students 100mg, 250mg, or a placebo for 5 consecutive days before bed.

Every morning after, the students reported a major improvement in dream recall, vividness, and color.

This study suggested that B6 might work by increasing brain activity and arousal during REM (rapid eye movement) sleep. The hypothesis was that this was linked to the conversion of L-tryptophan to serotonin. (13)

A study from the Netherlands made some astonishing discoveries in regards to vitamin B6 and Parkinson’s Disease.

The study recruited 5,289 volunteers aged 55 years old. For the following 9 years, they tracked these people’s food and vitamin intakes through questionnaires.

The study initially looked into the effects of high levels of homocysteine on Parkinson’s.

That’s because a lot of research suggests how vitamins B12, B6, and folate play a major role in reducing blood homocysteine levels.

However, after 9 years, the follow-up results changed the course of this study.

It turned out, after 9.7 years, 72 of those people developed Parkinson’s Disease.

Now, the study didn’t find any major reduction in Parkinson’s occurrence due to folate or B12 intake.

This suggested that high homocysteine wasn’t the culprit for the new cases of Parkinson’s Disease in the study.

The researchers were puzzled.

It turned out, nicotine combined with vitamin B6 provided potent protection of brain cells against Parkinson’s.

The researchers pointed out that B6 might protect neurons through a unique mechanism. Possibly thanks to its antioxidant effects and combination with nicotine. (14)

Disclaimer: I’m not stating that you should start smoking. Absolutely not. The dangers of smoking far outweigh the benefits. I’m just stating the study results, and the potential benefits it showed in regards to nicotine and B6 in synergy. 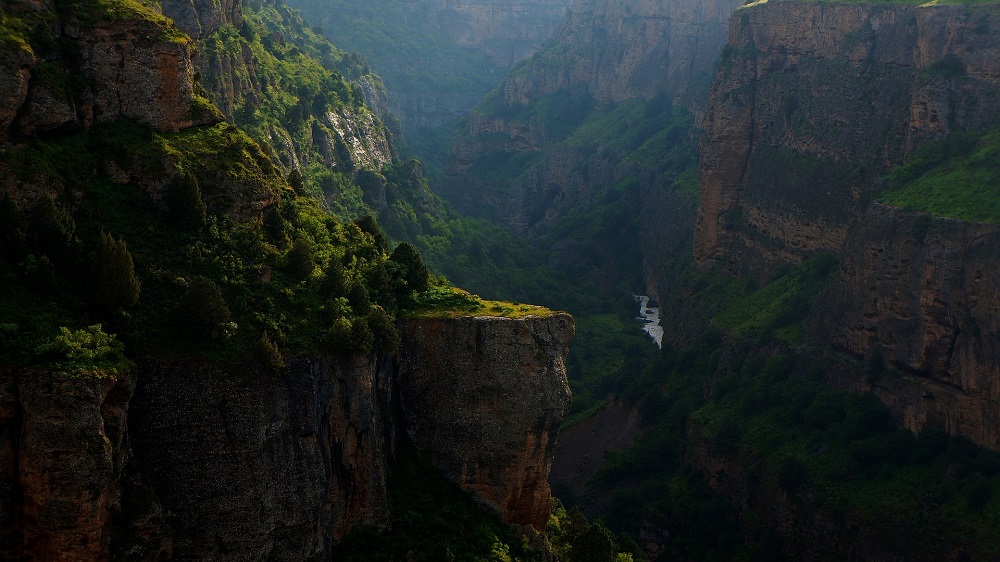 You can safely take up to 100mg of vitamin B6 per day.

The recommended form is called P-5-P, or pyridoxal 5′ -phosphate.

This is the most bioavailable type of vitamin B6.

It is also the preferred form for nootropic benefits.

At recommended doses, which are 50-100mg daily, vitamin B6 is perfectly safe.

However, it is possible to damage your brain with too much B6.

This condition is called “pyridoxine neuropathy”. It happens when you continually take doses between 200-5,000mg of B6 daily for long periods of time. (15, 16)

The symptoms include loss of tingling in feet and hands, loss of coordination, extreme sensitivity to the touch, and muscle weakness.

At low levels of B6 toxicity, we see the damage of axons and neurons which is reversible.

However, at higher toxicities with prolonged duration, the damage to the brain is unfortunately irreversible. (17, 18) 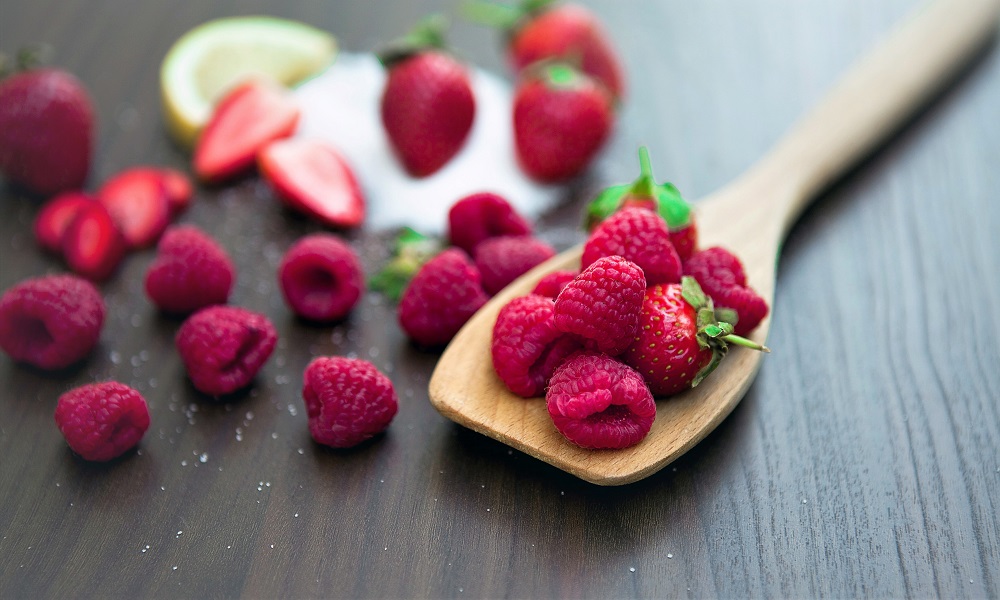 Can vitamin B6 be toxic? According to research, vitamin B6 can be toxic at doses higher than 200mg daily. Long-term, this could lead to the destruction of axons and brain cells.

Can vitamin B6 cause nausea? Although rare, it’s possible to experience nausea from taking the B6 vitamin. 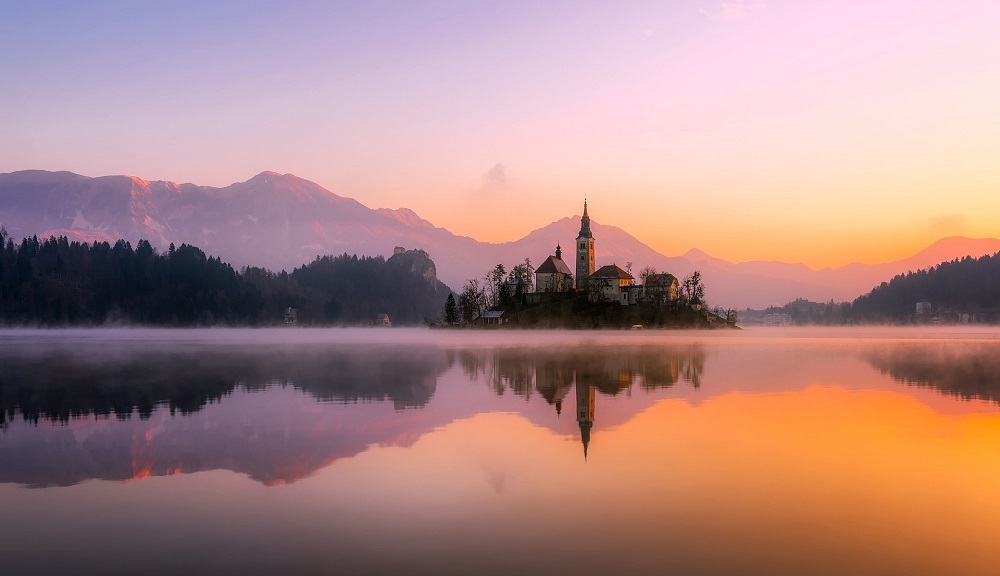 You’d be forgiven for thinking that vitamin B6 is just a vitamin, and that it couldn’t do much for you as a nootropic.

But evidence suggests this is far from the truth.

The reality is, B6 should be a staple ingredient of every nootropic stack. Without it, your brain can’t make essential neurotransmitters, and your body can’t perform over 140 enzymatic reactions.

Vitamin B6 supplementation benefits your:

And much, much more.

So before you go looking for the next ‘exotic’ nootropic with a fancy name. Make sure you’ve covered the bases first with your vitamins and minerals – including B6.